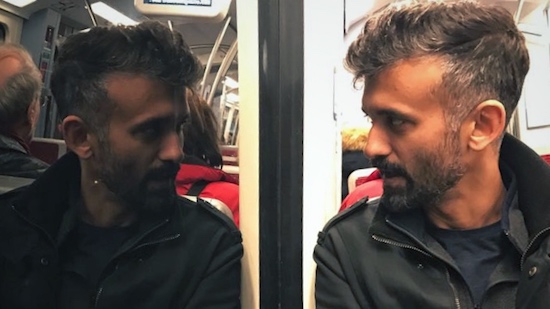 Guitarist, composer, and now bedroom producer, Samar Grewal, grew up being the kind of teenager that had a nervous energy about him. One that manifested itself as head-bobs and foot-taps – following rhythms and keeping time. Samar recently explored the idea of laying down these rhythms as scratches for half formed beats. By his own count, there are probably a few hundred licks, riffs, beats and outlines of what could possibly become songs: “I’ve been crawling inch by inch over dozens of little ideas over this period,” he says, “but I never had the belief or the discipline to develop these. Only the dumb desire.” Samar’s primary songwriting exercises over the last ten years have been scoring for theatre, dance, and the occasional short film. Any music created over this time came in little spurts, as undeveloped ideas that have, until recently, resided in a large pile of hard discs; a habit he calls a “crutch for his underdeveloped sense of self.”

It was inevitable that Samar’s solo project would be a cathartic, and perhaps, liberating experience. The new album, or collection, came to fruition as a result of this intrinsic struggle and coincided with a massively important life experience. “I’m about to become a father in a few weeks and it struck me troublingly not that long ago,” he says, “that this kind of person will not make a very good figure for a child to emulate, because that is what children do.” It’s an event that pushed Samar into moulding the little bits of music he had collected, into a project. The result is a three-volume album that is nothing short of a sonic treat. ‘Sounds are waking dreams to guide us in a sleeping world’, is an anthology of familiar lo-fi chill-hop, and innovative grooves that are split into three “mini albums”. Samar uses a variety of watery synth sounds and ambient samples (both field recordings and electronic) laid on top of catatonic beats, to create an extremely laid back and smooth sound for the record – simultaneously showcasing a vast reserve of musical influences.

Minister of the Interior – Samar’s moniker for the new project – swims in a realm concurrent with ambient music, smooth jazz and chill-hop beats – the kind that are now synonymous with Japan’s underground electro hip-hop movement. The album is almost an ode to the variety of music styles that Samar has spent a lifetime listening to, and shies away from coining itself as any one in particular. “I tire easily of genre exercises” Samar exclaims, “when I’ve done a bit of time away after the creation, it sounds to me like I made a khichdi of source code, old dream, RAM, and mood of the day.”

As a composer, this is the first time in a decade that Samar’s had the opportunity to write music freely, and not abide by any brief. Having taken time off from playing lead guitar for Delhi/Bangalore-based lofi punk outfit Hoirong (due to certain insurmountable personal struggles), he has ventured into a territory of songwriting that, though not completely unfamiliar, is certainly challenging. It’s rare for Samar to finish songs while at a desk and the majority of writing happens when he records found sounds, or whistled, hummed, and tapped motifs, on his phone microphone. Between this, and the doodling he does on his guitar, Samar explains his current songwriting manner as one that he had to gradually get comfortable with. “I usually get usable ideas when it is inconvenient to commit to them,” he says. “In fact, with the guitars too, I’ve noticed I have the bad habit of never being plugged-in when I’m playing by myself. It feels unnatural.” As a result Samar’s songwriting comes to him at odd times; “A lot while traveling, or driving. Often while drifting into sleep.” 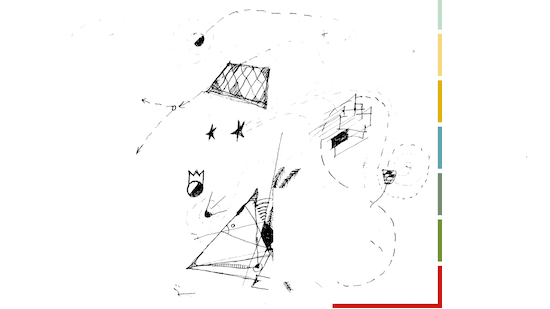 Samar for now seems to not be focused on anything other than the immediate future, which holds the release of the third instalment of ‘Sounds are waking dreams to guide us in a sleeping world’ due later this week, and a series of short videos to accompany the music. But, beyond that Samar seems slightly assured by the bank of scratches that he’s collected. There seems to be a steady focus on creating a lot more music over the next year. “Little snippets of this, that and the other have been my building blocks,” he says, “and I’m content to keep moulding them into tunes. If this stream abates, I’ll have to think of some other useful thing to do with myself.”