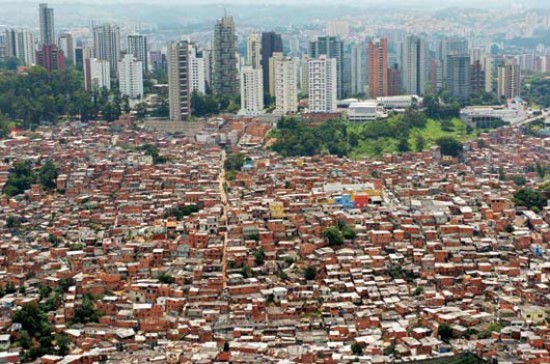 THE RISE OF ELECTRONIC MUSIC IN MUMBAI

The rhythm of Mumbai has moved from a standard 4/4 time signature to a far more complex polyrhythm over the last few decades. This is the story of that epic, but inevitable transition.

A New York Times Reporter once sweepingly summarized this city by saying, “survey Mumbai by helicopter and it looks as though it’s either blooming or being spilled.”

It captured the very essence of a city where everything is either being torn down or built up. Homes, industries, cultures, trends, people, you name it. But it also describes the city’s music scene rather aptly. Skimming the surface, the progress to today’s electronica-dominated sound is impressive. Submerge yourself a little deeper and it’s really impossible to decide whether it’s on its way to further greatness or digging its own grave.

The trick to survival lies in the city’s only truth—everything here has a limited life span. The music business seems to have understood it and barring a few very current obstacles it seems to be facing, the potential for greatness is overwhelming. 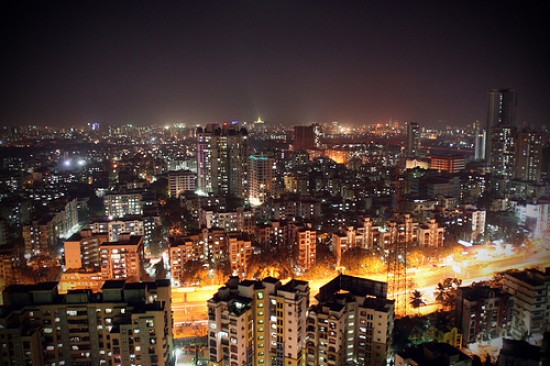 But First, A History Lesson

Mumbai wasn’t always India’s window to the world. There was a time it was still Bombay. Musically however, it was a magnet from the start. The hippie movement’s polychromatic chaos of the ‘60s and ‘70s hit hard here and with it, some of the city’s best ever venues began to freckle its face.

Rang Bhavan and Talk of the Town (which later came to be known as Jazz  By the Bay) were standard pit-stops for Jazz Yatras, Glam Rock shows and believe it or not, there was even a night in ’72 when Robert Plant and Jimmy Paige gave an impromptu performance at The Slip Disc pub. Then there were the legendary local bands of the ‘80s like Indus Creed (India’s first real rock band) who provided musical relief right through the ’80s. They made a stellar comeback recently too. In its own deliciously underground way, the music culture here was being well fed. But no one from the time could have predicted the exponential evolution it witnessed over the next 2 decades.

Followed by An Economics Lesson

1991 was the year that changed it all. Prior to this year, the city had been economically conservative at its best, downright backward at its worst. However, 20 years worth of liberalizing economic reforms sealed Mumbai’s destiny. One in which it was to become the cosmopolitan/stock-market/film  and maybe even music capital of the country. Large scale industrialization led to massive job opportunity, led to unchecked migration, led to major capitalization, led to globalization which of course gave birth to a whole new brand of youth culture. Well-informed, eager to experience, and 100% ready for the music revolution. 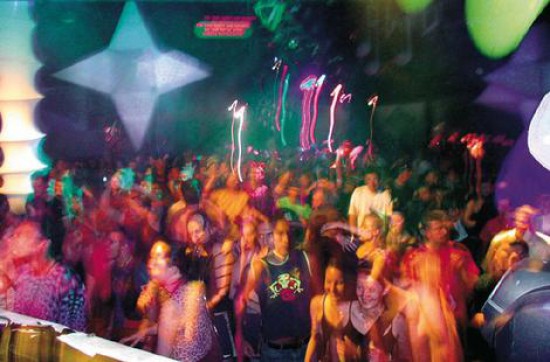 A Study in Pop Culture

The 90s saw a lot of genre experimentation. Punk rock bands like Kinky Ski Munky found a major cult following. Metal found its roots in this era too, only they blossomed well into the millennium. Think bands like Demonic Resurrection and Acquired Funk Syndrome, both of which are incidentally still going strong. Then there was Zero, Pentagram and all those legends. Venues like The Razzberry Rhinoceros (a slightly cramped ‘discotheque’ of sorts that survived until all of 1 year ago) provided major shelter to the same but they were only one of very few. And then came Mumbai’s first legitimate dalliance with EDM.

Few cult obsessions in the city have ever been as electric and alive as this one. Jeh and Ness Wadia’s Kamala Mills (once a massive cotton mill) got glo-stick happy and doubled up as a rave party warehouse. No soundtrack below 150 bpm was welcome. Everyone who was anyone was there. New Mumbai-based Djs like Asad, Whosane, Brian26 and Tarun Boombaba were born, though to be fair, people like Asad had been unleashing the trance since ‘91, the situation just hadn’t matured enough by then. 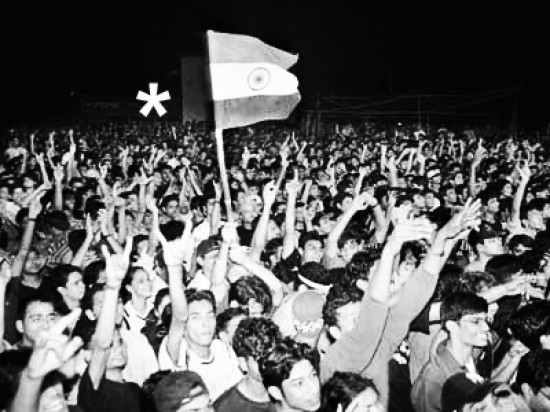 It peaked around 1999-2000 but like most great things in Mumbai, the obsession was fickle. Perhaps the controversies got too much to bear or the drugs simply lost their potency because the ‘it’ crowd began to distance itself from the scene by the mid 2000s. Still, trance is far from dead. As Asad aptly puts it, “The scene’s still alive, it just dispersed over the years.”

The millennium brought with it nightclubs like Aziano, Polyesther and Fire n’ Ice. All were major youth hubs and in keeping with the times, commercial hip-hop and remix Bollywood were the theme of every set list. All live bands followed the standard rule of playing the 30% original compositions and 70% covers which was demanded of them by promoters and venues. That’s where the money was and people lapped it up. For a while, it looked as though further progression was unlikely but the key players weren’t sitting idle, they were merely strategizing. 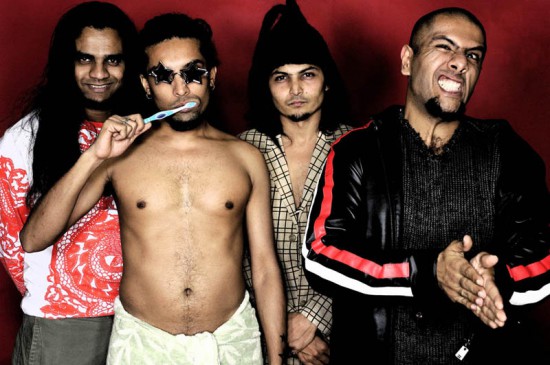 Cue the soundtrack and enter Kris Correya and Zenzi Bar bandra, Nikhil Chinappa and Submerge. Kris was the resident DJ at Zenzi which opened circa 2003. Everyone involved (and there were a lot of them) with the awesomely open-minded pub had a similar vision. Splashing some colour back into a scene which was getting a bit stale. In conversation with Kris, he mentioned how they simply “reversed the absurd 30 / 70% rule and the impact was almost instantaneous.” Zenzi became a hub for the suppressed (not to mention phenomenal) talent Mumbai had been storing in its underbelly. Singer/songwriters came crawling out of the woodwork, bands found their spine to be original again and in many ways, Zenzi Bandra paved the way for change. Sadly, the venue died a tragic death in 2011 amidst a massive fight to prevent it. Its spirit, however, lived on.

Nikhil Chinapa was focused in a more mainstream space–deep house, breaks, minimal tech–which obviously makes this a vital point in the evolution process. He used his MTV VJ and DJ celebrity for good when he founded Submerge in 2002 whose only aim has remained to give the city (and country) a taste of the international EDM scene. In many ways, he’s succeeded.

There have, of course, been many others but i’ll pen them in later. 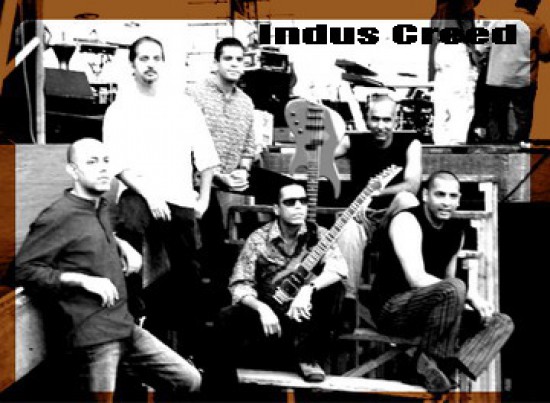 December 2008 saw ‘The Big Bang’ of Mumbai’s music scene. The launch of Blue Frog changed the whole ball game for everyone in the business. Musicians, event planners, and whole new job titles became the universe that spawned from it. Even this club, which started with its focus on live music, was eventually compelled to join the electronica rat race though, in keeping with the youth’s demand for the same. Weekends at Mumbai’s biggest electronic music hub seem(ed) reserved for minimal tech, deep house, copious amounts of Tiesto mimicry and of course, psy-trance. This phenomenon does not rest squarely on the shoulders of head programmer Jehan Johar aka DJ Janux who just happens to spin a similar style of music himself. It’s pure business. These gigs draw in massive crowds and really, they’re just catering to a demand. 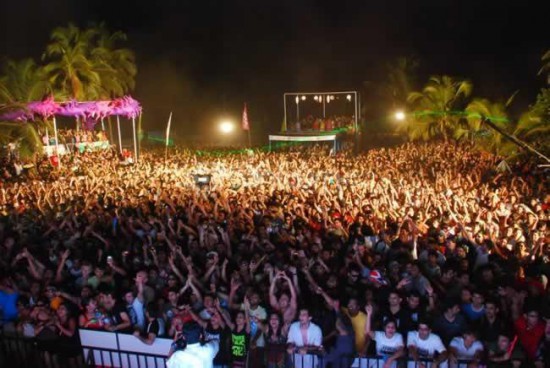 Let’s Not Forget The Bass Boom

Not many people know this, but there was actually a small (but happening) bass scene in the city circa 1999. Randolph Correia (one half of highly established electronica live act, Shaa’ir + Func) was making some seriously groovy dub under the moniker of FUNC International and Bhavishyavani Future Soundz was organizing some kick-ass DnB parties in venues like Razz Rhino that were open to it. No one can pinpoint why exactly it faded away but it doesn’t matter anymore because bass is back. And how.

There are a few key people in every Indian city who were involved but in Mumbai, BBC pioneered the city’s crossover into DnB, dubstep, and other bass-heavy genres. When it started, there were a standard 50 of us, killing it inside the brick walls of Zenzi mills (another leg of Zenzi bandra which didn’t last long) , cool chef cafe and whatever other random venue would have us. It had a cult-status. Fast forward 3 years into the future and names like Vacchan Chinapa, Bass Foundation and BBC are household ones for a large percentage of Mumbai’s youth. The only thing that worries (maybe just me) is that this bubble was blown so fast, anything might make it pop. Still, its success is a massively positive sign for those wanting to unleash new styles of electronica into the city’s nightlife.

And Finally, A Music Lesson

The theme in Mumbai’s current music scene is apparent–the old is ungrudgingly giving away to the new. Even as historic theaters like Liberty Cinema are re-opening their vintage curtains as a fresh venue for organic music, the older clubs like Bonobo, Blue Frog and Cool Chef Cafe to name a few, are practically drowning in the city youth’s love for EDM.Suffice to say it’s an epic metamorphosis in sound for those who’ve kept their eye on this rolling ball.

The last 6-7 years have seen a huge influx of more performance-oriented venues, booking agencies like KRUNK and Unmute, massive event companies like OML, Fountainhead. Oh and did I mention the huge growth in festival culture? Sunburn–organized annually by Mumbai-based company Percept–Asia’s largest electronic music festival, is poised to be the world’s biggest in a few short years if it keeps growing at this rate. Newbies like The NH7 weekender, The Storm Festival etc. are showing equal promise. Not to mention the smaller regular events like Juhu club, Aurus’ Sundowners. In the last 2 years, Submerge has brought down major international electronic acts here.

The seeds are all there, and passionate industry insiders like Sohail Arora (KRUNK founder and one half of BBC) Vijay Nair and Kris Correya to name but a few, seem ready to take it to the next level.

Recently, a lot of obstacles from the city’s archaic laws to its ridiculously high entertainment taxes have come to light. All of which curb the scene’s progress massively by not allowing promoters and musicians to do what they do minus the hiccups. Conclusively though, the city’s overall electronica scene is young and seemingly open to new musical trends. Unfortunately, given the cyclical nature of this city, not to mention the more conservative lot’s inability to accept these changes peacefully, the promise of it actually meeting its astounding potential is far from set in stone.

Still, one thing’s for certain. Silence hasn’t reared its peaceful head here for many years now. As far as electronica goes, Mumbai truly is the city that never sleeps. Let’s just hope that the forces that seem determined to work against it don’t switch off our sound.