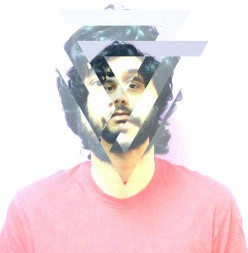 Restoring faith in the cumulative effort of cultivating a universal cultural expression, music has enabled many of those who wished to explore and re-discover reality through varied perspectives. Displaying a continuum of human spirit at the core of a strong artistic identity, Chaithanya Jade’s musical exploration is a synchronous merge of poetry and philosophy. “To create something good, you need to have a strong sense of identity. And that stems from how someone’s thinking, which is influenced by philosophy. I guess all great musicians would make excellent philosophers,” said the Bangalore-based musician whose foray into the world of post rock, experimental and electronica with Superflow and Until We Last has enabled him to deepen his understanding of the different realms of intangible musical expression.

Although his music provides a vital sense of connection to humanity’s innermost turmoil, it is in the beauty of resonant harmonies that he discovers his true poetic spirit. There’s an unfathomable bond with every sound he creates that almost reaches out to your inner spiritual universe; an experience that’s attuned to an emotional upheaval of sorts. Sometimes, it feels as if his music were a crowning reminder of the deepening bond of human emotions. Then, there are those moments when it transcends all limits of time. “I think it’s important to have your own sound, something that stands out when you listen to it. The way you think and feel most definitely channels itself into the kind of music you make,” said the musician and engineer. 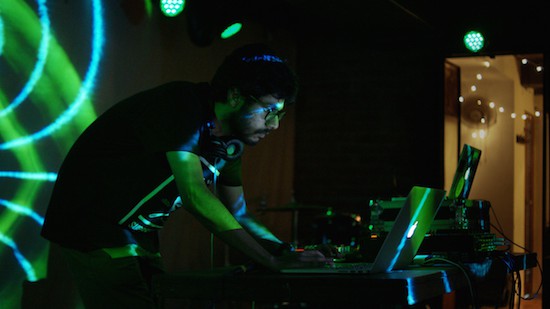 His deep obsession with post rock and instrumental music led to the inception of Superflow about four years ago. A project that started out as a personal experiment and over time, has enabled him to continue his musical pursuits within the confines of his home. However, he strongly feels that his progress and evolution as a musician catapulted to greater heights with Until We Last. For, he has been able to develop and nurture his melodic acumen in depth through his collective musical explorations. “If I am making my own music I’d like to have an identity, a character attached to it. And, if I’m making music with a band, then I’d like to have my identity gel with everyone. That quite often turns out to be something unique in itself. Until We Last has been the biggest musical journey of my life, so far. I guess I was just at the right place at the right time. I think we’ve only been growing stronger together and I’m sure it will reflect on the music we make moving forward,” said the artiste who further added that when people identify strongly with art, it can change them. It reaffirms their sense of hope.

While music is integral to his spirituality, he ardently believes that it isn’t the only contributing factor to what defines him as an artist and individual today. Bangalore has also played an integral role in shaping up his musical identity. It is where he strengthened the pulse of his creative endeavour. It is where he stumbled upon the quintessence of strong musical connection. “I’m lucky to be able to call one place home for so long. I’ve travelled a lot throughout my life. When I was young, I was always in different countries because of my parents. And, I would bring back all those musical and cultural influences into my life in Bangalore,” explained Chaithanya. 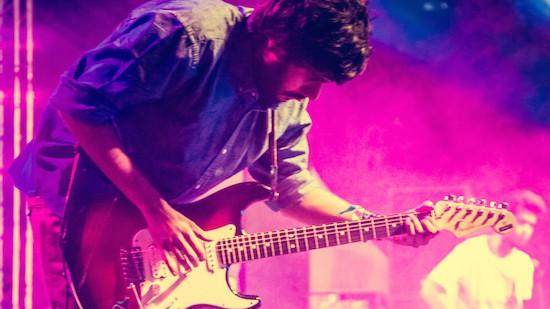 Most of his music is open to interpretation. Whilst immersed in the crescendo of melodies, there arises moments when the humility of his soul beckons and haunts within the mellow preludes. Sometimes the sounds attach themselves to emotions that might blossom into an experience for some while bring forth memories of a distant past for others. Nevertheless, there’s an irrepressible urge to string chords of dissonant harmonies that once meant something to a grieving soul in all his compositions. “We’ve got a lot of positive feedback from people over time. Some even said that Earthgazing got them through a difficult phase in their life. If people take away a positive message from our music, it means a lot to us,” said the musician.

Stirring the cauldron of melancholic riffs, his experiments with the guitar led to the creation of Prism. As the melodic trails entangle themselves in minimal beats, the crackling energy emanating through its structures enslaves you to its aural mastery. On the other hand, the side-chained swell on reverb, that is meticulously crafted using heavy guitar techniques, defines the soul of Cops. The tranquil ebb and flow of a down tempo rhythm transfigures the stoically ambient track into a glistening groovy number.

With XYZ_, chopped-up notes form an integral part of the rhythm that merge with complex percussive samples – creating a ricocheting collage of melodic pulses that dive to vantages deep within the composition. At times, the flight of ambient tones atop lulling beats dip into passages of harmonic layers in pursuit of solitude. “Life is empty without music. There’s an ineffable connection between the people you make music with, the audience and the artiste. It’s powerful and it’s easy to see why people strive so hard to perform and create music. At the end of the day, my role is simply to add and absorb vibrations apart from contributing to the universe with sound,” said Chaithanya who is constantly exploring new ways to bring music, imagery and motion together using technology.

According to him, electronic music is going through a massive revolutionary phase today. The emergence of diverse experimental sounds from different parts of the country has led to the genre taking a great leap forward. Moreover, the exponential rise in underground artistes in Asia over the past few years is an indication of what the future has in store for us. Most of these artistes are breaking all barriers with respect to sound and opening up new avenues and opportunities for those willing to explore uncharted realms. The technological progression has only fuelled the desire to spearhead an alternate electronic music awareness in the country.

“People are waking up to the fact that electronic music is more than just EDM and that’s a good trend. There’s definitely a lot of interesting projects happening in Bangalore. For instance, Consolidate has been pushing underground producers extensively and there’s also Hybrid Cycle in the making. It’s an exciting time for music in general,” said the artiste who is all set to leave to Barcelona to take a course on Music Technology.

He deeply believes that music and culture are correlated. The separation and estrangement of art from society has led to the propagation of numerous repressive socio-cultural norms. Caught up within the malicious web of selfishness and ego, there’s an impalpable need to detach ourselves from our own humanity today. This has also led to a prolonged discourse on the necessity to revive sustainable artistic expressions in order to address the growing transmission of negativity and hopelessness within those who are striving to make themselves heard. “I hope with globalisation people from all strata of society begin to change the way they think,” said the artiste who further added, “Maybe there are some kids out there who are going to school and listening to better music that inspires them to think differently and go against negative cultural norms. Music can do that, it can change people. And, I hope that happens someday…”