In his exploration of Panchatattva (five elements) — fire, earth, sky, wind and water, and its concepts within a socio-cultural and folkloric context, Komal Kothari wondered how the interpretation of these elements (albeit not from a philosophical or metaphysical perspective) varied amongst folk musicians of Rajasthan. “Throughout my research, I focused on what people had to say about the elements and not what has been written about them in Sanskrit treatises,” he said in conversation to Rustom Barucha as they discussed the significance of water and drought in fables and folklore in ‘Rajasthan: An Oral History’. “On getting to know some singers of devotional music from the Bavari Tribe, I asked one of the musicians: ‘What is akash (the sky)? How do you explain it? And, he said: ‘Have you ever seen a ghara (earthen pot)? Move your hand inside it but don’t touch its periphery. That is akash: A space with no boundaries.”

END_OF_DOCUMENT_TOKEN_TO_BE_REPLACED

I Want To Be Able To Hold Sound, Throw It Around, Play With The Invisible & Make It Tangible: Arushi Jain

“I compose in ragas. In the simplest form, a raga is a compositional philosophy with a certain set of rules within which one could improvise,” explains Arushi Jain , sound synthesist, singer, producer and academician who is also the founder of Ghunghru — a radio series and label based out of San Francisco, “Ragas are embedded in opinions — in what rhythm, at what tempo and with which words — on how to play them. It has its own scale, its own set of allowed and forbidden notes, of accidentals and note clusters. Each raga comes with its own emotional cocoon in which I sit and absorb the sentiment before starting to sing and create. I rely on this heavily to help control my own emotional spectrum. I truly believe I’ve discovered an art form that I will be working with for the rest of my life.”

END_OF_DOCUMENT_TOKEN_TO_BE_REPLACED

Is Shoumik Biswas growing old? He’s definitely growing up, if his new Disco Puppet album, ‘Aranyer Dinratri’, is anything to go by. Disco Puppet’s past works have been defined by unpredictability, perhaps even a kind of designed recklessness. In his own words, his songs have always been “disconnected” from each other, serving largely as a “collection of things put together”. Here, Biswas ditches his yo-yo tendencies in service of a unified sonic narrative, a kind of sameness tying all the songs off ‘Aranyer Dinratri’ together.  END_OF_DOCUMENT_TOKEN_TO_BE_REPLACED

END_OF_DOCUMENT_TOKEN_TO_BE_REPLACED

Aditi Veena and Lakshya Dhungana were travelling around Nepal a couple of years ago, setting up impromptu audio-video busking performances for strangers. One of those happened to be outside a small shop selling momos. Veena, aka singer-songwriter Ditty, was playing songs from her new album, ‘Poetry Ceylon’, using not much more than a mic, a guitar, and an amp. Dhungana, a filmmaker, would put up a bedsheet and use her projector to show movies about Sri Lanka that she had made. This was Streets For Us, a project the two started back in 2016 when they were both living in Sri Lanka. Dhungana originally wanted to make a film about catcalling, but further conversations between the two led to this instead.  END_OF_DOCUMENT_TOKEN_TO_BE_REPLACED

END_OF_DOCUMENT_TOKEN_TO_BE_REPLACED 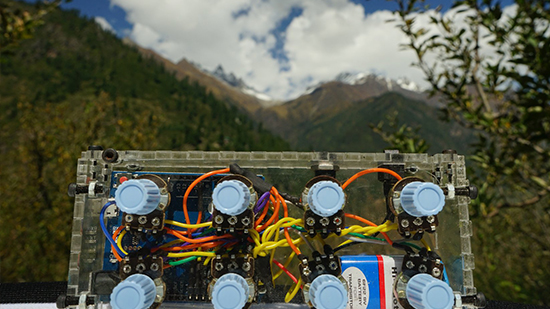