While there are artists making high-quality music from smaller cities – Ranchi, Cochin, Bhopal – how do we introduce artists from smaller cities into this insular bubble whose strict gatekeeping ensures that it never bursts? Despite electronic music being produced at a considerably high volume, why do we only hear of it from certain artists in certain cities?

Underlying these thoughts are two factors: comfort and complacency. For Rana Ghose, head honcho of label and booking agency, it is primarily the lack of venues, or more specifically, owners not leaving their comfort zone, “In cities like Mangalore, Manipal, Indore, Baroda, Jaipur, Puri, Ranchi – all cities we as REProduce have been working on – the standard is a DJ playing Bollywood music, and of course, why would a venue owner fuck with a recipe that’s proven to work?” When venues in these cities have a working formula, it makes sense not to change what seems to be working. 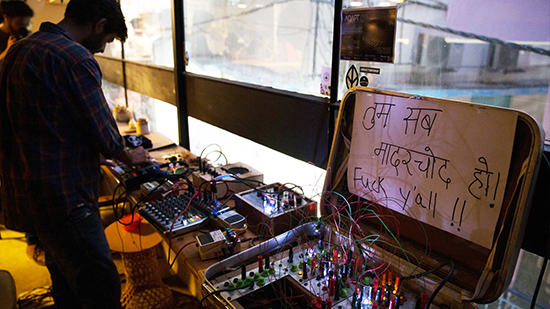 Gowri Jayakumar, artist and member of the band Run Pussy Run, echoed Ghose’s sentiment by stating that, “there aren’t enough dedicated venues. Although every other pub wants to have parties and do gigs, somehow setting up sound is one of the most neglected aspects. As for experimental music, it’s rare to the point of extinction even before its birth.” She goes on to question creating the very interest in consuming arts that aren’t spoon fed to us in advertisements or repetition; a feeling DJ, producer and artist ezzyland has spoken about at length on social media.

“Nothing has anything to do with music around here [India], man,” he writes in an email. “It’s just the state of things. It’s what happens if a scene is just starting out and gets monopolised by people who don’t really care for culture. They pocket their money and go to another club where they blow their cash on booze and trashy music.”

The artist is based in Chennai, a city his parents moved to after living in Dubai, and has found that there are pre-conceived notions that come with living in a space that is outside of the 3 major metropolises, “there’s some stigma attached to the fact that I’m from the South,” he said. “I had to explain to every single person that I just moved to India two years ago. I had to explain so many times that I don’t do it anymore. Basically, if you book me, I’m gonna jump onto the stage in my lungi and smash tablas together or some shit and then I spray my sambhar on the audience and flip them off and walk off the stage reciting Sanskrit bars.” 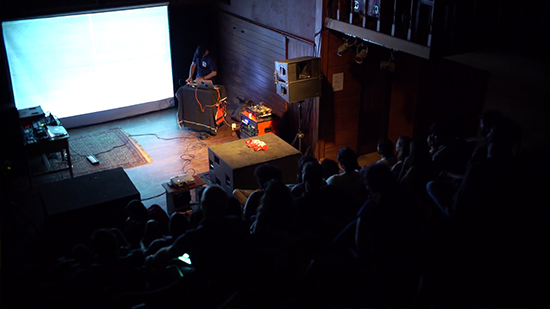 Outside of just finding venues that will book artists, it’s near impossible for musicians to break through preconceived notions if they’re from smaller cities. Ghose, who seeks out artists from these regions, agreed that people have an idea of someone’s music from actually hearing it, “Same with any perceptions of peri-urban/rural India – quaint, poor, dirty and so on, but, in the musical context, more the quaint aspect. It’s all premised on a legacy that is changing, so it will take time.”

Rishabh Lohia, who makes music as The Mellow Turtle, is from one of these smaller cities, Ranchi, and was cut-throat about how people perceive his music, “People don’t expect underground music coming out of ‘rural’ cities. They assume all people living in these cities listen to only Bollywood music.” For frequent collaborator, Tre Ess who is also from Ranchi, there’s a tinge of hilarity mixed in with the sadness and offensiveness, “they’ll say something along the lines of ‘how do you make music like this from a place like Jharkhand?’”

Considering there are over one billion people in India, there surely isn’t a dearth of artists making music. But then is it up to the labels to seek out these artists? It may be the responsibility of influential music companies and promoters like KRUNK, UnMute, Wild City, Mixtape, Shelter, Bleep, sLick!, radio stations like boxout.fm, labels/collectives such as WAVLNGTH, Milkman, Qilla Records and Circuit to actively seek out artists from smaller cities – if they’re not already. After all, for a great many of them, they hold the keys to the industry and considering how established they are or are becoming, an artist from Baroda being engaged and supported by them is a huge deal. But most of them aren’t willing to take the risk, it seems.

“We approached a couple of labels in Bombay and they didn’t even listen to our tracks” Lohia disclosed. “I think most established labels aren’t trying to find sounds from outside big cities.” Tre Ess mirrored those thoughts by stating, “Firstly, I don’t think many labels or brands are actively looking for new talent. They are always trying to get their hands on already established artists or at least the well-connected ones.” Jayakumar also had to agree with this old boys network by saying, “In my experience, priority is always given to the homeboys.” ezzyland, though, he kept it simple, “everything in the scene is run by rich kids who wanna make money off of the poor kids.” 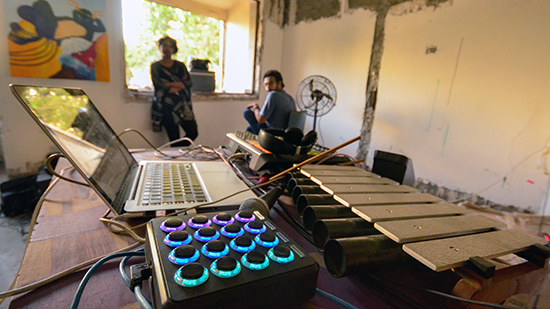 And it may be an untrue assumption by label heads that crowds in these smaller spaces don’t want to hear electronic music. For REProduce and Rana Ghose, he reiterated how fortunate they’ve been to have “partners who have reached out to us wanting to put on the events we do in their cities, which is the most amazing thing ever to me.” A mix of that desire plus REProduce’s own ambitious model to “connect cities to forge a tour route that’s viable” as well as “change the landscape of pop culture in the country by offering a replicable model that can showcase true artistic risk.” In the end, it is simple: artists want to play and people want to listen.

The overcomplicated thought process behind it combined with the assumption that people in smaller cities don’t want to hear this music is choosing to ignore a large number of artists and consumers who are hungry for more. Ghose went to elaborate that “Since REProduce does not work exclusively with anyone (we’ve showcased 300 acts over the past 2 years), we can do what we want, and we do – if there’s music in a tier 2 city, we want to hear it, and we’ll put it on because that’s important to us.”

Mumbai-based label nrtya are another label that is willing to take risks. They signed Mellow Turtle and Tre Ess and have a number of artists in their roster from outside of tier 1 cities. “Coming from a tier 3 city it was very hard for us to market our music,” Lohia said. “We signed with nrtya as they would help us get better outreach.” Fellow signee Tre Ess repeated the sentiment, “apart from nrtya, I can’t think of even one label which has signed an artist from a tier 2/tier 3 city.” Ever the cynic, even ezzyland had to agree proclaiming that “nrtya is doing the lord’s work.” 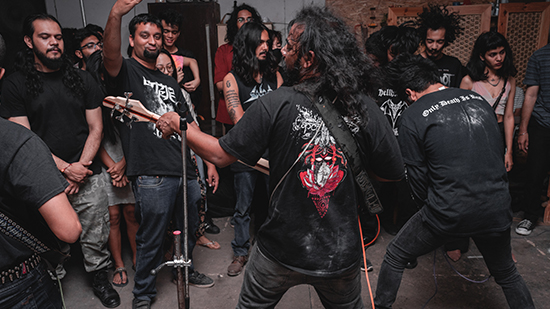 One of the 3 co-founders of nrtya, Sharan Punjabi explained that geography and proximity to cities don’t factor into who they sign. “As with almost all the artists whose music we have released, it has been an organic process, with artists sending us their music which we have decided to release purely on the merit of it’s the innovation in its musicality.”

There’s always talk of ‘supporting the community’ when it comes to the music scene in India so much so that entire festivals, events and after-parties are built around the concept. But with labels pushing forward to meet the demands of the consumers, we, the audience, need to ensure that we help support artists outside of tier 1 cities.

We need to ensure we’re helping promote the work of those from outside of the bubble or as Gowri Jayakumar suggests have “region-specific playlists [which] will create awareness on what is out there.” Or as Tre Ess puts it, “Spread the word! Mellow is one of the best blues producers in the country right now, you’ve got Kalmi making some of the most insane music from Hyderabad, and the ever so versatile Cizzy [StreetFood Music] from Kolkata. We belong to a small group of Indian artists who are actually challenging the status quo and constantly evolving with every drop. The sooner the people realise this, the better [because] eventually we will run out of hope or maybe even interest.”

And as Rana Ghose reiterates, when it comes to consuming the content, the biggest thing audiences can do, no matter where you are in the country is simple: “pay for shows.”