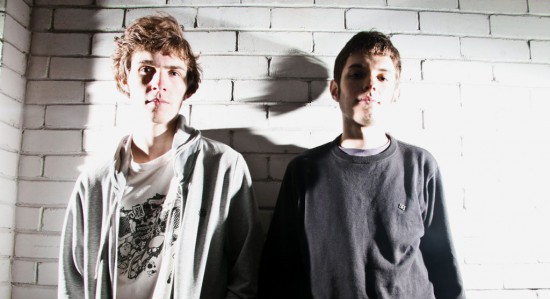 There was a time India seemed destined to remain a tour destination for has-been rockstars (Axl Rose being the latest in a long line of them) or artists with undeniable commercial viability. In other words, the promise to rake in profits that would make even our exorbitant entertainment tax rates seem laughable. The past year or 2 however, has shown signs of a tectonic shift. One that’s given a growing underground audience the chance to hear everyone from Fink to Michal Menert to Mux Mool in quality Indian venues.

Bristol’s legendary glitch-hop purveyors — Koan Sound –– are the most recent to take their place on this list as part of the Bass Camp Festival and it will see them perform in the cities of Delhi, Mumbai and Pune. Their unique style of grime has been lauded by the likes of Aphex Twin, Rusko, Pendulum etc. and the duo has consistently put out some of the dirtiest beats and magnificently pristine production their genre has seen.

As Jim Bastow took centre stage at Mumbai’s Blue Frog, a 600-strong crowd of beer-swigging, bass-begging, glitch-loving fans were entirely ready to play their part. Ready to respond in code to each cheeky sample the legendary Koan Sound tossed their way. The force field of energy he managed to aurally create was inexplicably satiating to say the least. And these days, there’s nothing more appreciated or inimitable than the ability to create this atmosphere –i t’s what separates the wheat from the chaff.

Border Movement caught up with the one half of the OWSLA-signed Koan Sound during the Bombay leg of their ‘Great Indian Journey.’ Amidst demands for masala chai, hilarious interruptions from a British bloke named Joe and rampant philosophizing, we somehow managed to extract a fair amount of Jim Bastow’s grey matter.

Bristol’s underground music culture is world-famous. Is that where it all began for you both and how deeply did it impact your sound?
In many ways, yes but Will and I actually met as young as 11. We found we had similar interests in music. You know, rage against the machine, incubus and all that kind of stuff. We even played in a couple of bands together.

Wait, bands? Tell us everything.
Well, genres didn’t mean much to us at that point. We were throwing out everything from reggae to metal to trance. We even did a cover of a Tiesto tune once but I can’t even remember what it was called now. All that insane experimentation probably helped a lot though, you need to be interested in all kinds of music to make it.

Agreed. Back to Bristol then…
We got into electronic music production when we were about 15 or 16 and that’s just about the age you can start sneaking into clubs if you get lucky. It was still really underground and our first experience of hearing music on these massive sound systems, nothing but the dj and his audience. Under one roof you’d have just about everything—dubstep, dnb, garage, you name it. So yes, obviously the whole culture of the time, and the music we were exposed to through it has been a massive influence in everything we do.

Will must have been disappointed to miss this tour. [Note to inquisitive readers: Will Weeks was punched by an absolute stranger outside a UK pub, fell awkwardly and broke his arm causing him to forego this Indian tour. True story.]  What’s the one thing you can’t wait to share with him about it?
That’s a hard one because it’s impossible to choose. I guess the most mental part of it all is how busy it has been. I mean, it’s completely crazy even just trying to cross a road over here! But honestly, everything’s been so great and such a huge learning experience, we’re just really hoping to come back together and do a reunion tour together.

Looks like we’re on the same wavelength. Any Indian artists/producers you’ve been particularly impressed/ intrigued by so far?
Dualist Inquiry opened for us in Delhi last night and afterwards we went back to his place and he played me some of his stuff. In fact, he was even saying that the track he closed with was directly influenced by us which was pretty wicked because I actually really enjoyed it. He’s going to send us some stuff soon so yeah, fingers crossed something might work out.
Sandunes set was great as well. She was telling us later how she’d never even heard of UK garage before moving to London for a while and you can pick that influence up off her sound instantly. So yeah, there’s been a lot of good stuff we’ve been lucky to catch.

First thoughts on India’s underground EDM movement? It’s probably a bit early considering your tour’s not even halfway done yet but even your take on its potential is welcome.
The first thing that struck me was definitely how close-knit it all is. It’s at that nascent stage you know. It’s still relatively underground, everyone’s collaborating on stuff and it’s nice to see that people are just completely willing to help promote each other. I think that’s definitely the best way to build it ground up and it’s fantastic to see.
As far as potential goes, from everything I’ve seen and heard things have really just begun to blow up in a big way this year. It seems to be gaining a lot of momentum and if things continue to move forward like this, it definitely deserves to gain a lot more exposure.

What about dubstep? Most blow-up genres these days have a fairly limited shelf-life, what’s your take on its future?
That’s definitely true but I think dubstep and bass music is just such a diverse playing field that its reached a stage of complete universality. Of course, the nostalgia of its earlier days holds a special place for us. Underground shows and proper DJing gigs were probably the greatest moments for us as artists but the important thing is that it’s still growing and yes, dubstep is definitely going to be around for a long, long time.

You’re in one of the world’s most spiritual destinations and the name Koan (not to mention several of your tracks and even the enso symbol in your logo) has spiritual connotations to it so it has to be asked. Does spirituality — or the idea of it — have a part to play in what you do?
It’s not a huge deal but we have always been influenced by philosophy. We studied it in school and we came across the concept when we were about 15. Wee needed to come up with a name for our first release and this just clicked. In case you don’t already know…Koan is a paradox used in Buddhism to kind of gain some ‘hard enlightenment.’ A question that can’t be answered through rational thought.

But if you come down to the creative process, then yes, making music is akin to meditating. You get locked in this zone where everything else takes a back seat. It’s very calming and everything about music—making or listening to it—has always put me in a good frame of mind.

Who plays what role in your creation process?
Will is definitely much more of the main producer while I’m more involved with the Djing side. Even when we were younger, he’d spend more time in the studio and I’d be out buying new records, finding new artists and all of that. So this way, we sort of play to our strengths and it makes us a lot stronger as a team.

You’ll have already collaborated with some incredible artists like Gemini and ASA, any dream collaborations?
Yes, we’ve been really lucky getting to work with some of the people that we have. But dreams would have to be our influences like Amon Tobin, NOISIA and working with vocalists like Beyonce would be ridiculously sick too.

Anything in particular you were determined to get up to in India before getting here?
Well, for one thing, I made sure I could fly out a bit earlier just to see a little more of the country but it turns out 2 days is nowhere near enough! Still, Joe here (above-mentioned hilarious British bloke) did take me to the Gateway of India and I was lucky enough to even go to an Indian wedding. Ate some chaat there…that stuff is wicked, almost as good as vegetable biryani.

At this point the conversation disintegrated into statements like ‘oh my god, you haven’t tried masala chai?’ and ‘We tried Dosas for the first time today, incredible stuff.’ Jim eventually wrapped it up with a ‘I’m really going to miss the food, that’s for sure!’

Now that we’ve wrapped up the drooling, what can we expect next from Koan Sound?
Coming back to India!
Oh and a completely collaborated EP with ASA. It’s still in its nascent stages, we’re thinking about 5 tracks but it should be really good and out sometime next year.

Here’s a glimpse of Koan Sound’s Mumbai gig and a message to their Indian fans:

And here’s everything else you need to know more about their music.