Technology like everything else, depreciates. In this clandestine apartment, this dulling presence of mind, my computer screen shifts shape and form. This is usually an invitation to better prospects; an indication that we’ve fallen to the wayside in this, the year of our machine.

Delhi’s starring audio-visual collective, BLOT has received that same invitation. After dazzling the nation with soaring installations, augmented spaces, beat weaving and all-round time travel, the duo of Gaurav Malaker and Avinash Kumar are still victims to a trend, as any of us are. It’s bit discerning then that they choose to promote their debut album Snafu with a multi-city ‘3D’ tour.

“It’s a new venture for us,” beams Gaurav, music producer-in-chief. “With this album launch we need to actually test-drive it a little to understand where its shortcomings are, and what we really need to improve. Until you take live music live you wont understand how the audience will react. Likewise on the visual side, there’s a lots of things we’ve learnt. With 3D, if the screen and the ambience are not right, it’s not 3D. We’re counting on a technique called anaglyph 3D where left and right eyes are filtered through different colours. If this goes well, it’ll always be a part of our set.”

It all unveils at the Blue Frog, Mumbai. Malaker’s paced Ableton Live set waxes minimal – teasing with beer-lifted floor shuffling, and then biting with a breakbeat flourish; everyone’s dancing now. He passes on the baton to Kumar, who unleashes his pioneered visual narrative – art house cinema cuts, a childhood lost in Bollywood, and grunge aesthetics reflected off the streets of Barcelona, amongst other gems. Returning to share the twilight are Peter Cat Recording Co Guitarist Suryakant Sawhney and sticksman Akshat Nauriyal that maintain a feverish pace for the live set, even in an ambient vacuum. The much previewed track NDX telephatizes with the inebriated as songstress Vasundhara Vidular retains a note-to-note thumping disco rendition of what we’ve heard online. We’re almost at the finish line when 3D glasses are passed across the floor, walls converge, and the pieces move as much as we do – tangible and theatric.

To all those present at their launch, candidates strewn across the wayside in this race to be machine, congratulations:our electronic scene is now relevant. 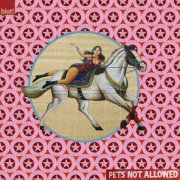