Exploring boundaries of sound art and audio-visual planes, Nigel’s artistry encompasses the depth and sonority of an experimental realm. Stylistically, his music redefines nuances of conservative elements. There’s a journey of perceptions that outwit restricted norms of musicality within his artistic repertoire.

“Soul,” he says, “Something that I look for in everything I listen to, DJ and produce. It’s hard to put it in words but there is a certain feeling that I hear in some kinds of music. And, that really appeals to me. It’s this easy-going mood and feeling that I attempt to recreate, reinterpret and tell my own story with.” Earlier, this year, Nigel was chosen as one of the candidates for the Border Movement Residency that offers a two-month tailored program for musicians from South Asia. “It was my first time experiencing a new culture,” he reminisces about his time there, “Before I went to Berlin, I honestly didn’t know what to expect.” The first person he met in the city was Pablo Lauf, Berlin-based photographer, videographer producer and DJ whose documentary ‘Birds of Karachi’ explored progressive movements in Pakistan where he crossed paths with local artists who advocated freedom of opinion and religion, freedom of the press, artistic freedom, sexual self-determination and equal rights. 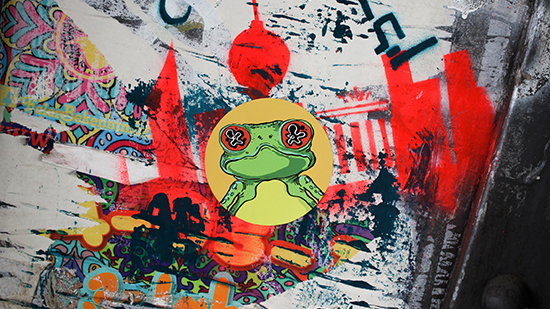 “We arrived at the Holzmarkt. There, I met Christoph and the Bar 25 crew. They told me stories of how this crazy place came to be. Being a creative space for so many artists, I bumped into all these people on a regular basis,” says Perera. The urban village – Holzmarkt — is the result of an unprecedented experiment and regeneration project spearheaded by Juval Dieziger and Christoph Klenzendorf who aimed to create a self-sustaining creative microcosm. “I got to learn about the different music scenes in other parts of the world. And, the barriers other musicians face, and how they overcome them. It was completely different to where I’m from. That made me appreciate these differences from both sides and understand them better. I didn’t really finish any music when I was there. Most of the time, I rode my bicycle around town exploring, going to record stores and seeing so many artists on the same wavelength of music that I respect perform there.”

The first event that Nigel attended in Berlin was by the Teichmann Brothers. Their label (Noland) showcased a new EP by DJ Raph, an electronic musician and producer from Nairobi, whose debut album encompasses pan-African ethnographic field recordings as well as weeks of research in the music archive of Iwalewahaus (Bayreuth).  “I also attended two more events — one at Suicide Circus and another one hosted by Hannes Teichmann at the The Zwingli Church in Berlin where I saw Tikiman & Rhauder perform a live set accompanied by the beautiful reverb of the church hall. I also met Dr. Nojoke, Demas and KHMGNFF (Micromod) in Berlin who have similar music tastes as me.” Another memorable experience, he says, was the techno scene at Tresor. “It was the first time that I had heard the genre in the correct context and space which helped me understand it better. Club De Visionnaire was also on top of the list with more of a restrained sound. Perhaps, closer to what I play. I also got to see one of the best DJ sets I’ve ever heard by the Melcure label bosses,” said the artiste who apart from interacting with numerous record label owners also gained valuable insight into how sub cultures of the electronic music industry sustain themselves as a brand and business.

In Germany, Pablo and Asvajit, an audio/visual artist and graphic designer as well as the founder and curator of Jambutek Recordings: a concept-driven artist collective that strives to support the ongoing development of underground electronic music culture in post-war Sri Lanka, were Nigel’s local mentors. “I jammed with Pablo a few times and also visited his home town in Munich where we went to a synthesizer festival called ‘Knobs and Wires’. There I got to play around with a lot of weird machines. I got hooked onto modular synthesis and the little idiosyncrasies and accidents that create these unimaginable sounds. I also met Wolfgang Spahn who makes his own video and sound synths. He later invited us to his studio back in Berlin and offered some insight into building my own circuits and video synthesis. While I was in Munich, we also went for a swim up in the mountains and got to see the Alps range,” said the artiste who also shared his experience of putting together the Jambutek showcase with Kiran Boyle and Tommaso Fantoni of Tide Selekta.

Where the Rhine and Moselle converge, at the Deutsches Eck, lies the historical town of Koblenz where Nigel’s musical sojourn took him next. Home to mountains, fortresses and river promenades, the city’s cultural identity, he believes, is a stark contrast to Berlin. “The music scene here was much smaller. I also met one of the main crews organising events in the city — Ete Petete. Olek (Koblenz-based DJ and producer) who I had previously met in Sri Lanka invited me to the event there. It was inspiring to see these guys put together the gig from scratch with a custom made sound system installed in a forest up in the mountains.” 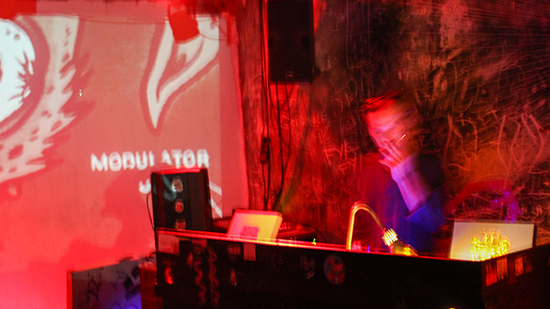 Steeped in counterculture, Fusion Festival, an event that celebrates the diverse spectrum of both music and art, was perhaps Nigel’s most intense experience with respect to experimental festivals. An homage to alternate lifestyle, the event includes a wide range of performance arts, static artworks, sculptures and various other art forms. The festival takes place at a former military airport called Müritz Airpark in Lärz, Mecklenburg-Vorpommern, in northeastern Germany. “Seeing thousands of people come together in one place and listening to so many different styles of music, it almost felt like a compressed version of the experience I had when I first saw Berlin. I camped out there with Asvajit who’d been to Fusion a few times before and even performed there. It was just us. We had no plan and were just walking from one stage to another checking everything out. It really was a fusion of people, colours and sounds.” 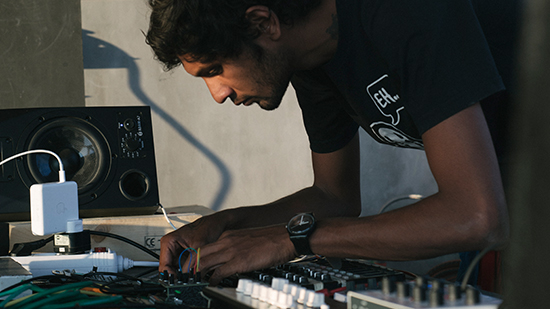 Lately, he has been experimenting with workflow methods and different ways of synthesizing and processing sound. Exploring the technical side of electronic music as well as nurturing its artistic identity is where his interests lie at the moment. “Understanding how synthesizers are made and how circuits within work has become my latest pursuit,” said Nigel who also attended a workshop for modular synthesis at SchneidersLaden, “Thanks to Native Instruments and Ableton I got to take home some gear and software which I’ve been experimenting with. I attended the ‘Tech Open Air’ festival at the Funkhaus Berlin home to the MONOM 4D sound studio. I even got a demonstration on how the system works.”

In Berlin, he says, there was always something to see or do. At the Karneval der Kulturen, regarded as a platform for all forms of cultural expression, identities, and a celebration of diversity in traditional and contemporary art, Nigel witnessed counter protests against a far-right rally called for by Alternative For Germany (AfD). According to reports, 5000 people marched through the streets of Germany in support of the party whose anti-immigration, anti-European Union and anti-Muslim stance has led to the perpetuation of xenophobia and fascism across all corners of the country. In retaliation, a coalition of Berlin clubs organized a massive techno music gathering ‘Bass Away the AFD’ that witnessed protests by musicians uniting against racism and bigotry.

“For me, Berlin, is one crazy experience that I would revisit any day,” says Nigel, “I got to experience and feel music like I never have before. The people I met will never be forgotten, and have made a huge impact on my views about music and life in general.” 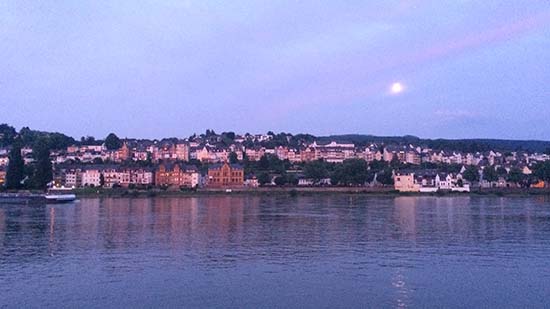 Creating an undercurrent of malleable textures, Nigel’s compositions often construct intuitive musical units. His sonic landscape has visual elements embedded deep into its layers. The contours remain undefined, the frameworks disappear. Deeper structures emerge, like conversations, building timeless moments, one story at a time. There are appearances of melodic overtures and sustained harmonies that unravel complex layers of connection. Sometimes, it’s just a melody. Sometimes, it’s much more. Within the blurred lines of sensory spaces, where art becomes a reflection of his reality, Nigel seeks in both sound and vision what his artist pursuits have gathered over the years – connection.