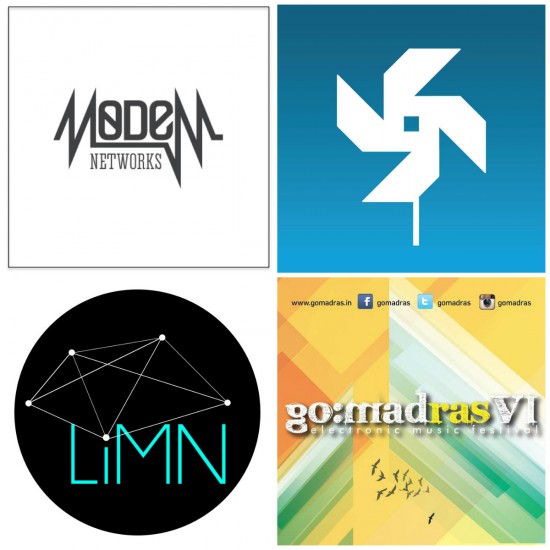 The electronic music industry in India has grown in leaps and bounds over the last few years. A whole host of international artists, festivals and brands flocking to our country is common place nowadays, from the most commercial to the most underground. So what is it that is driving the scene to new heights and has placed the country on the brink of a musical renaissance? Border Movement takes a closer look into the exciting wave of change that is currently being witnessed in electronic music culture in India.

It has taken years of hard work and toil from veteran Indian artists who brought an unknown musical entity and introduced it seamlessly into an otherwise hugely commercial Indian soundscape. Festivals including Sunburn, NH7 and GO:MADras to name a few, have helped put India on the map. Agencies and collectives such as UnMute, Bhavishyavani and KRUNK brought with them a sense of professionalism and identity. Together these festivals, institutions and artists constitute an inspired bunch of people that are examples of what can be done.

The past 2 years have seen nascent concepts and ideas take flight with several new crews entering the fold. LIMN entertainment, founded by Divij Kaul is an agency looking to make a mark. Established earlier this year, LIMN have already booked some of techno’s finest including Dosem, Dousk and Macromism. “I feel the landscape of the Indian electronic industry has changed a lot since 2006-2007. Of late, we have seen a huge surge in the number of international artists touring our country” says Divij.

After all, the recent burst of electronic music in India is a domino effect that has trickled down onto our shores. In a way, it is reminiscent of the early 80s and the techno/house wave that swept across the United States and Europe. Regenerate, was formed based on these very principles. Aneesha Kotwani, co-founder of Regenerate explained: “While Bheeshma and myself lived in London we were exposed to one of best nightlife’s in the world. We were spoilt for choice sometimes having to choose between 5 different acts on the same night. Being music whores we were in a state of depression when we got back to India, and we’re inspired to bring about a change.” Mumbai, being their base of operations, Regenerate has also looked to reach out to other cities like Hyderabad, Pune, Delhi and Bangalore.

We also caught up with Tuhin Mehta, one of the curators of GO:MADras, an electronic music festival that takes places in Mahabalipuram. Tuhin says “India has a lot of talent and most of them are well on their way to matching or besting international standards. The key is exposure and experience. GO:MADras has always looked at bringing in new talent and giving them a stage to showcase what they can do. If we do not support our own then who will?”

One might think that tapping into a small number comparatively does not make sense, but the scene is not merely about business. This can be seen across cities where cleverly conceptualised events offer more than just a big name DJ on large outdoor stages. In Bangalore for example, ‘the Pinkx gathering’ is an example that merges art, music and creativity in one single package, dispelling the lines that separate various disciplines. This same sentiment is also echoed by Divij who says LIMN will also make a foray into areas such as dance, theatre, sports and maybe more. Munbir Chawla from Wild City thinks along the same lines adding “The potential is there for people to do more thoughtful and well curated events. Yes the music scene is growing but a lot of it is very badly thought out, programmed and organised. There are only a handful of people doing it right, but there’s lots of places for others to follow suit.”

“I think one of the biggest problems is finding the capital to back growth. There is a misconception that India is cash rich because of how some promoters have over paid and booked international artists just to get one over competing promoters. There is enough and more space for everyone to promote quality music. Sadly most events and bookings are made with the sole purpose of making money rather than nurturing the scene towards better days”. – Tuhin Mehta

Apart from budgets the other real obstacle is the audience itself according to Munbir Chawla. “Everything boils down to the audience. If there was a bigger audience, more budgets would be handed out for production, sound and visuals. Sadly right now, the industry is more or less funded by bar sales and not young passionate music lovers. There is need for a real change in perception, especially with the younger generation”. A valid argument that might not go down well with clubs and promoters who are thin on patience with regard to allowing a concept or an event to grow. 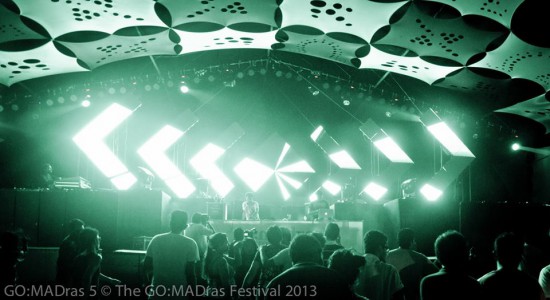 Even though this is the case, the beautiful part is of course that somehow there is always a middle ground that is found and this is the reason why there is much cause for excitement. The silver lining of this problem is the fact that this is exactly what is happening in cities apart from the big 4. Kolkata, Hyderabad, Indore and Guwahati have shown a lot of promise and reason for optimism. A cascading effect from the bigger cities that have “managed to percolate down to other regions” according to Divij. “Potential is everywhere”.

Has India firmly established itself as a dance music destination? For some international artists and agencies the country is already a much sought after location but there are also those who look to take advantage of the situation.

The frenetic growth witnessed only bodes well for the future. “All eyes are on India, it’s no secret. And with all the large scale events/festivals taking place as well as improving professionalism we are close to being placed on par with the likes of Singapore and China, who have been at the forefront of the scene in Asia for so long” says Munbir.

So as the industry moves on roads less travelled and in some cases making its own way into prominence, there is much excitement about the possibilities that lie ahead for the creators, artists, entrepreneurs and agencies who work against the tide, and beneath the surface.