The drums build an ecstatic progression, the bass vibrates right in your chest and the singer’s chant reel the crowd into a hypnotic trance; a journey that people remembered well after. When Pink Floyd performed in Mumbai in 2007, it took the audience to a place that transcended boundaries. The experience stayed with the crowd. The band was perfect and the people responsible for the delicate and highly specialised sound that night made the gig special. From crafting a band’s sound in the studio to bringing magic to a live show, a sound-engineers’ work is invaluable.

Divyang Row Kavi has been a sound engineer for the last six years and has worked with bands such as Indus Creed, Shaa’ir and Func, Scribe, Dualist Inquiry, Pentagram and Grain. Divyang has also been responsible for the sound at Bonobo (Mumbai) for the last three years and believes it’s extremely important for a band to have their own engineer for shows. “For any band that’s serious about their music, it’s essential to have a sound engineer. A touring engineer guarantees a certain degree of sonic conformity over many shows in many different venues and ensures that the material is reproduced as accurately as possible every time. The engineer works to make sure the artist can focus on their performance. It’s efficient and professional,” he says. 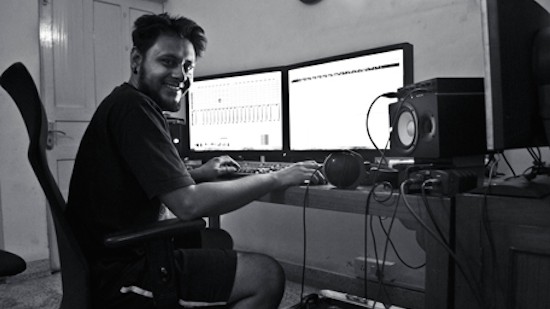 Anindo Bose, a Delhi based musician and sound engineer who has been in the business for over 10 years and worked as a sound engineer for festivals including Jaipur Literature festival and live venues such as Hard Rock Cafe and Blue Frog agrees with Divyang. “It’s very important for bands that play original music to have their own engineer. In fact the engineers’ job is probably more than 50% of the secret to their success. He/she is like another band member,” he explained.

The scale of a sound engineering team can vary from one person to a crew of over 15.Miti Adhikari , legendary sound engineer for bands such as Coldplay, Radiohead, Blur and Pearl Jam chimes in,  “All international bands have a dedicated sound team. Bands of the stature of Coldplay, U2 and Foo Fighters have a team of up to 20 people managing their sound. They have a person who mixes the sound that the audience hears, a person who looks after the management of the PA speakers, the mixing board and other related systems, a monitor engineer, who mixes the sound that the musicians hear on stage, and other people looking after the very complex systems on stage. Smaller bands have smaller teams depending on their budget but every band who play above a 350 capacity venue will have a dedicated sound team. In India it hasn’t quite happened that way because of the lack of finance and technical skills.”

A lot of bands in India may not have the luxury of adding another team member to handle sound for them, and this exposes them to a whole array of problems including low quality cables, monitors and sometimes sound engineers at the venue who don’t understand the band’s sound. These are challenges that both the sound engineer and the band face.

Some situations could be hard for even sound engineers to fix. “Equipment quality is always my first concern when travelling away from the metros. Badly maintained gear saddens me, there’s just no excuse. A lot of setup time is wasted in troubleshooting faulty cables/amps/mics. Sometimes event organisers are a bane too. Cutting corners on the sound budget for a music event, is very common practice and the trend is appalling,” reveals Divyang. 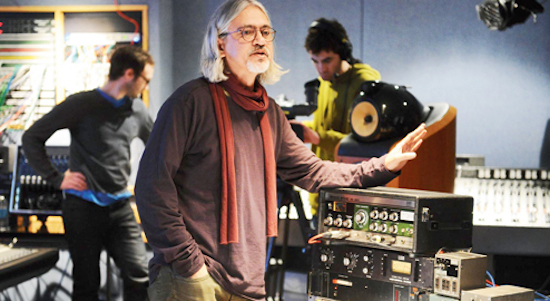 For some engineers it’s the band itself that poses a problem. “The most common issue is the quality of the source material. If the musicians/band don’t have their material sorted out amongst themselves on stage, nothing a sound engineer can do will make them sound good. As we engineers say “shit in, shit out,” Miti explains.

Experiencing frustration as an artist having to deal with under-equipped sound engineers has turned many a musicians into sound-engineers, leaving them self-sufficient. Anupam Roy, musician and owner of Grey Studios and Productions learnt the art of sound engineering on the job went completely DIY after being dissatisfied with the sound engineers’ lack of respect for artists and their sound. “Back when I started, I was a musician who, like every other musician then, was frustrated with gigs where the sound guy behind the board had absolutely no clue about what the band was supposed to sound like, and was ridiculously arrogant and flippant about it,” he explains. 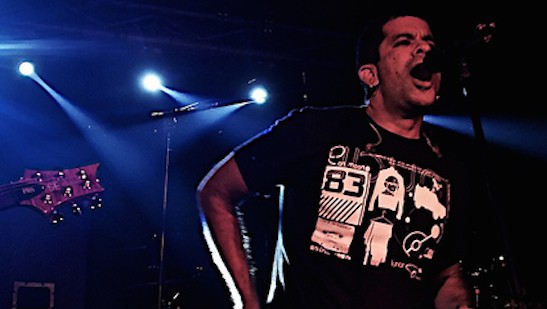 While most experts in the field of sound believe that India has much progress to make to be able to match up to international standards, some feel that the modern day and age has facilitated easy access to top brands to bring in good quality equipment. Says Uday Benegal of Indus Creed, “The most prominent change in the last few years is the range and quality of on-stage gear. Even smaller venues have a reasonably good backline – amps, monitors, etc these days. There’s a bigger variety of brands to choose from,” he says.

Anupam who had a mixed experience in Europe still feels the international standards are a notch higher when it comes to meticulousness and dedication. “I did an internship at the Øya festival that’s held in Oslo every year, and the level of expertise more than the gear is still way ahead of what we’re doing in India. A simple thing like cable management is handled very meticulously. If you’re a guest engineer, everything is already patched in as per your rider. The PA is more or less perfectly balanced, and you’ve little to worry about,” he observed.

The overall scenario in India especially in the independent music scene looks promising with newer, well-exposed and passionate sound engineers coming into the picture and due to fast growing technology. “Digital systems are becoming more common and the possibilities are growing day by day. Every engineer, be it in India or abroad has to stay on their toes to keep up. Although in India, sound engineering skills are improving very fast, there is still a long way to go to catch up to standards in the international scene,” he concludes. 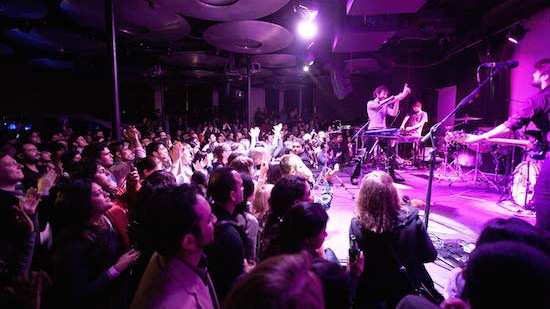 Box; Tips from the experts for up and coming sound engineers in India:

Miti Adhikari: An understanding of music especially the band that you’re working for, people skills, and a solid technical knowledge. Great sound engineers spend years learning and honing their craft.

Anupam Roy : Listening to their CDs is definitely a good place to start. That and talking to them, taking the time to understand their setup and what they’re comfortable doing. You might have a great idea, but if it makes the band uncomfortable then it’s counter productive. At the end of the day, everything should sound full and clear.

Divyang Row Kavi: As a student of sound, it’s important to have an open mind.

The motivation is always to make it sound awesome but if you don’t like the music, you limit the awesomeness of the said sound. The most important tool you need, is a pair of ears you can trust. The hunger to learn and having an open mind helps too.

One response to “The Art of Soundscaping”