“Amongst the educated masses, there always existed a classist approach to not prefer Nazrul’s work. He was a rebel poet, and a composer like no other. He spoke of those not favoured by society. His poem ‘Bidrohi’ (rebel) had a deep impact on me. It almost felt personal,” says Nafis, artiste, curator and producer from Bangladesh, “I’ve always resonated with his work because of my mother—Jharna Banu Ahmed. She was quite a talented musician. She gave it all up to devote her life to family. A culture existed amongst families back then where parents would sing and play musical instruments like the harmonium, sitar and tabla along with their children. This memory is a very special part of my growing up years. Every evening, we had such sessions at home. My love for music began with my mother. On a subconscious level, I’ve always felt that need within me to carry the torch in some form or another.”

Nafis’s art is polymorphous in both thought and identity. His artistic process meanders through sonorities that are insistent and cohesive. Amidst static conceptual narratives, he carefully crafts individual movements that unfold in melodic fragments. “When I visualise music, there are images and motion graphics. There’s probably a character. There are powerful words lining up, and maybe I’d throw in a bit of poetry. The music then comes alive. All of this forms a congruency towards interpreting a specific emotion. Genre for me was always a fluid concept. And, it only keeps getting more divergent,” explains the artiste who was selected as one of participants in the Border Movement Residency programme in partnership with Goethe-Institut, Wild City, Ableton and Musicboard Berlin earlier this year. “The most common traits that one finds in my work are gritty industrial rock elements fused with poly-rhythms, odd time signatures and glitchy components. They are not always perfect 4/4s with synthetic audioscapes. It doesn’t even have to be sonically coherent and melodic all the time. Sometimes, the incoherence and imperfection is what gives sound ‘meaning’.”

His latest artistic exploration no_name_face is an amalgamation of arts, technology and communication. According to him, the project aims to build a cohesive unit in order to explore diverse realms of artistry and technology. “I am optimising all my learning within a large framework. One may define it as an arts project, a live production company, a live installation or an artist/character. It definitely is a conjunction between many of these functions. I intend to create conceptual shows fusing artistic components such as audio, visuals, lights, motion and space with technology and branding to support it along the way. I see the mind as a universe in itself, and no_name_face is nothing but a representation of that. Therefore, it is quite hard to place it into a certain labelled ‘box’,” says Nafis who also plans to line up a small tour of both live performances and installations later this year, “I am also in the process of designing the details to both my live version and multimedia installation sets. The installation set is particularly interesting because it can morph into differentiated productions. Currently, I am in Berlin exploring the live arts scene again with a new perspective! Alongside music, I am also keen to delve deeper into allied arts and technology.”

In ‘DialTone’, Nafis explores the burden of loss. There’s a palpable agitation that gradually fades into agony. With a theatrical crescendo, the song builds rhythm and melodic lines. At times, it dissolves all semblance of form or structure. “It’s the ending that often throws one off. For, it hits a nauseating feeling of emptiness through a steady mono sound of a telephone dial-tone. Each section of the song can be visualised like a three-act play. There is a sense of romanticising nostalgia, a sense of search and hope gelled together. And, finally a short build of desperation followed by a sense of loss,” says Nafis. ‘With love, Brutus’, on the other hand, is reminiscent of a mind in perpetual state of conflict. There are scattered fragments punctuated by sustained melodic motives. Here, chaos seeks order amidst a wave of ominous notes.

Amidst an unstable political clime, social revolt and rebellions that redefined the cultural and artistic ethos of Bangladesh, art became a medium of protest for those who raised their concerns over systematic repression, violence and subjugation under what could arguably be viewed as an ‘authoritarian regime’ over the last few decades. The post-independence period witnessed gruesome battles for political dominance. It was during this era that artists (inspired by both traditional and Western music) created powerful songs which served as catalysts for socio-political change thereby setting the foundation for both protest music and band culture in the country. 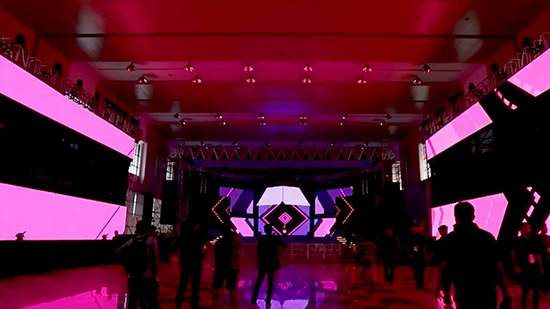 “Music and our lives are intertwined. There’s music of boats and rivers, of people working in farms, of wandering nomads. All this gives people a sense of identity. Every uprising in the country had a musical component attached to it: from the fight for language to the war with Pakistan, and even internal causes such as standing up against our autocratic government. We might have gained independence but we never got our freedom. Therefore, at some point, one begins to revolt. It was in 1952 when we fought for our national language. There were many students who lost their lives,” says Nafis recalling the tragic events that unfolded on February 21, 1952 in Bangladesh (then East Pakistan) when Bengali students gathered at the University of Dhaka protesting against Pakistan for declaring Urdu as the national language. The police opened fire at the gathering which resulted in the death of several students. “We honour this particular day globally as the International Mother Language Day. We even have a song called ‘Amar bhaier rokte rangano ekushe february, ami ki bhulite pari’ (My Brother’s Blood Spattered on 21 February, how could I forget it?),” he further adds.

According to Nafis, it was much after the Liberation War in 1971 when the first wave of Western pop music hit the streets of Bangladesh. Devastated by extreme poverty, famine and dealing with the aftermath of one of the bloodiest battles fought in the country, artistes like Azam Khan, lead singer of Uccharon, were pivotal in influencing an entire generation of musicians who raised their voices against issues like social injustice, conservatism, racism and even religious extremism. “Several groups followed them and it soon became a movement. Many of our musicians do not come from the privileged class. They write songs about their struggles with the political regime. The mid 2000s saw the rise of several underground groups including Cryptic Fate who brought out a concept album titled ‘Danob’ which was a metaphorical portrayal of our political climate as a ‘dark’ system. Rock has been a powerful medium to voice our concerns. Back then, our artists were activists. I have personally seen and been a part of this wave especially during turbulent times in our country. It all gradually led to a point where it grew from a form of subculture and tipped over like wildfire to the mainstream audience,” he explains, “From a prior visit to Germany, I also learnt that this was the case between East and West Berlin wherein the underground scene used alternative music to create a movement.”

In conversation, Nafis mentioned the Gonojagoron movement in 2013 where protestors demanded the death penalty for those involved with war crimes and mass rape in 1971. “Artists created music to address the fight between different ethno-political groups which turned complicated. In fact, it reached a point where many were threatened to be hacked to death simply because their music had created a massive impact. However, here’s an ironic sketch of what’s happening today: the biggest rock gig is hosted by the ruling party to celebrate a historic movement at a stadium that belongs to the armed forces. Here, rock musicians play music that speaks against the system to an audience who mirror their thoughts. And, while it may sound like a bizarre mix to the world outside, somehow, all of it works!” 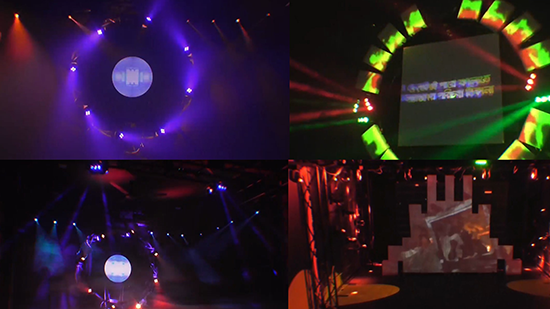 Image credit: Nafis, no_name_face / “Inspired by the Berlin club scene, I built a live studio to experiment and enhance both artistic and technical components”

Bangladesh has a contradictory attitude to art. While art is interwoven into its identity, artistes struggle to build an ecosystem: one that nurtures and supports art. Here, Nafis believes, music that doesn’t conform to acceptable or established popular trends quite often struggles to garner the requisite support. “Everything is politicised and getting to host anything is impossible. Professional artists find it difficult to break such barriers let alone younger ones. This of course hinders and discourages other musicians from pursuing their art. The general public is yet to develop the attitude to support art or artists. There’s also a morphing trend of how music is consumed in the digital era where labels, platforms and artists are working non-coherently thereby creating temporary and not a permanent momentum,” explains Nafis, “The only way artists can make it is if they could stand out from the saturated unwilling music market which can only happen by striking a balance between consistency and experiment.”

Nafis strongly believes that artists have an even bigger role to play in transforming society and art is the only language that speaks the truth no matter in which direction the balance of morality tilts. “We must continue creating and disseminating more art into the world so that someone somewhere can find that voice of hope, and feel heard,” he says,“In some cases, art can actually inspire us to create a movement. I feel that every war, every fight and every disparity begins from one’s own dispositions. If we can address the humanity within us, we could do a lot better. And, there is no better tool than art to help us.”