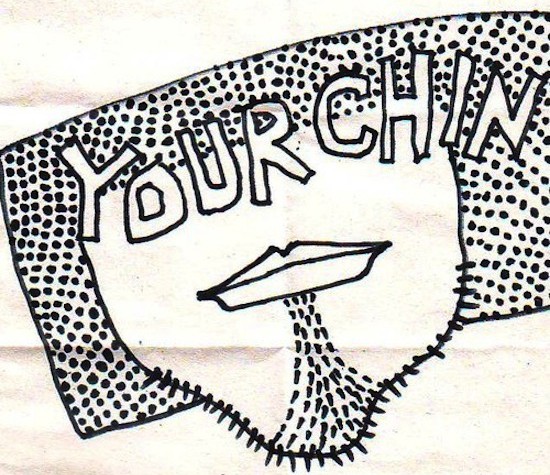 You know you must sound good when you’re manning Gotye’s opening slot, solo. But outside of proficient electro-acoustic performances with, and without his crew, Raxit Tiwari has been making mellow folktronica/indie pop for a fair while now.

Sounds like these aren’t floating out of too many studios in the city, which is a shame, because if you’re into rock, pop, folk, electronica or otherwise, the ‘indie’ in you will be stirred awake by Your Chin. Listen up.

There are loads of elements within the scope of your sound- how do you manage to pilot that ship while you’re on stage?

By slaving after automation. Treating my computer and Ableton Live (DAW) like a pharaoh for long hours, sometimes makes it possible to handle what sounds like guitars, synths, drums machines and a mic on stage while singing with just two hands and a mouth.

Your chin helps, of course!

Within that scope, could you take us through your on-stage routing?
I use a Qu neo, a guitar and a mic all of which are going into Ableton Live, and coming out from the Apogee Duet.

So what exactly are you doing behind all those controllers?
I’m using the Qu-neo to control some clip faders and filters. It also doubles up as a synth to play some basslines and melodies.

How has getting into producing music affected your perspective within your songwriting process?
I think now, more than ever, they lean on each other quite often. It’s hard to look between these lines and call them separate anymore. So yes, a lot has changed.

Sneak peek into your studio set up:

Favourite tools/toys in the studio?
I’ve been waiting for the MC-909 to come back from repairs. That’s a whole lot of fun and sounds pretty fat.

Favourite Mics to record your vox on?
I’ve been using a Behringer currently. I like the way it sounds. I’ve used a Neumann for recording earlier, those were pretty kick-ass too. Used an AKG’s at one point, would love to get one of those.

Gear wishlist for 2013?
I need to buy a Condenser mic and a Novation launchpad so I’ll do that at some point.

What more can should we expect from Your Chin this 2013?
A few more singles and a few more gigs!

If you haven’t managed to have a listen already, you’re missing out. Here’s where you can: