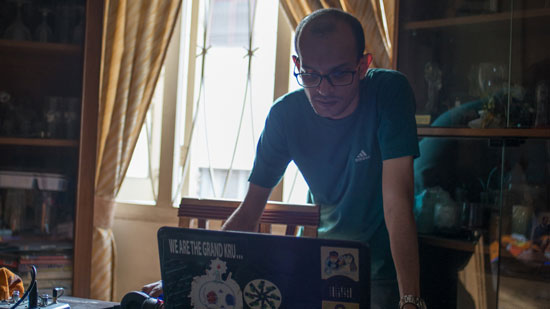 “I’m sorry; I find it tough to articulate my words sometimes,” said Daniel Arthur Panjwaneey, as I asked him to recall in absolute detail the summer he spent in Germany earlier in 2017 as part of Border Movement Residency (created in partnership with Goethe-Institut, Wild City, Ableton and Musicboard Berlin).

BMR’s unique residency program is designed to cater to every resident’s requirements. Panjwaneey aka Alien Panda Jury spent two months in Germany creating sonic settlements that conjure a world that is unfamiliar but inviting, collaborated with other artists, played and attended shows and worked out inner music complexes. The 31-year-old music producer who calls the vibrant and brutal city of Karachi home, also immersed himself in the multiculturalism that is found in the streets of Berlin – an experience that was both profound and eye-opening for the musician on a deeply personal level.

As Panjwaneey described it, the residency put no pressure on artistes and was non-traditional in its approach. “It was very open-ended even before I got there,” began Daniel. “When I spoke to Gerriet, who is the founder of Border Movement, he asked if I could cook and I told him it’s not a problem. He then told me that it was entirely up to me to decide which kind of artist I wanted to work with or whether I even wanted to work with an artist. He told me that I had the option to do something at the end of my residency and not necessarily do something in the beginning. They don’t put pressure on you in any form. I found that really interesting.”

While in Berlin, Panjwaneey – who is associated to indie bands like orangenoise and The D/A Method and is a terrific bass guitar player – played two gigs in Berlin including one at the iconic Roter Salon/Volksbühne, a space that he maintained has a lot of history. “That was for the Noland label showcase, which is a label started by the Teichmann brothers, who are behind the Karachi Files project so it was them, myself and this artist called Ramsha Shakeel, who flew in from Canada. We played during Torstraßen Festival 2017 which is a street festival that happens every year. I also played at this really crazy gallery called the Bethanien for an art exhibition called ‘Born in the Purple’ by Viron Erol Vert. He’s from Turkey and is based in Berlin now and the thing about his exhibition was that it had a lot of questions about identity and gender so it was quite an honour to play at that. I also played at Favorit Bar in Munich, which was quite fun.” 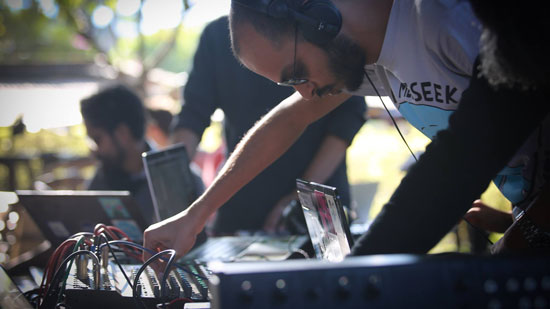 Panjwaneey admitted that though he didn’t play too many gigs, for him it was about understanding music as a culture as well as about working out modalities for his live set. He did, however, collaborate with an artist called Pablo Lauf.

“Pablo’s been to Karachi three times and came for the first time two years ago for Karachi Files. There was a link from before and so most of my collaborations were with him because initially I was staying at his place.”

The atmosphere that greeted Panjwaneey while in Germany was relaxed and therefore allowed him to observe an ethos that has no place in Pakistan in its present state.

“For me it was really about understanding club as a culture,” said the music producer who plays his blend of music under the moniker of Alien Panda Jury. “How club music was used for movement of resistance in a place like Germany especially given their history and why it exists. We have, in Pakistan, third-world problems and they have first world problems. In Pakistan, there is no such thing as LGBT rights. In Germany, at least they have something. It’s very interesting for someone to experience another culture and see the beauty for what it is and how music can be used as a tool for something that can literally change lives on a mass-scale.”

Apart from exposure to a kind of diversity that can get you murdered in Pakistan, the weeks away from home, where the climate of music particularly in the spotlight is about pandering to corporates, allowed Panjwaneey to work out issues playing in his mind in the context of his own music. 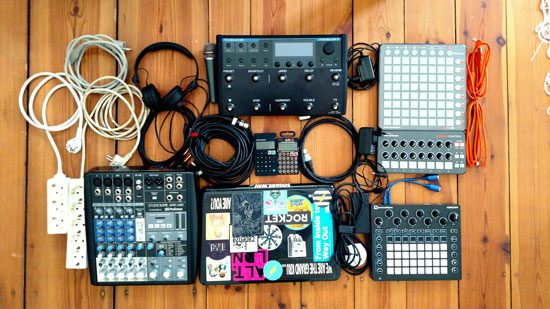 Another major influence on Panjwaneey was the city of Berlin itself where the culture of clubs and live music is in complete contrast to the scene in Pakistan. Unlike Karachi, where appreciation for various experimental forms of music is so lacking that it can create a kind of self-doubt, Berlin helped Panjwaneey embrace imperfections. 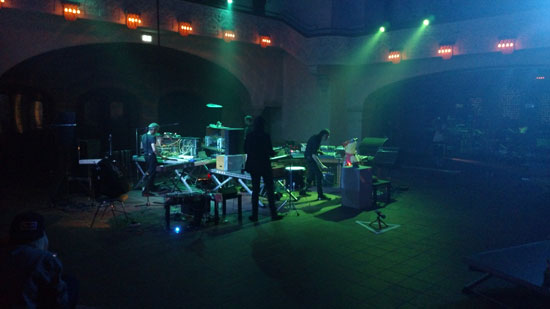 “Almost every other venue you walk into is like walking into a dream because people are expressing music in such an open-ended fashion that there is no conformed structure,” noted Panjwaneey. “The element of surprise was very interesting for me. You walk into gigs where people are improvising and they just don’t give a f**k. There’ll be a gig where people are playing noisy drone for two hours and there’ll be people who will be enjoying it; there’s a crowd for it. In a place like Pakistan, when you’re a live performer, you think about how you’re representing yourself out into the world and what Berlin helped me with was that it made me realize I should not give a shit. When I played in Munich, I played two new tracks and made some mistakes but it didn’t affect me the way it would have if I had been in Karachi. It made me a little freer in that regard.”

On a parting note, as I asked Panjwaneey about what he thinks he has accomplished, he noted: “I feel like I let myself down slightly. I could’ve done a lot more but I think I was also adjusting to a lot of things. Personally it’s been a tough year.”

None of it will keep Alien Panda Jury from making music though. He plans to put out tracks created post-BMR under a new alias, one that delves deeper into club-sound and has plans to put an EP as well. Fortunately, for Panjwaneey, the journey is far from over; he’s just getting started.