A View From The Sidelines: The Evolution of Curtain Blue 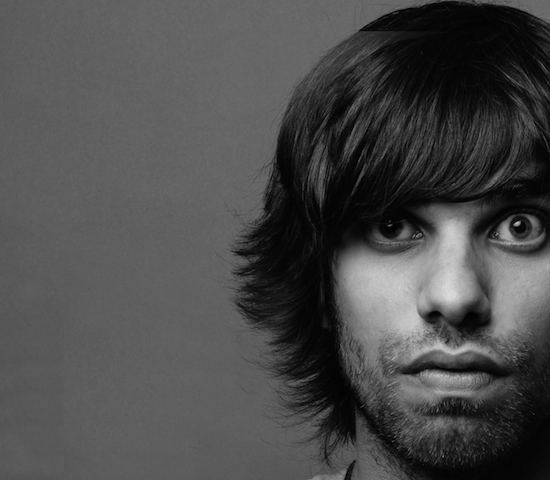 In May 2009, Abhishek Bhatia and his bandmates from The Circus,announced themselves to the scene at large, breaking out of the compact and restrictive Delhi circuit courtesy of Channel [V]’s Launchpad reality television series. The Circus were eliminated from the competition, failing to impress in the penultimate round, but, over the course of the series, had established themselves as one of the most refreshing and innovative acts that India had to offer. Bhatia’s distinctive approach to design played an integral role in grabbing the judges’, and the audience’s attention.

Today, Bhatia is further expanding his sonic aesthetic under the Curtain Blue moniker, a solo project that first broke out in late 2013. The wiry, introverted boy from Launchpad has grown into a calculating and self aware producer that has a blueprint in place, aided and abetted by the equally evolving members of The Circus. His talent has been appreciated by the likes of Robot Koch, who saw him perform at the first edition of the Magnetic Fields Festival and further collaborated with Bhatia on his latest release ‘Tsuki’. He’s scheduled to perform at Brighton’s Great Escape Festival alongside fellow left-field Indian electronic acts Nicholson and Sulk Station. Yet, he betrays a sense of anxiety, one that seeps into his music, over the uncharted waters he’s on course to navigate.

Bhatia’s defining characteristic has always been his ability to craft pop-soaked vocal hooks, manipulating and shaping them (using vocal processors) into a raw, visceral sonic experience. On Drones, his long awaited debut EP, he applies the same approach, using his vocals as a melancholic texture that float around a series of intricate, angular beats. An architect by profession, he manages to transfer his sense of design and space onto the record. Each sonic element belongs in a particular section of the environment that Bhatia has envisioned. On ‘Drones’ and ‘In Dreams’, that environment is desperate, as if two warring entities have launched a last ditch attack on each other, while ’Sentinels’ and ‘My Obscurity’ are confined to solitary, introspective spaces. Bhatia confesses to culturing a highly paranoid personality, one that is prominently showcased on this record. His attention to detail, highlighted by the fact that these songs have seen major and minor tweaks over the past two years, brings to the fore his struggle to attain perfection.

Last month, I caught Bhatia perform at the Mumbai launch of his EP. He was scheduled to play after Pangea, a band that is revered, and deservedly so, in the Mumbai community. Blue Frog was packed for their performance, and as Bhatia, who was celebrating his birthday, went about setting up on stage, he was witness to a rapidly dwindling audience, few of which made their way back in. As he picked up the mic, the club was enveloped in feedback, which left him dismayed. Earlier in the day, during soundcheck, he’d nitpicked at every little detail he could think of in order to make this club night work. His band setup is designed to make him feel comfortable on stage; comfort that he’s only developed over the past couple of years with The Circus. He has a habit of constantly looking back at Anshul Lal (The Circus), his drummer for reassurance. At that moment, he was anything but comfortable. 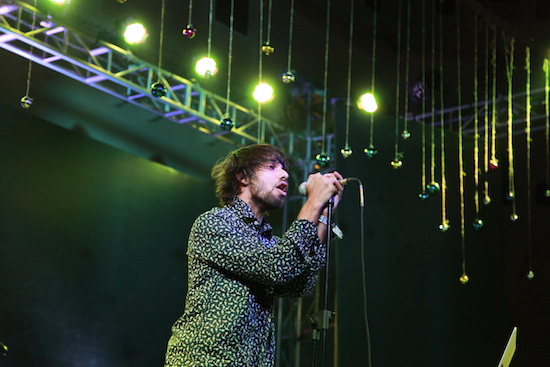 The quest to find the right sound dominates Bhatia’s agenda as a live musician. His standout performances have always been at festivals such as Magnetic Fields and Bacardi NH7 Weekender, festivals where the system itself is designed to bring out every idiosyncratic element that the artist has engineered. In India, club venues are frustratingly inept; failing to upgrade their sound system or adopting an acoustics blueprint that lacks any rational thought. At such venues, Bhatia’s music tends to get lost in translation. For example, listening to ‘Sentinels’ on headphones is a vastly different experience from hearing it live. Each percussive element, recorded live over multiple days at his home, is an integral part of the atmosphere he’s created. When such details are hidden due to a crude sound system, part of Bhatia’s genius is removed. Even though his time with The Circus has prepared him for this, and would have probably jaded many other artists, Bhatia is attempting to push clubs in a direction where acoustics are the number one priority.

Drones is an extension of Bhatia’s paranoia. The EP claws at his insecurities, struggling to disassociate itself from the gluttony of electronic music producers that have entered the industry in the hope that they too can get their 15 minutes of fame. Bhatia has never been as captivating, or determined, as he is on this record. What makes this part of Bhatia’s journey so engaging is that as Curtain Blue, it feels like he’s let loose and is free to explore whatever narrative he desires. And as he’s showcased over the past seven years, the narrative he chooses to explore only pushes the scene forward.