It was a hot summer evening and the auditorium was filling up fast. Musician Shrikant Sriramaka Shri known for his dexterous bass playing skills and equally dynamic production, was performing that evening at the NCPA. Shri was born into a musical family in Mumbai where he studied tabla for almost 14 years. He soon started sculpting his own sound experimenting with the guitar, flute and bass before moving to the UK where he eventually grew into the well-respected musician he is today. The NCPA concert organised by the British Council was the first in a series of alternative electronic music events that were held in Mumbai.

Seven years later, the musical ties between India and the UK have only become stronger and the exchange more diverse. An increasing number of events are being hosted to encourage cross-cultural collaboration. We also cannot overlook the legacy of the Asian Underground Movement; an umbrella that sheltered the sounds that emerged out of the socio-political climate of the time. Today, South Asian roots no longer strictly imply a certain kind of sound or represent a particular sentiment.

“It’s becoming a movement towards something more beat-driven and tribal. There’s some really excellent footwork influenced stuff getting out there, as well as the slower takes on jungle. US hip-hop and trap still have a big influence but in a much more organic way than it did a couple of years ago. Of course deep house and techno are absolutely everywhere at the moment which seems to be focusing producers back to the groove-based side of electronic music,” says Prashant (Prash) Mistry of Engine Earz, a bass music collective from London who have carefully crafted their trademark sound and made a name for themselves here and in the UK. Mistry is of Gujarati descent, but was born and raised in the UK. He’s spent chunks of his time in India collaborating, performing and extending his expertise to festival programming. Prash’s list of favourites include Jai Paul, Bobby Tank, Meraki I, Pavan/Foreign Beggars, My Panda Shall Fly, Riz MC, Kaos, Vivek, Amit, Aneek Thapar and FourTet. 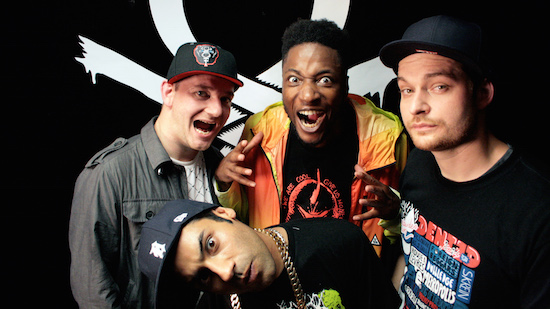 Prash believes that the Asian Underground sound and movement has evolved into something more fluid. “It’s strange, there actually is far less of a “scene” if any, of what you may call “Asian Underground” artists. I think largely because people from the diaspora have amalgamated far more into the general stream of music consciousness. When the Asian Underground in the UK was at its peak, the producers were really fighting some very real, (non-hipster) struggles to let society know that they existed and demanded respect from the rest of the musical and socio-political landscape. This was achieved by showing pride in their multi-cultural identity i.e. mixing revolutionary electronic sounds like jungle from where they grew up, with classical Indian sounds that reconnected them with their origins. I’m not saying that amalgamation is such a bad thing by any means, merely that new British producers with Asian roots don’t feel the need to wave a flag of identity anymore and can just write truly excellent music! I guess that’s what the “old guard” would have wanted for the next generation of producers, right?” reflects Prash adding that the only danger is losing a medium to express when challenges arise around race, politically here in the UK – which according to him is likely to happen as the UK becomes more and more right wing. 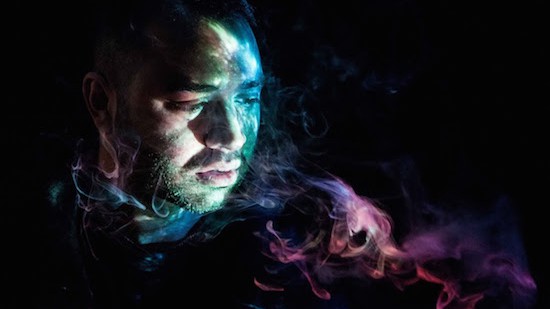 According to Manjinder Sandhu aka Nuphlo, another UK based producer with South Asian roots, Asian Underground was every genre under the sun. “It was grouped under the same umbrella only because it contained samples, sounds and vocals from Asia and the Middle East. The goal of Asian underground music was to express our identity as the children and grandchildren of immigrants. It was also to help us find our place in society. Racism and hate crime on the street and in the work place is still very apparent. I feel as though racial tension has recently increased in Britain, mainly due to people worrying about the changing identity of the country due to greater immigration. There are a handful of producers who do make eastern influenced music. It can be difficult to get the balance right without making it sound cheesy. I feel that for new-skool Asian Underground music to have an impact, it needs to be more than just a tabla loop or vocal sample. It has to be musically interesting enough to resonate beyond one cultural group of people.” Nuphlo’s new album is about to be released and features collaborators from all over the world. “My debut album is out this summer on London’s Studio Rockers. It features several collaborations with different singers and musicians from around the world. The aim of the album is to contemporise the Asian Underground sound.” 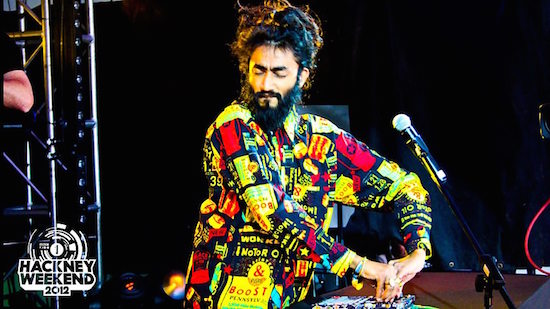 My Panda Shall Fly

The Engine Earz are also gearing up to release their new album via Flux Pavilion’s Circus Records. “It feels like the more cinematic album we’ve always wanted to release as a band. The label has been really supportive in helping us release a more live sounding record and have made it clear that their focus lies in releasing something they truly believe in and can be proud of. This has given us freedom to work with some seminal visual artists and explore groundbreaking new technologies/formats as well.”

The only apprehension that comes with easy access to technology is whether the music start to sound similar.

Prash addresses this with respect to the album he just finished making. “Sonically, we definitely wanted to move away from the more homogenised mixes and sounds coming out of electronic music recently as a result of everyone using the same exact plugins, samples programs, production tutorials, controllers etc. Of course you can still get original results that way but I guess we wanted to make something that was more reminiscent of the classic mixdowns on those old Portishead, DJ Shadow, Massive Attack kind of records. To do this we went quite deep into understanding what gave the analog gear they used that quality, and commissioned a few custom pieces for the mixdown process,” he explains.

Nuphlo looks at it from a different perspective. “The availability of audio editors and production software has enabled people to express themselves musically. Even though this has created a mass bombardment of mp3s to potentially listen to, I believe this is a good thing. There are so many weird and interesting genres and subgenres of music constantly developing. Anyone taking music seriously must make something special to stand out. Listeners are spoilt for choice, and to find an artist who is a diamond in the rough is always a treat. Some interesting artists I have recently enjoyed have been Rudoh from Karachi. His soulful, futuristic vibes are infectious and timeless. Gantz from Istanbul is a producer whose fresh approach to the use of eastern sounds and samples is incredibly innovative and straight up dope. The footwork scene out of Chicago, with its modern jungle sound is something I have recently been inspired by. Closer to home, Shandy, Ges-e, Osmanisoundz and the New World audio boys are artists who are always coming up with something fresh,” he says, adding that this has definitely pushed producers to find more specific sounds. “One great aspect is that many producers are combining this old-skool technology with modern methods of processing and sequencing, which in turn creates music that sounds contemporary.”

Another prolific British Asian artist from the UK is Amit. The producer holds an MA in Advanced Music Technology and is notorious for his signature half step (174bpm) sound that has become an inspiration for many other artists. Amit’s music reflects heavy dub influenced sounds while incorporating traces of Asian and Middle-Eastern styles. He views the music scene differently: “The UK is a buzzing place for electronic music; every year there is something new or interesting that pops up. Having said that, I wouldn’t say there have been any dramatic breakthroughs in the past three years or so. And like all art, the landscape changes rapidly. Before you know it, yesterday’s fashion is old and material from 20 years ago is golden again,” he says. Amit is gearing up for an all India tour this September. 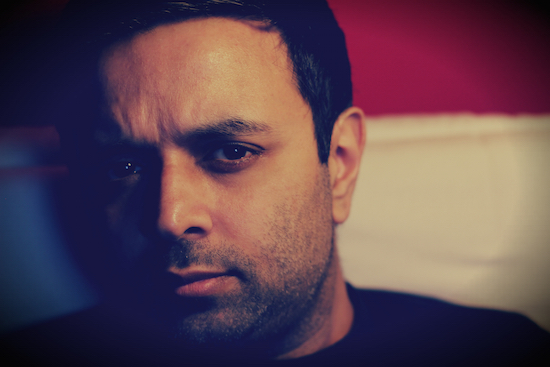 Amit feels that production and its relationship with technology is moving a step in the right direction to make better music and hone existing skills. “Knowledge is power but natural talent is something you can’t teach. My advice to anyone who is interested in producing music is to just have a go (keeping your influences in mind). Once you’ve got to grips with the technology, maybe take up a course or start a degree. The degree will open doors and give you the chance to socialise with other people who are pursuing the same goals as you. This exchange of real life experiences really helps self-development and problem solving in the field. A degree won’t give you more talent, but it will help harness what you naturally possess,” he ends.

There are many electronic musicians from the UK who travel to India regularly and perform at festivals here. This will hopefully open doors for more Indian artists to travel to the UK to present their music. Arms House, a company set up by Prash and his friends specifically looks at helping artists find their audiences. “This is a collaboration with Pavan from Foreign Beggars and Ali Sachedina, a NYC based music attorney. We wanted to use our experience and networks from being involved in ascendant music scenes internationally, to assist the multitude of talented Indian underground musicians and creatives that wanted a platform to develop in markets beyond India. At the same time, whilst India is viewed as one of the most exciting emerging markets by many in the international music industry, it is also sadly perceived as a minefield, with errant payments, often untrustworthy promoters and very corrupt cops. We aim to help change that perspective in anyway we can by highlighting the incredible work of the teams who are doing it right.”

The UK-India musical exchange maybe more one-sided at this point, but the bond is growing stronger each year, with newer artists and cross border collaborations hopefully laying the foundations for a more two-way musical communication.