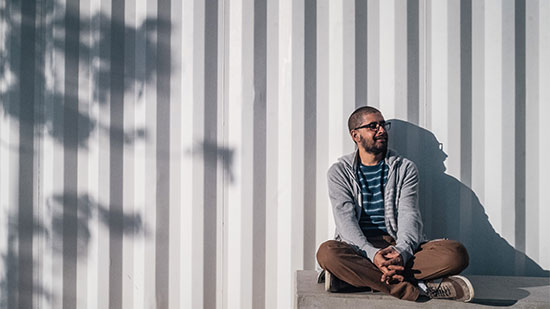 If you’ve had the chance to attend a Red Bull Music Academy lecture, you know you’re going to come away with something worthwhile from those 45 minutes. At the recently held RBMA Bass Camp in Dubai, a beta version of the annual Academy, I was witness to some interesting lectures, workshops and a bunch of sessions at the Hai D3 in Dubai, a contemporary urban setting in a newer part of the concrete jungle. There were a bunch of musicians, producers and singers from the Middle East region, including nations such as Lebanon, Kuwait, and Bahrain. Rahul Giri (_RHL, and one half of Sulk Station) and Rohan Hastak (Big City Harmonics) represented India at the three day affair. Coming away from the event I had some larger thoughts, listed for a clearer understanding:

I have never been a big fan of prolonged lectures since my college days. However, having attended some under the RBMA camp can make you believe otherwise. On offer in Dubai were Matias Aguayo, a pioneer and electronic music legend in his own right and Gilles Peterson, aka Mr. Worldwide (not Pitbull, guys). I want to particularly mention the latter lecture – a kind of history class coupled with identifying culturally significant music to have passed through our contemporary times and radio airwaves, almost single-handedly identified by Peterson himself.

With his decades of experience, first as a teenager running a pirate-radio station and now as one of the most respected voices in music, Peterson remained modest throughout and took time out to answer questions for eager participants after his session. The BBC radio stalwart imparted wisdom on several topics; from observations about vinyl resurgence, hipsters fuelling nostalgia driven beats and breakout singer-songwriter Anderson .Paak who debuted his sound on Peterson’s show. I regret not asking for that photo. 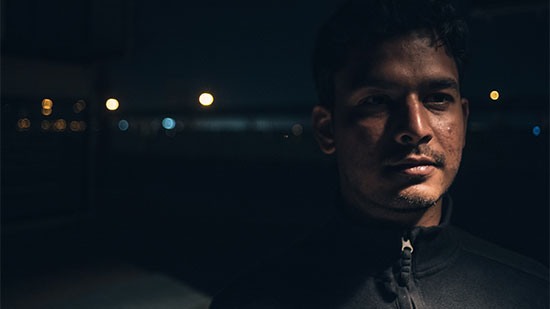 During Bass Camp I spent a whole lot of time with Rohan Hastak. I naturally took to pestering him about his long overdue sophomore release, a follow-up to the impressive debut ‘Foreword’. The guitar player-turned-producer eased into answering questions over the duration of the event, and spoke about the struggle he was facing with feeling in the right state of mind to be able to produce, and eventually release music he is comfortable with.

At several points in our conversation it felt like Hastak belonged in a three-piece punk band and not behind a console, but his child-like excitement about production would suggest otherwise. The 20-something lad has found himself in a flux playing many a show over the last two years, backed by just a single EP. While fans are ready for new music, Hastak finds himself in a creative dilemma. Barring a spattering of collaborations since the debut, Rohan finds himself at a crossroads; I, for one, am excited to see what comes next. And if the collaborations are anything to go by, the future does look exciting from camp Hastak. 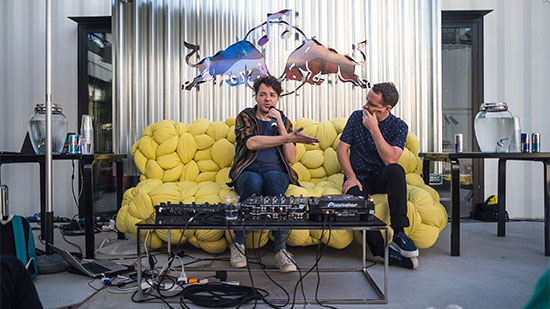 Seeing the participation at the Dubai edition of the RBMA Bass Camp, my first thoughts led to how far away are we, in India, to hosting one? The early months of 2016 have already seen a slew of internationally backed music conferences. The past month saw the conclusion of the first ever ADE Global Sessions in Mumbai, hot off the heels of the The Exchange X AVA series of conferences a couple of weeks prior.

In the same month, New Delhi producer, designer and label honcho Nikhil Kaul, alongside Lowlit co-founder Soulspace, hosted his own workshop meets open jam called BeatDesk in partnership with Pepsi MTV Indies. With newer properties such as the Listening Room (an effort by REProduce Artists to take experimental music outside of clubs) and last year’s SynthFest, it feels like the venue-starved musicians could benefit from an event of the repute and reach of RBMA within the next couple of years, if not sooner.