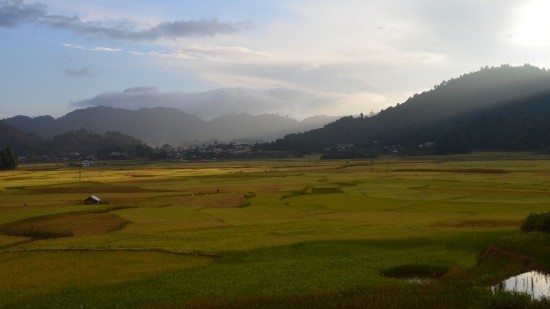 After four days at the Ziro Festival of Music, a few words on some of the most noteworthy acts. We’ve largely stayed away from the straight up rockers. For more on them, look to Anurag Tagat’s excellent work at Rolling Stone, or keep an eye on MTV Indies, whose Sameer Ghauri seemed to be everywhere at once in Ziro.

Ziro Festival 2014 brought an impressive lineup spanning folk, funk, rock, hip-hop, and some live electronics. The more polished pop-rock acts were the least compelling, but they clearly weren’t there for me; the floor remained packed with jumping and writhing youth, predominantly from the Northeast. 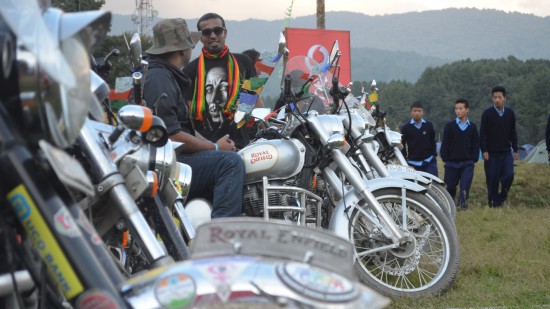 Among many Northeastern acts to appear on the bill, both folk and contemporary, The Omak Kamut Collective provided my biggest surprise and delight. Arunachal locals – with a little help from a few Northeastern friends – they blend bossa grooves, local folk, rubbery funk basslines, and chanting styles that recall afrofunk call-and-response. I usually use the words “jam band” as a pejorative, but these guys were more Tuareg guitar drone than Phish. I want to see more.

Another festival highlight was Tankbund, whom I had never before seen live. A brilliant band with three keyboards and no guitars that refuses to be lumped into a single genre, electronic flourishes accompanying vocal harmonies and occasional moments of good old fashioned rocking out. The group was at its height when Ritwik De’s deftly programmed electronics melded with harmonies from keyboardists and singers Subhadra Kamath and Tarana Marwah over Ujjwal Kumar’s crisp, kick free rhythms. 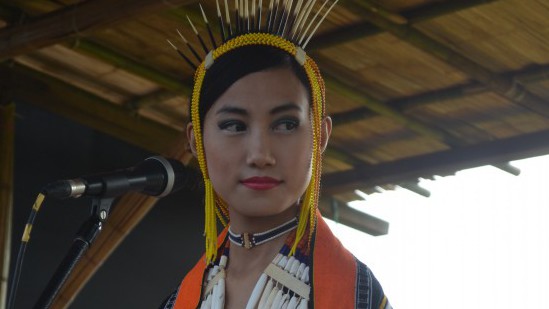 Both female vocalists delivered stunning sounds, but I hope that Marwah becomes more comfortable engaging with the audience as she sings. And although De is a talented singer, the women with whom he plays provide such stunning vocal accompaniment that his energy might be better applied to introducing more live elements into the electronic arrangements. When he pounded out 808 claps and kicks on his sample pads, all was right with the world for a moment.

But although Tank Bund and the Omak Kamut Collective resonate with me personally, the most powerful moments of the festival belonged to Still Dirty. The Sridhar / Thayil sound has undergone many permutations, but with Suman joining the band, magic was made. The last time I caught the duo was for a stripped-down beat style gig at Zenzi. This time, Thayil filled the frequencies with a thrashing psychedelic funk rock that – though it took surprising turns – resembled nothing as much as Maggot Brain era Funkadelic. Bass by Ska Venger and Jass B’stard Tony Guinard and drums from the ubiquitous Nikhil Vasudevan impressed, anchoring the joyous cacophony. The act proved strongest with Suman’s Billy Holiday-on-acid vocals supported by Thayil’s equally intoxicated spoken word. 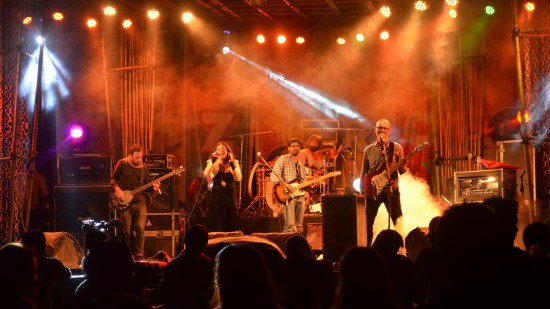 At Suman Sridhar’s earlier solo set, my first thought was that in order to prep it – a performance layered with triggered vocal samples and pre-produced synths – she must have sat in some dimly lit home studio for several late nights recording her own vocals, cutting, and programing them into her keyboard. Electronic music production is often solitary work, and there was something enchanting in the image of the lone quasi-digital artist readying her tools. But I realized I would do better to be entranced by the result. Think of the amazing sample bank that this woman must own; any producer with a dash of talent could do wonders. And so does she.

The set touched on jazz, spoken word, and even old school filmi reinterpretations, blowing away the afternoon crowd, the sun slowly setting over the Arunachal hills behind Sridhar. That said, we’d like to see her update her technical setup. Triggering samples on a keyboard using her toes may be impressive, but a seeming inability to loop samples made for awkward pauses in the performance as she retriggered her loops.

New Acts, great promise, and a bit of work to do:

Oh, Rocket was selected by MTV Indies as part of a competition to play at Ziro Festival. MTV Indies, I salute you. You chose well.

Oh, Rocket showed great promise. The electro indie-pop vibe recalled Passion Pit with a dash of Cut Copy, and though their sound wasn’t too MGMT (whose Electric Feel they covered to great effect) their look certainly captures that mid 2000s Wesleyan image. That said, the live show needs a bit of love before Oh, Rocket is ready to storm the nation. Namely, the studio work is great, but a drummer would vastly improve the live performance.

Feyago has balls. Big fucking Bengali balls, and he lets them swing from stage left to stage right, knocking down anything in their sweaty path. Walking onto the Ziro stage, he opened his set with the words “This is a huge moment in hip-hop history.”

It wasn’t, really, but that’s not a bad thing. Because in addition to his massive huevos, Feyago has a lot of flow, and he may yet make hip-hop history. The emcee – Kolkata based, Darjeeling born, and seasoned in the UK – is one of the first English language Indian emcees based in India to rock a mic this hard. He even has a parody song, taking on the tame Bolly item numbers that can’t compare to hip-hop’s strip club anthems. Parody means the kid has a sense of irony and sarcasm. That already sets him apart from Mr. Honey. 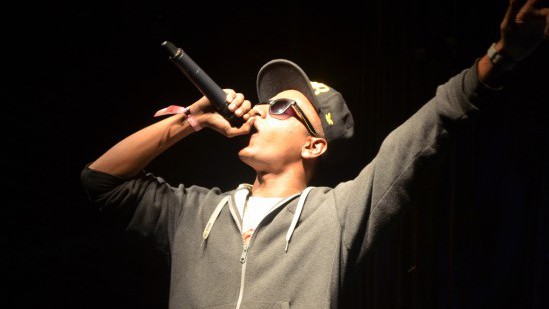 I want a mainstream emcee in India who doesn’t have a name that starts with a repeated greeting. Feyago is the first act I’ve heard that has the potential to cross over out of the land of hipsters and the elite to the land of big fat bags of endorsement cash. Because we really hope he does. But to do so, he’s gonna have to get off of Jay-Z and Kanye’s dicks and stop doing covers. Real emcees don’t get down like that.

A few odds, ends, and miscelani:

Please don’t ever book Indus Creed again. Anyone. I don’t care how many times you tell me they were groundbreaking. Just because they were the first people to get huge playing derivative rock music doesn’t mean it was ever good, and now it’s gone from fresh garbage to stale garbage.

I’ve written about these guys too many times, so just this: they’ve got amazing new material that shows off the dub connection between Delhi Sultanate and keyboardist Stefan Kaye, giving the latter great opportunity for some psychedelic freakouts. If you’ve been getting tired of the same old songs, it’s time to come back out for the Ska Vengers. 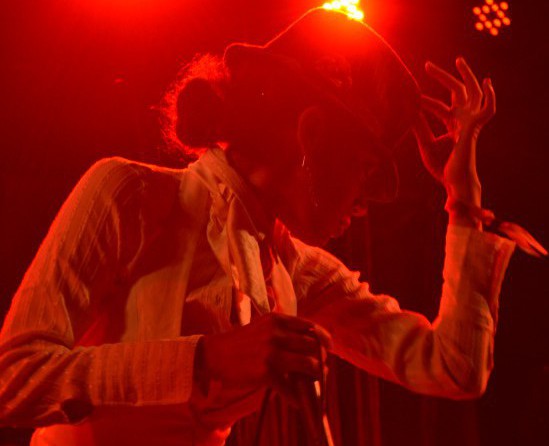 I missed most of this guys set, but he closed with an absurdly good ten minute rendition of the Yann Tiersen penned A Quai from the Amélie score. Guitars wept gently, transforming the light melody into something with a lot more gut-wrenching soul.

written and photographed by Kerry Harwin