Episode six, season four of Bojack Horseman – the anthropomorphic existential dread-fueled haunt-binge – is titled ‘Stupid Piece of Sh*t’. This is also what Bojack calls himself, as he gets out of bed, and again when he stress-eats cookies, and again, as he is driving around town to avoid his mum. This particular episode was brought up during a session of the mental wellness podcast Marbles Lost & Found hosted by music producer Zain Calcuttawala and Avanti Malhotra. The podcast started a couple of years ago, as a means of normalising the conversation around mental health, without homogenising the subject of emotional chaos.

The reason we bring up Bojack, is to convey how complex and all-pervading the sense of creative futility is, especially if our sense of self actualisation is in any way tied to our work. “I’d say the most common narrative that people share is that in some way or the other, I’m not good enough. This manifests itself in different ways, in depression, or anxiety, or addiction. It’s kind of an outlet to what you’re too scared to address,” Calcuttawala tells us. Just like everyone on Bojack is at odds with their own pinballing narrative, be it the overworked celeb manager, or the intellectually exhausted journalist, irrespective of what we do, we all share Bojack’s dread of being loved but not ‘liked’, or losing relevance and individuality in the digital age. And on workdays, when we feel this dread the most, we often just power through. 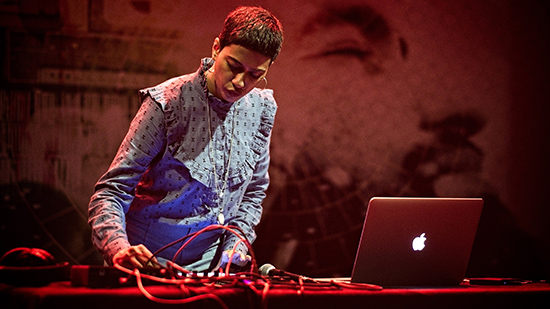 Songwriter and music producer Gowri Jayakumar, who also goes by the moniker Pulpy Shilpi, tells us that at times, she pushes herself to work on a challenging project which may result in emotional torment taking a backseat. “There is hardly any conversation about balancing indoor studio time with a life outdoors. I feel this is a big recipe for mental breakdowns. There is no dialog about diet, exercise, detox, as basics for addressing depression,” stated the songwriter, who believes that being the sole watch guard of one’s own working hours is as freeing as it is damaging. In the gig economy especially, we all create on our own time, often pursued by hurried deadlines, so the idea of clocking out doesn’t necessarily exist, or is often ignored.  Especially, considering how the indie music industry has upheld the ‘keep going’ mantra, without clearing out space for a pause. “It gets even more depressing because I’m only answerable to myself, and that’s sometimes like, whatever, right?” Gowri remarks. This anxiety is perfectly captured in Darcie Wilder’s essay on navigating the overwrought space that is gig culture. “Because my subjects were of my own choosing, I forgot where killing time stopped and work began,” she writes in Vice.

This is a very telling sentiment; since most creators have paved their own path, taking a step back, tends to add to a sense of undoing. Kripi Malviya, who co-founded Goa-based wellness and emotional awareness organisation Tatva, believes that most performers and artists usually exhaust themselves working, even on a particularly trying day, to shatter an internalised myth of failure. “So many of them have been consistently told, ‘Of course, you wouldn’t make it’, or ‘You need to do something steadier to make a living.’ This is a path most performers and creators choose for themselves, and are often quite alone in it. It is empowering to make a living from something you love, and yet terribly isolating. Powering through, amid intense personal struggles, is at times, a way of actualising your worth as an artiste,” she tells us. Tatva arranges multi-disciplinary therapeutic residencies for artistes, which aim to streamline the process of creation and self-awareness. “Mostly when an artist does choose to keep working while battling several anxieties at once, they are not essentially being their most authentic selves,” adds Kripi.

The alarming shortage of mental health workers and psychological experts in India, which is one of the most depressed countries in the world right now, reveals how ill-equipped our institutions are at ensuring the wellness of its people.  As a performer, if you decide to back away from a line-up, not only do you lose money, the fear of losing credibility is paramount. Not to mention the problematic ties between artistes and the stigma attached to their mental health. Keep in mind that the tortured artiste trope (re: use your pain) has been relentlessly normalised by pop culture. The pain of trying to find your artistic ground while fighting off a panic attack, or a depressive episode is in itself a terrifying ordeal; safe, non-intimidating spaces and programs built with knowing provisions can be a good start. A good example  is the harm reduction and welfare area found at Magnetic Fields Music Festival in Rajasthan (also set up by Tatva), which is a calming space for performers under duress, and provides people with mental health support, in a taut and hyped up environment. 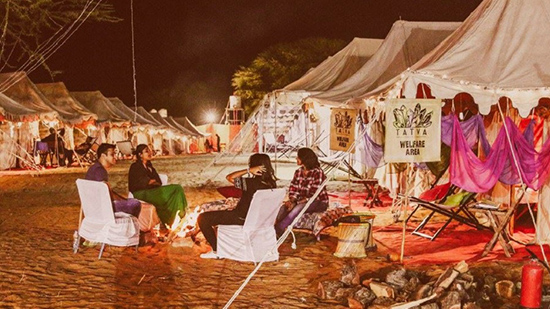 In 2015, Croydon-based dubstep artist Benga announced a premature retirement, and revealed that excessive touring contributed to his schizophrenia. The same year, Alanna McArdle quit Cardiff’s 5-piece noise pop outfit Joanna Gruesome, as she dreaded touring after her suicide attempt. Maybe the problem is the vocabulary, as we put every form of inner chaos, from chronic anxiety to manic depression, under the umbrella of mental health. There are so many vulnerabilities artistes need to keep bottled up, just to put up an accommodating front; this makes it all the more important to create a culture which promotes opening up. “One of the artistes we featured on our podcast revealed that he gets panic attacks whenever he gets on planes, and he is a touring musician! So, it’s like a work hazard,” Calcuttawala tells us.

But at times, our mental upheavals have nothing to do with work or sustenance-related stress. Calcuttawala, for instance, was just a teenager when he started suffering from depression, but did not know until much later what he was going through. “I didn’t know better, I just figured this is how everyone else feels. I carried on, and as a consequence, I did not develop very close friendships until three years ago, when I had a better grasp on what I was going through. I had good friends, but it is only over the last few years that I’ve realised how much more there is to a meaningful friendship,” he reveals. The music producer did seek therapy, which helped him to some extent. But reaching out can be a literal reach, if you don’t have the right people around you; people who know what you are going through and the culture you’re a part of.

We need safe spaces as much as we need people who are willing to contribute towards a collective approach to make artistes feel legitimate and valued. “Everyone from light setters to performers, to gig promoters are part of the industry, so it should be easy to come up with a collective solely curated to look out for creatives; a well-formed community, designed to further the artistes’ agenda and beliefs, and to support people in the circuit, in whatever way necessary. Listening to someone talk about depression three times a year is not exactly helpful. And big banners mostly support hashtags, but do not actively promote wellness or make necessary changes. That’s tokenism,” Kripi tells us.

There is obviously an awareness already, as comprehensive changes seem to be rolling out; and there is a conversation which acknowledges the need for sound mental health.  Moreover, structural changes, even basic ones, are essential, to help out artistes with their livelihood. “If an artist approaches a venue or individual for gigs, for queries, for information, respond promptly and professionally. There is big money in this industry, we can’t act like it is some chota-mota side business. And pay on time. Timely payments help the artists schedule and plan their season,” Gowri tells us. But there is another phase of planning and action involved, focusing on accountability when it comes to artistes’ wellbeing; support for mentally afflicted artistes is in a nascent stage, as the culture is still reeling from how to move beyond the stigma.