When it comes to crafting sounds and working with audio technology in Dhaka, I can no longer look towards the music industry alone. The love for rock music and band culture (a wave that stands out in the recent history of popular music here since the 80s) still remains strong among the urban youth, but bands have increasingly struggled to create an economically sustainable ecosystem for their practice. Much can be said about what has been lacking in terms of infrastructure for musicians to make it in the industry, but the overarching problem perhaps is that there was never a clearly defined and understood music industry to begin with. That is not to say that artists have not been producing and creating music in this region, or that they haven’t been trying to keep up with local demands as they are continually shaped by global trends.

As someone who is invested in facilitating sonic arts and is interested in exploring how communities engage with sound, I want to explore various factors that work together to create scopes for audio engineering in this city. Split into two, the first part of this article will focus on basic questions surrounding training, access to resources and the challenges that audio engineers in Dhaka face.

KNOWLEDGE: Where are audio engineers made in Dhaka?

There are currently no schools, institutes, or vocational programs dedicated to audio engineering and music technology. One cannot confuse the hundreds of music schools that focus on various singing traditions and instruments for the kind of education in audio technology I am referring to. There are no programs to train music producers, recording engineers, mixing or mastering engineers, and audio engineers. Most producers and engineers that cater to the sound needs of the media industry are either trained abroad or self-taught. With increasing access to digital audio workstations that need only a computer and tutorials available online, young aspiring producers can now gain these skills independently. However, this access is limited to a very particular class of urban youth, and this entire field arguably remains unpopular among career options in the mainstream music industry. 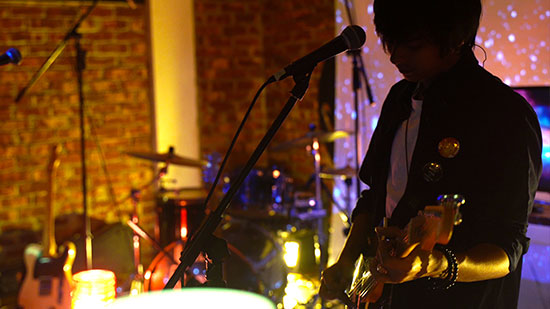 Rakat Zami, a musician himself, has made a name for himself as one of the most coveted audio engineers in the industry, especially in the rock scene. Zami is a perfect example of a self-taught audio engineer who trained himself to better produce his own music, and then went on to keep perfecting the craft. He has gone on to become a successful audio engineer, both for recording and live acts. While Zami’s achievements deserve an article of his own, what is truly commendable is that he is the only music professional in the scene running a training program for audio engineering. Designed to be a classic ‘Audio Engineering 101’, the course is set in his own studio – The Forge. The program is comprised of eight 3-hour classes, 5 of which cover theory and fundamentals. The rest of the classes focus on practical demonstrations and participants get to practise mixing and mastering in the studio. No pre-requisites are required from interested participants, and you need “only bring a notebook and a pen to the class”. Priced at BDT 10,000, this is the only structured program available for any kind of training in audio engineering. Zami explains, “By the end of this program, I want the participants to have fundamental knowledge about hardware components and be able to differentiate between them, be able to record themselves, be moderately skilled at mixing and mastering, and have enough confidence to pursue this forward.”

Zami is now teaching his second batch, and is pleasantly surprised at the demand. His participants are mostly young, barely in their 20s, with some willing to travel from outside of the city and as far as Narayanganj to attend the classes. He has big plans for the kind of resources he wants to create in the future, and he wants to incorporate more elements into the syllabus such as sound and foley design for film. His experience, however, has taught him that he had to build his own studio to accommodate such a program.

Beyond a studio space, one would need experience with numerous live acts and system set-ups to train and practise as a live audio engineer; theory and programs can only set a foundation. When it comes to live acts, set-ups here are dependent on sound system rental companies. Shafayat Faisal Nahid, the audio engineer for Dhaka-based premium event management company Blues Communications, claims to be the only systems engineer in the country. Originally trained as an engineer and previously employed in the telecommunication sector, his passion for sounds lead him to work with various studios and sound rental companies where he gained hands-on experience on the more technological aspects of sound engineering. He says, “Most of the personnel that come with the equipment from the sound companies aren’t originally trained as engineers and are mostly skilled electricians who perform the basic tasks of set-up […] Their skills and most of the systems available in the industry are back-dated and inadequate.” He believes that sound companies lack largely in technical skills, and training in audio engineering is not only required for artists but also the people who work on the back-end with the equipment. To train more people as system engineers, he believes that people working with sound companies need to be extensively trained in technical knowledge such as the physics of sound.

In fact, it was his employment with Blues Communications that enabled him to hone and update his skills. He believes that Blues Communications is the only company in the country that aims to produce events to an international standard, and their repertoire with events like the Bengal Classical Music Festival can vouch for this claim. Blues Communications has not only allowed him to work with larger and more technologically updated systems that can be centrally pre-programmed, but also arranged for various training programs home and abroad to invest in his skills, including a tailored program at Audio Academy Bangalore, so that he can keep up with the changing technological demands of the industry globally. In fact, Zami, who is also employed by the same company as an audio engineer, looks forward to similar training programs and support. However, such opportunities are rare as are the premium private companies who can invest in such technological infrastructure. And Nahid complains that even Blues Communications is at least 3 years behind the current international standard. 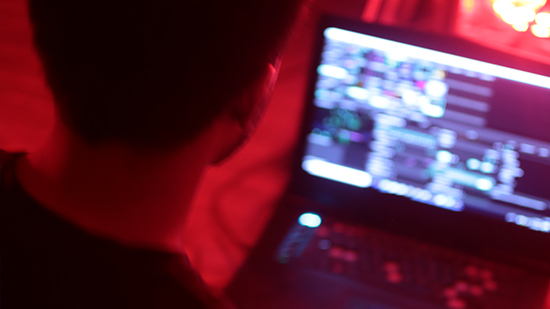 Recording studios operate mostly for professional work in the city and tend to be expensive. There are currently no community studios and labs that a young aspiring engineer can access. Until a few years ago, a small community of mostly urban young male producers called the Dhaka Electronica Scene (DES) worked to organize self-taught producers and sound artists to create an organic scene, and much of their efforts were supported by the cultural institutes of developed countries such as the Goethe-Institut and Edward M Kennedy (EMK) for Public Services and the Arts. The community organized various workshops to train new artists and to enhance the skills of practising and new artists. However, DES lost its momentum over time as a community, and the last program to be organized by a collective of artists was the Workshop on Understanding Digital Music Composition in 2017. Shoummo Saha and Sajib Azad facilitated this 3 month-long program in partnership with the EMK Center’s Maker Lab, an equipped workspace that even has an audio-visual studio to offer and is available free of cost to the members. The program itself was free to attend and in spite of a few drop-outs, it resulted in a batch of newcomers from various backgrounds integrating into the local scene of electronic music practitioners.

Ahsan Rajib Ananda, for example, is a teacher of western classical guitar at the Alliance Francais de Dhaka, participating in this program allowed him to explore digital audio production along with a whole other style and practice of sounds that he had been interested in. Taraga is one of his many projects, it explores ambient soundscapes and is based entirely off a guitar and a computer. Adittya Arzu was one of the younger participants, he was preparing for his final high school exams at the time, and is now already working as an audio engineer for new record label Tugboat and its sister concern and venue, 3rd Space. Saha, one of the older members of DES and an accomplished sound artist and audio engineer, discovered this small batch of new producers through the program. He actively mentors and engages with them in various smaller, independent projects and experimentations, going beyond audio engineering and exploring generative digital art, programming, and installations. But when asked why he does not go back to the MakerLab to organize more of these workshops, he seems uncertain about how accessible the space really is, with its security-checks and the back-and-forth that come in partnerships with foreign diplomacy. He wants to build community-run, independent spaces, where artists have a bigger stake and investment in the space and community.

Similarly, the Goethe-Institut’s interest in promoting electronic music scenes in South Asia has generated various stand-alone projects and programs in Dhaka. Even after its long-term relationship with DES faded out as the community stopped organizing, the Institut ran various workshops on audio engineering and production. Some were invite only and some were open to applications. One workshop was the 2-week long program, ‘Practising Professional Sound’, facilitated by Gabriel Grote in 2018 that Ananda was a part of. The program announced an open call and the Goethe-Institut also reached out to its own list of people who have been working in the industry as producers and engineers of various labels, acts, and studios for participation.

However, as helpful as these initiatives by cultural institutes are in developing technical skills for a few people who are already practising or artistically inclined in this direction, they don’t or are unable to offer anything substantial towards larger mobilization for a more sustainable growth of sound practitioners in Dhaka or Bangladesh. The venues and programs largely remain exclusive and feel limited in scope, and these projects seem to be outward-looking in the aspirations they generate. While Goethe-Institut’s instructors and goals appear to be predominantly aligned with German culture, history and resources, I find that they aren’t always aligned with local contexts and reality. These initiatives often fail to be accessible or to build towards an organic community of not just producers but also enthusiasts and listeners that can perform, enjoy and practise these skills in local settings: a larger, organic community.

So, where do audio engineers go for work once they’ve attained their skills? Where do their skills apply, and how do they monetise their art? More importantly, for those who practise, is there sufficient patronage or an audience that understands their work? I focus on these questions in the second part of this article…