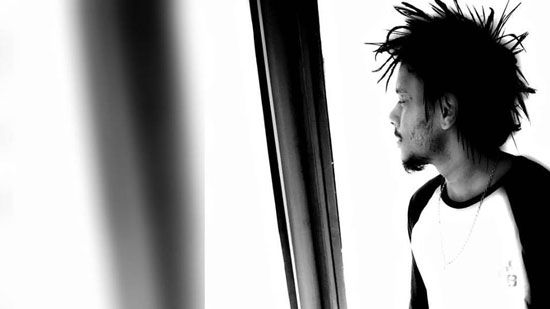 Ramakrishna Puram, located in South West Delhi, was my home away from home for over 10 years. Every day, I would spend the majority of my time on the sprawling campus that housed one of Delhi’s best schools before exploring the small alleys that connected the posh residential colonies occupied by defence and government officials. The area is representative of an archetypal upper middle-class neighbourhood; popular local markets with mid to high range restaurants, a PVR Cineplex and of course, a Starbucks.

The only ‘blemish’ in the area was a government school that separated our campus from the slums. We were repeatedly told to avoid ‘that’ area and it was common to hear teachers offering disparaging quips about the kids who peered over the wall – watching us play football on our plush green field. ‘That’ area, still frowned upon by the general public, is called Mohammadpur.

This where Sun J aka Sanjay Sharma, one of India’s most promising new MCs, grew up.

Born to a family with extremely modest means, Sharma had no musical exposure. His father continues to work as a priest at a small temple in Mohammadpur. Life outside his home wasn’t much easier – Sharma found it hard to apply himself at school and was a constant target for local bullies. “I was a loner,” he says. “I wasn’t too bright at school work and nothing about that life appealed to me.”

Sharma dropped out of school in 8th grade – preferring to spend his free time playing sports, listening to music and sketching. Like most kids at the time, Sharma’s first encounter with rap was through Eminem. ‘Shake That’, the Detroit MCs second single off his compilation ‘Curtain Call’, inspired him to explore hip-hop culture. “He was huge for me,” says Sharma. “Eminem and movies such as ‘You Got Served’ and ‘Stomp The Yard’ pushed me towards hip-hop and inspired [me] to start writing and b-boying.” 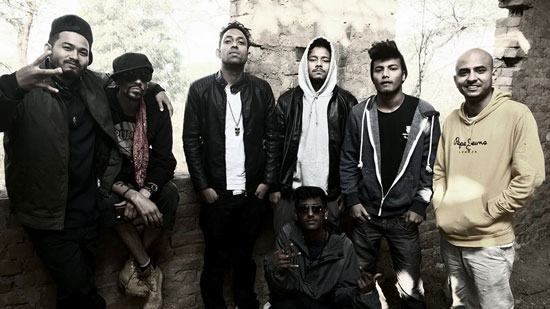 By 2009, Sharma was actively pursuing b-boying – forming a crew (called Agnastik) with his Khatarnaak Hip-Hop Collective colleague Ashu and attending jams across the city. Agnastik provided a stimulating environment for kids looking to translate their love for hip-hop into something tangible, and it’s been the starting point for some of the city’s best MCs – including Prabh Deep.

After Agnastik’s demise, Sharma and fellow Delhi-based MCs Shan Krozy and Crost Out co-founded the Khatarnaak Hip-Hop Collective in 2016. The collective has provided Sun J with the sense of belonging that evaded him during his early years. Currently, the collective contains 12 members – each specializing in a different element of hip-hop.

On January 11 2017, Sharma released his debut single ‘Kameena Mode On’. The self-produced track showcases his evolution as an artist – a process that until recently he kept hidden from the majority of the city’s hip-hop community. On the release Sharma exudes confidence – a far cry from the unsure, quiet figure that he claims to be. His voice, a unique fixture in the country’s hip-hop community, cuts through the mix to deliver a mission statement that’s meant to (and often has) scare his opponents into submission. ‘Kameena Mode On’ put Sun J on the map with many earmarking him as the next big hip-hop artist in the country.

“Provided that he gets the support and direction needed to step his game up – not only from a production perspective but also taking into account marketing and management – he (along with the Khatarnaak crew) has an incredible chance of being one of the top MCs in the country for a long time to come,” says Mo Joshi, the Indian head of Diplomats of Sound, a Bristol-based booking agency. “His distinct flow, tone and delivery is really refreshing in what can often be a very monotonous style in the Delhi hip-hop scene.”

A little over a year ago, homegrown hip-hop existed predominantly outside the sphere of the Indian independent music industry. The release of Divine and Naezy’s seminal single ‘Mere Gully Mein’ prompted the industry to sit up and take notice.

Since then, homegrown hip-hop has become the Indian independent music’s ace in the hole – providing an opportunity for the scene to crossover into the mainstream and connect with a larger audience without losing its edge. The hype that’s been generated has prompted MCs that had vanished off the face of the earth to return – fighting for attention alongside kids who are seeking to emulate Divine and Naezy’s success.

Amidst all this chaos, Sharma, along with the Khatarnaak Hip-Hop Collective, has quietly been building a foundation that’ll see him reach to the very top. With an EP in the pipeline, all eyes are on Sun J to see whether he can deliver on his promise.