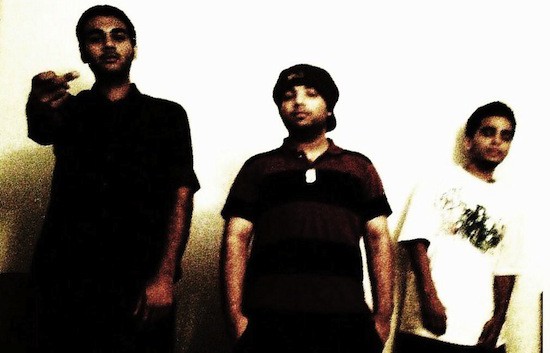 Pakistan has always been home to a musical tradition that’s rich and artists that are proficient enough to rival any on the sub-continent; but underground hip-hop isn’t exactly the genre you’d count amongst the nation’s most inspiring exports. Yet here and there we find gems polished in the unlikeliest of lapidaries, and the Darkside, a trio of Pakistani origin with a tragic story between them, are as talented as many of the older or more experienced near-professional counterparts you’d care to recall from the coasts of America.

Despite what the commercial audience in and around Pakistan wants to hear, the Darkside won’t numb their words in favour of love and understanding, when they’re gritty and angry themselves. Their lyrics are born out of a desire to tell it like it is. Fresh out of their teens, writer/producer Asjad Ali ‘Ay-Jay’ Kazi (21), with brothers Taha ‘Trax’ Raza (20) and Hamza ‘Haze’ Raza (18) channeled a feeling that comes from being forced unto the world, its streets and its anguish so convincingly that one may wonder how this country mucked in blood and strife hasn’t dabbled more in this artistic outlet for its human rage. 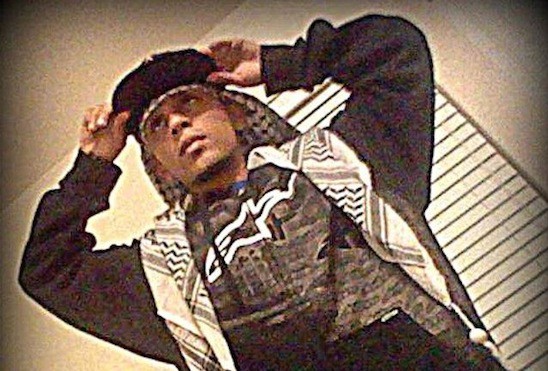 Hip-hop and rap have, at best, languished around the fringes of South Asia’s sound: which is surprising considering the amount of Pakistan’s urban, educated population that either lives abroad or has ties there, as with these ties come the inevitable influences. Hatred, racial discontent and problems solved by way of the gun are rituals our northwestern brethren know as intimately as the black citizens of the United States, so it seems but natural when Ay-Jay drops something like this:

If I could get a dollar for every skeleton in my closet, I won’t need to jack motherfuckers with a pistol for their wallets/

Call it what you wanna call it, assassination, record it, half of my nation demolished, fabrication of the honest/

Told you lies and you just bought, stupid niggas, lootin’ and pollutin’ my nation/

Man they rob it, like an extremist I bomb it/

My pride bleeds, and I spit only venomous when I vomit.

The form is classic old-school, the production and delivery are impeccable for the most. Yet, what sets the Darkside apart from the thousands of crews in the western hemisphere is the content – candid yet brutal all at once.

“To be very blunt and honest, Pakistan generally does not have any talent as far as hip-hop or rap is concerned. “Ay-Jay tells me over Skype from Canada, dispelling any notions of a burgeoning Karachi underground scene. “Dem Rebelz (Haze and Trax) and I had similar mindsets and similar talents that made us set the bar very high. In order to give Karachi a dose of raw, uncut and intellectual lyricism, we starting emceeing as the Darkside.” 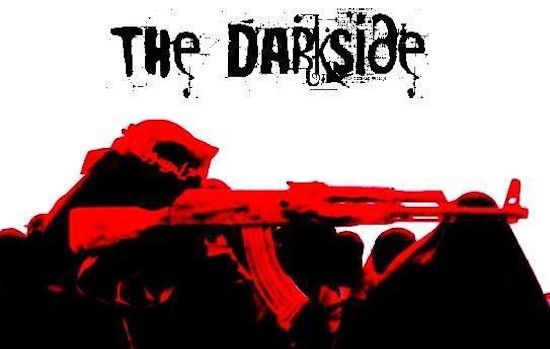 Ay-Jay’s political views are off the grid. He laments Pakistan’s xenocratic victimization, and he would discard a democracy in favour of anarchy via revolution. “We’ve always spoken out against injustice and how millions of our fellow countrymen all over the world suffer only because of ignorance,” he takes the time to type carefully, thinking. “I believe that politics have now become so irrelevant to current events that the word’s definition ought actually be changed in the dictionary.”

Their youngest member, Haze, was perhaps their most outright impressive; Ay-Jay remembers him a boy wonder. He was shot to death in Houston, Texas, last year, an irreparable blow. “It’s true that after his death we did get more attention. But what good is that when our brother isn’t here? In fact, I think his music should be heard even more, he was way beyond so many artists that are just famous ’cause they get exposure.”

As one would expect, the death wasn’t without controversy.

“The news wanted to make it look like some kind of drug deal, because a black guy was involved and Haze was Pakistani. But we knew it wasn’t true. Guns are today’s modern devils. If there was no gun present when this altercation went down, Haze would still be among us.” He pauses, then says, “he was a fighter.” 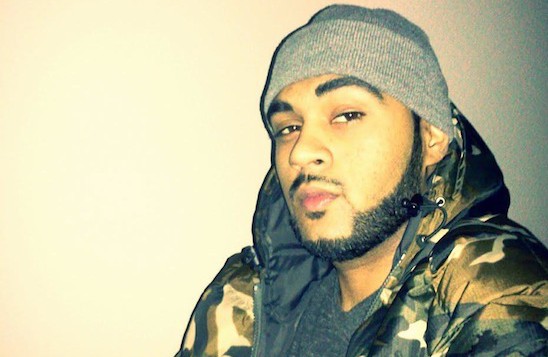 Ay-Jay has been in Canada for a year now, and I ask if this conflicts with his ideologies. “I try not to be a slave to consumerism and the corporate market. But I’m not anti- the western way of life or the people here or anything, I’m against racism, discrimination and acts of hate.” Their music has been received well in countries outside their own. I ask him what it is in their music that the locals find hard to digest.

“We fight for peace but we get caught amidst the filth (because) there’s no such thing as a peaceful resolution to our collective dilemma. This is why our lyrical themes (on debut the Medicine) range from freedom and truth to justice and retaliation: retaliation against the society, the government, the violence. We mean to raise awareness; it’s not something to be glorified. Everyone in Pakistan wants to find fame the easy way, and our music isn’t that average walk in the park.°

“That’s because,” he adds, “life is too short to not have a righteous purpose. This is controversial, sure, and that’s the price you pay for speaking your mind.”

Ay-Jay is looking to include a few Darkside tracks on his next release, including some that feature Haze. He also plans to work with Trax, yet the Darkside machinery seems to have slowed considerably since the death. “The day Hamza passed away, I knew that nobody could replace him,” he says simply. Eventually he hopes to start an independent record label in Canada. This means that he doesn’t see any future for his music back home. “Pakistan’s music industry has to go a long way before it starts to adapt to something new, or even accept it.  I know that Haze and Taha personally wanted to put Pakistan on the map ever since we started this, though, and I pretty much had the same ideology then.”

Ay-Jay doesn’t plan on returning soon, and calls the conditions and situation in Pakistan ‘pitiful’.

“I just hope everybody is safe out there,” he tells me.

Listen to a favourite Darkside track built around the infectious rhyming and heart-wrenching poetry of Hamza Raza, whose unfaltering flow is extraordinary for his age. The video, mostly a bare choppy-quality clip of the late Haze himself, settles in the listener’s gut far stronger than anything slick and artificial could possibly have :

One response to “The Darkside”