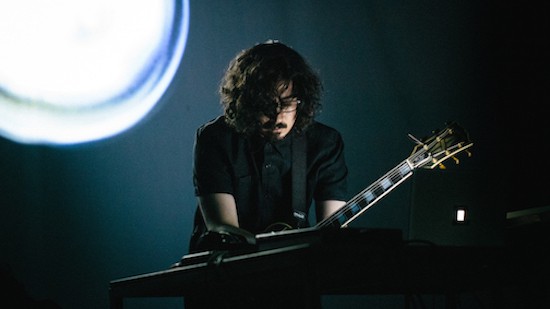 This however hasn’t stopped live events. Aside from independent concerts, Tehran Annual Digital Arts Exhibition (TADAEX) has hosted several events over the last couple of years. Most recently, SET Experimental Art Events had their debut showcase in June 2015 hosting an audiovisual festival. The festival featured a total of 8 acts over 4 days, with each act performing their set twice to accommodate audience demands. It was set in Entezami Museum’s cinema, which was capable of entertaining around 80 people per show. Judging by ticket sales, the festival was a huge success, with more than half its shows selling out. 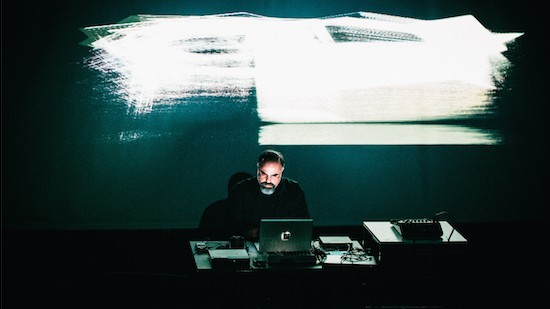 The festival, by and large, had to be organised by the musicians themselves. For example – two out of three members of the festival committee also performed at the festival, while the third is a visual artist who created the backdrop for two of the shows. However, no corners were cut in the production – from custom designed tickets, beautiful round posters adorning the walls of cafés around Tehran, unique visual shows for each show, to of course the music; everything was tailor made for the festival. An impressive task well executed by a dedicated handful of artists.

Umchunga and Amir B & Ash 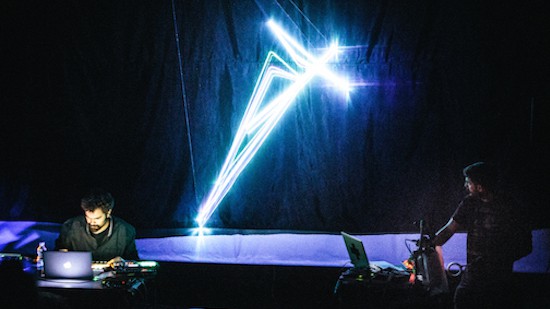 The acts were accompanied by either special visuals or light design. While this generally worked out well (especially with Arash Akbari’s live programmed visuals for Ata Ebtekars show; Nyla’s VJing for Temp Illusions performance and Amir B and Ash’s light bulb design for Umchunga’s set) the visuals could have been spared for some shows. Take Siavash Amini’s set, which would have had a much stronger impact had it not been accompanied by visuals, but set in near-darkness. 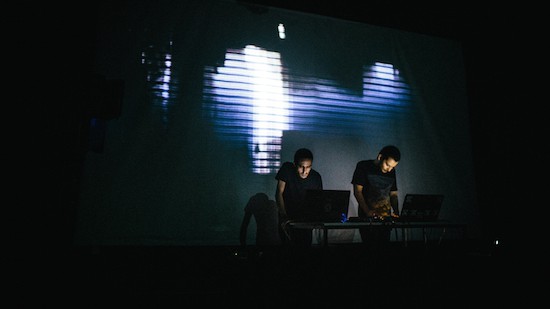 At certain points the artists’ lack of live-experience and the non-existent sound technician came to a head with unconvincing engineering at a few shows; most of the artists struggled to engage with the audience. That being said, the audio quality wasn’t a problem during the plus part of the shows, where the sound was managed nicely. All in all the festival had a more or less smooth birth, with only a few bumps along the way, the largest being Arash Akbari’s performance which was cancelled at the last minute due to technical problems. But none the less the festival succeeded in showcasing an impressive array of musical and visual talent, and it will be very exciting to see what direction SET Experimental Art Events will take in the future. 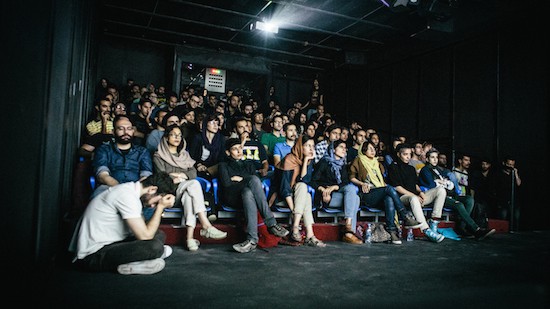 This article was written by Malthe Ivarsson, a Danish based music photographer. After traveling to Iran and meeting several musicians (first via mail and SoundCloud, then befriended them when visiting), he initiated Minor Music, a multimedia project about Iranian experimental electronic music. Minor Music aims to give people an introduction into the scene and the world around it, via images (mainly moving, but also still), sound and text. Everything the project puts out will is freely available on www.minormusic.org

You can listen to some of the sets recorded at the festival here: https://soundcloud.com/set-fest

All photos by Minor Music