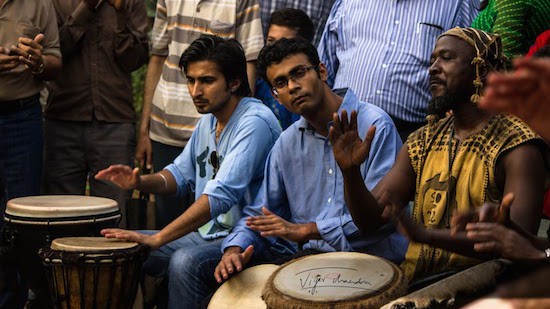 The Rose hotel on a Saturday evening in Hauz Khas used to be one of my favourite Delhi nights. An intimate affair with a regular Congolese group that felt like they were jamming in your living room. The music was raw and the atmosphere a refreshing change for Delhi – few places would be so inviting having many different shades socializing under one roof.

One of the prime instigators of these nights was the Rose co-owner Francois Servant who has long been trying to integrate African roots into the local Delhi scene. He told me the reason the Rose worked was because it was hidden and the crowd was more open-minded. He’s trying to replicate a similar style with his other spot Rum Bar with specific nights attracting a mixed group of Congolese and Delhites; but being a prime location has unsurprisingly made the venue and these nights more susceptible to trouble from the police. 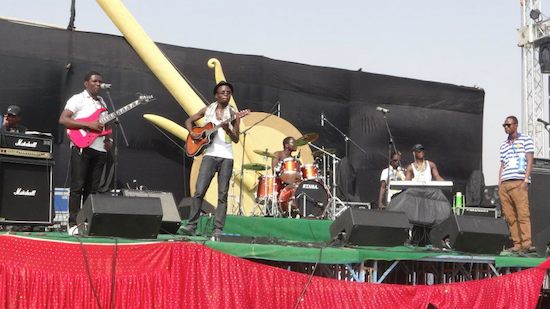 No question, part of the reason for this trouble is down to race. The common negative stereotypes towards Africans heavily exist in the city, not to mention even more engrained in the anarchic police force. And naturally this puts a barrier in the integration between ethnic groups, knowing that any fun being had will be broken up no matter how innocent. Therefore the African parties that happen in Khirki – the cities largest concentration of Africans – mostly end up staying there.

Though soft signs of hope exist. One of the largest African communities within the student cultures at JNU  and the IT institutes are Congolese, and a few years back the 10 strong Congolese band ‘Chalo Africa’won the prime music student award, beating competition from local acts. On a smaller level the Delhi Drum Circle (top picture) had a Senegalese djembe-maker, Brahim, who became part of their community. Through his instrument he gained a following and due to the high demand, made a business out of making and selling djembes.

The larger players are also making gradual efforts to promote African sounds. The South African embassy, active in having supported festivals with alternative lifestyle platform, OML, having brought over global stars that include legendary Nigerian Afrobeat star Fela Kuti’s son Seun Kuti and Angolan Kuduro group Buraka Som Sistema And on the radio, the Congolese embassy is supporting a new African show on Radio 79 hosted by local musician Jayu who is one of the few that has a following across both the Indian and African communities. 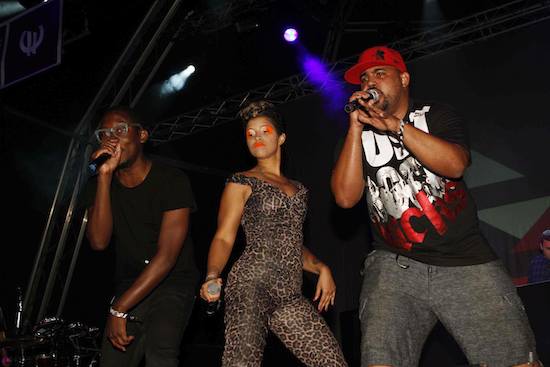 This is a start. And who knows what the next step forward will be, bands with Indian and African musicians as one? Though if after centuries we still struggle to accept the colour of our own people, how long will it take before we accept that of others? Perhaps resonating through sound could be one way to touch people; hopefully enough where it can take precedence and people stop looking at what shade of darkness the drummer’s skin is in order to approve.