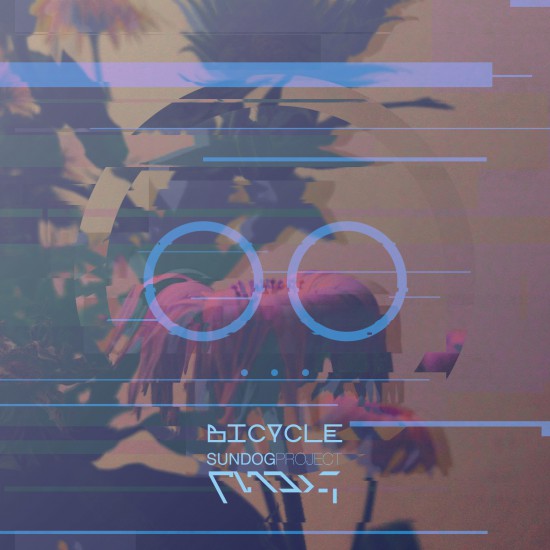 There are few acts around town with a sound as nuanced, textured and rich as that of Sundog Project. Their track ‘Bicycle’ released today (Wednesday, 10th September) after much teasing on social media platforms. The foremost thing one notices about the track is its dark, ethereal and ambient quality.  Most of SP’s releases both depict and convey a somber and contemplative mood, as though one’s feet were buried in cold water. Building on that idea of sensory withdrawal, Rahul Das’ compositions circle around existential themes – broadly speaking. The band consists of Anupam Roy (bass/production), Shardul Mehta (drums), Rahul Sainani (guitars) Rahul Das (guitars/vocals/arrangements) and Viraj Mohan (more fuckin’ guitars).

‘Bicycle’ invokes a sense of captivity; one may even say it is poly-vocal in its attempt to convey the mood that it does – not merely dark and sombre, but also underscored by a sense of openness and happiness, though one doesn’t know if it is intended ironically. In Rahul Das’ words the track is about “Isolation, desperation, promise, volatility, naive hope and the manic movement of youth that never really ends in one’s lifetime”, he goes on further to add that it could be seen as “that old mental Kodak photograph of your discarded teenage bicycle”, and that “it adds a metaphorical layer to it, insofar as this idea of an unstable, haunted and sleepless youth is concerned”.

The track’s throbbing, industrial quality is rich in its composition. It opens with a sense of grimness which is followed by glitchy sounds; they enter, but with quiet footsteps, subtly giving us a sense of an increasingly overwhelming space and emptiness as the song ends. The lyrics “We’re ghosts/cracked at our seams/ riding the streets clean/atomic bombs/ camouflaged as dreams” give us an image of that very sense of absurdity and ‘volatility’ that Rahul Das talks about in a lot of his songs.

To contextualize a bit with reference to SP’s previous release, ‘Peoaxi’ is pregnant with a sense of rootlessness, timelessness, the idea of non-linearity, turning time into a spittoon, or the converse. Rahul Das tells us that these songs, ‘Peoaxi’ in particular, are built around the idea of ‘consciousness’, albeit one may get a better sense of it in the context of their other tracks. Bicycle is that other track, especially. The sense of non-linearity is thrown at the listeners by the singer’s sense of naïve youthfulness (or youthful naivety perhaps?).

Anupam Roy adds that “For me, at least, SP songs are a deep longing, of things that can be but never are, of that space that exists in our dreams, teasing us but rarely ever forming. That it is ultimately a world that can be, ought to be, and probably is. But never quite, always falling a little short; to be honest, I have little clue about what his songs are really about, which is why mostly his and my interpretations vary. It is also, I think, what I bring to the table as co-producer, annoying friend and band member all rolled into one. Sometimes it works (like THEHEX/tauro) sometimes it fails (like face: we have to revert to his demo mix because I just couldn’t get the vibe right). Anyway, Bicycle is hooky, and it sticks. Fragments come into place in the second act, while they meander meaninglessly in the first. However, the first act is a chaotic foreshadowing, much like life”.