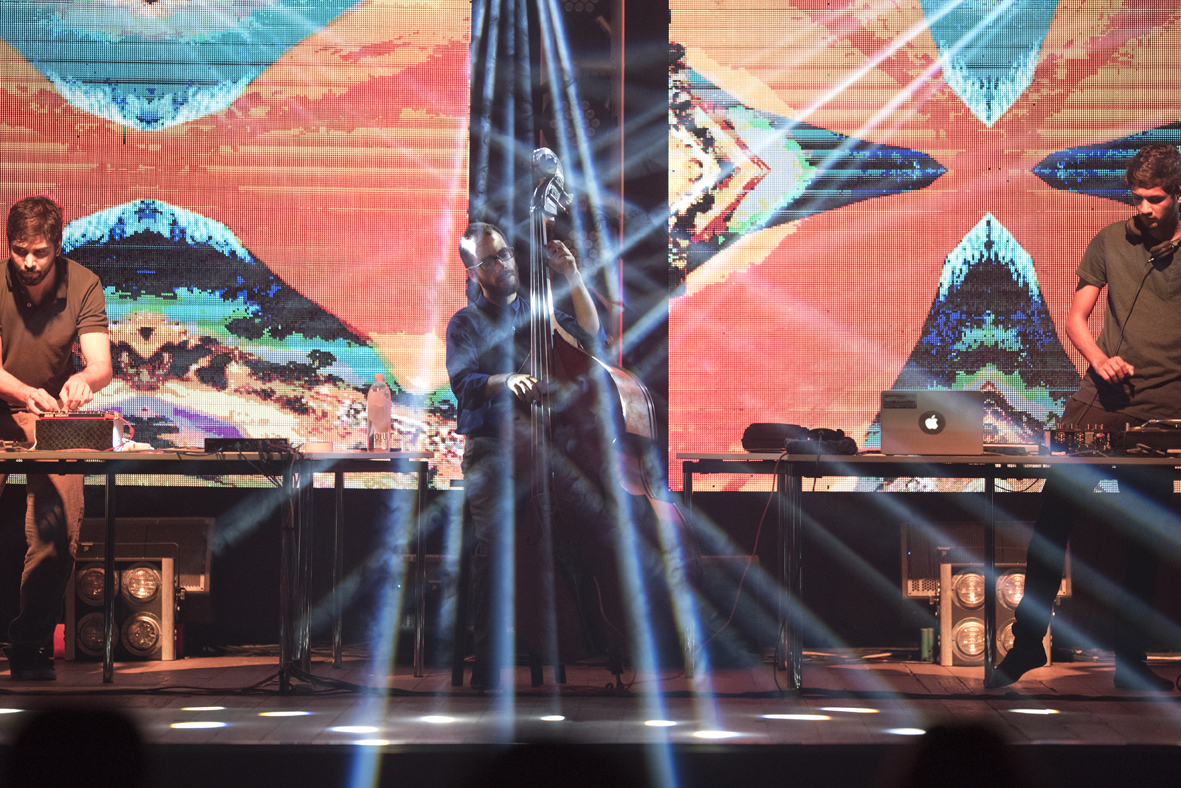 Showcasing the development of the music community in the sub-continental country, Asvajit wrote over email that everyone involved “wanted to expose people to the concept of electronic music as an artistic/musical performance.” The idea was pitched initially as a “means of containing the work of the recently terminated ‘Pettah Interchange’ [an annual celebration of alternative music and art],” Asvajit wanted to show people in Sri Lanka that electronic music doesn’t necessarily have to comprise of just a DJ set. Lalindra reiterated this claim by expressing that “Sub_Sequence is the result of a passionate group [of] music producers and visual artists wanting to collaborate and create a show of original content.”

Curated by Asvajit, the artists were chosen for their respective skills; ones he gushed over: “Lalindra is perhaps the only person in Sri Lanka who, on a technical level, can deliver a visual set-up like this. Isaac Smith is an accomplished double bass player with an interest in electronic music (a combination not easy to come by over here). Dinelka Liyenage is one of the few electronic musicians in Sri Lanka working on atmospheric and experimental sounds and Nigel Perera (who works with me running Jambutek) is in my opinion, one of the most talented young producers in the country,” he explained.

For the night to come together seamlessly, there were a lot of people working together. Jambutek Recordings, the record label founded by Asvajit, collaborated with Cyber Illusions, Lalindra’s company. “The music was curated by Asvajit with everyone’s input,” Lalindra explained. “I was responsible for the visual design of the show and real-time content.”

In preparation for Sub_Sequence, the artists took every detail of the event seriously. Each element, however small and minute, was thought through from a visual perspective. Using Touch Designer and an APC40 midi controller, Lalindra had “4 screens and lighting fixtures as a visual pattern sequencer where generative and video content were displayed in sync with the music.”

Asvajit further elaborated by saying, “In Sri Lanka, you have to be very hands-on to get things done even close to professionally, this is something we have placed great emphasis on for all the years of Pettah Interchange and indeed all our events.”

The first of its kind in Sri Lanka, the night started off with a few live songs, compositions that the artists (Asvajit, Dinelka, Nigel and Isaac) wrote together specifically for the performance. The rest of night featured live interpretations of Asvajit’s work, songs that he’s written over the past couple of years. Accompanied by “Isaac on double bass, Nigel on the turntables and Dinelka with his ambient texture work, content for the visual aspect was created by Muvindu Binoy and Lalindra,” Asvajit explained. Despite the approach to the show being experimental, it was a finished product. Planned entirely from start to finish without a detail overlooked, the show was made more dynamic due to its live component.

The first of its kind in Sri Lanka, the night was a success. A learning process for everyone involved, Lalindra mentioned how “the positivity we got from the audience assures us that this is something worth continuing with.” A sentiment Muvindu Binoy agreed with, “I personally believe a still pond of a genuine crowd is stronger than a trending torrent of posers. Pushing creative boundaries with every show is the best to get more people engaging with the show.”

“When people think of electronic music for the most part,” Asvajit echoed, “they associate the culture with DJs. As a result, quite a few (particularly older) people were a little baffled as to why these four guys were standing around turning knobs and pushing buttons.” But this doesn’t deter the artists from where Sub_Sequence can go now. “There’s a space [for events like this],” Dinelka acknowledged. “But [a] lot [of] people struggle in this bubble. They never try to go through making something related to art.” 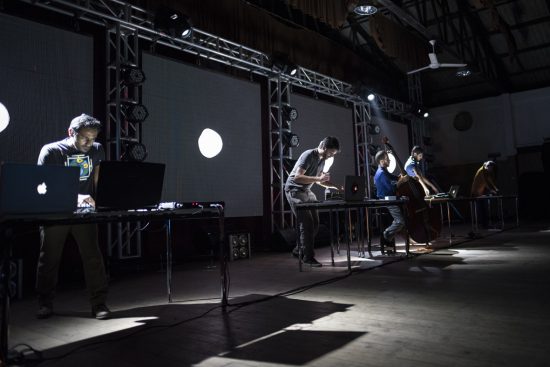 Where Sub_Sequence goes from here is as much up to the artists as it is the audience. But the 5 people “turning knobs and pushing buttons” are enthusiastic across the board. Muvindu, who presented a series of moving collages and video art with Lalindra, stated that as Sri Lanka never truly gets to experience shows like Sub_Sequence, it was a rare opportunity for like-minded people to gather together to watch a rare live performance. “Not many people are culturally open to experience such shows. But I definitely believe there’s a positive space in the South Asian grounds to experiment,” he surmised.

“The best way to develop is to focus and put out shows like Sub_Sequence,” Lalindra re-iterated. “Through the collaborative performance, we can experiment, learn and elevate ourselves as artists.” But it was Asvajit who summed up the future of Sub_Sequence eloquently by discussing why it was started in the first place: “The party scene has really taken off here, albeit in a direction that I am not really inspired by, but in terms of electronic music live performance there is not much going on here. A lot of raves and all night parties but always centered around DJing and rather frenetic music. [Sub_Sequqnece] shows people that electronic music doesn’t have to mean a DJ set.”