Steppin up the game 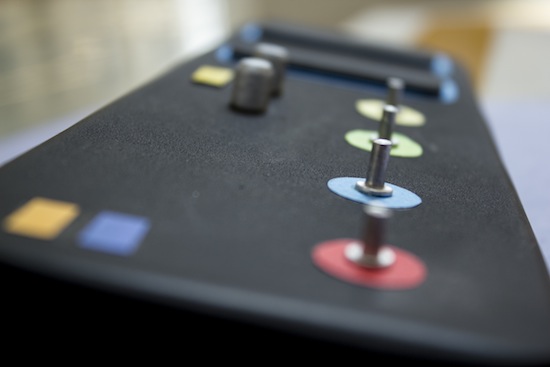 Angad Bharaj gives us a sneak peak of his baby – the Steppuh – an assignable MIDI foot-switch, currently in its prototype phase, and the only indigenous controller in the pipes at the moment.
All you laptop aided live-electronica types like myself know the feeling of wanting to map/learn parameters in the box to every possible movable object around you, including your dog or cat.

Angad Bharaj (Castles in the Sky) and student at MIT Institute of Design in Pune, has been working on a nifty little MIDI controller – for your feet! With a simple plug-n-play MIDI over USB approach, the Steppuh plans on using LED’s for visual feedback. [BM: super useful unless you’re playing under the Indian afternoon sun.]

Sitting in a space that the average guitarist is well used to, the Steppuh’s got 4 stomp switches, 2 expression pads, modifiable light intensity, and is bus powered.
Bharaj noticed a gaping hole in the realm of MIDI controllers and decided to design a controller to give you hands-free accessibility, but one which still maintained engaging visual feedback – think a variety of colours of varying intensity and the potential to have them pulsing in tempo-sync with your track. 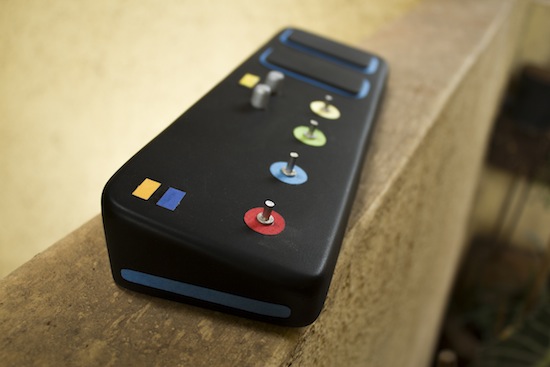 Ideal for live-looping for those of you keeping all of the input coming from your laptops. Not to mention how convenient it would be for instrumentalists with both hands on their keys/saxophone/guitar/(etc.) to switch patches and fx between tracks.

With an incredibly clean and simple design, and promise to see this through to the manufacture phase, we’re already excited about the Steppuh 2.0! Although Bharaj’s been working on the design for the prototype for a while now, it’s still likely to see a fair few changes before it finally gets there.

So if you, like me, can’t count the number of times you’ve wished you had more hands to handle more faders at a gig, get in line!