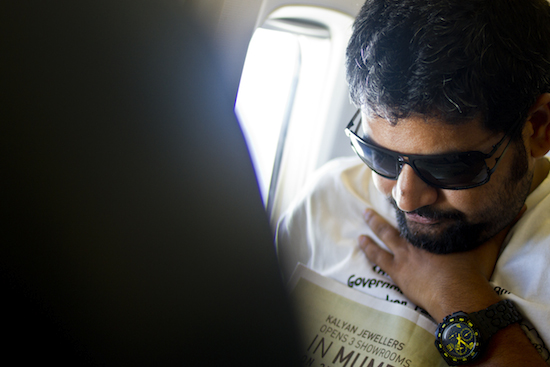 For Naveen Deshpande, head honcho of Mixtape, the journey really began in the early noughties when he played drums for Pune death metal outfit, Black Hole Theory in his teens. Back then Indian bands were no strangers to the lure of metal and its sub-genres, a trend that can be seen even in today’s ever-growing multi genre contemporary music scenario.

Deshpande, all of 17, took on a job at the popular music store Planet M, as a radio jockey manning the store playlists, dedicating a couple of hours to local music daily. Familiar with bands such as Sceptre, Metakix, Pentagram and Zero, all stalwarts in their own right, their music found a place in his store playlists, often curated to represent local music. This fascination soon evolved into an urge for managing bands and eventually putting together his own shows with local promoters and venues, under the name Noize Gate. A couple of leaps of faith, unrelenting commitment to his work and a constant hunger to do something new is what eventually led Deshpande to start Mixtape back in 2010. While in the initial days Mixtape functioned purely as an artist management company, they’ve now branched out to production, bookings and touring – all of it made possible, with a seamless five member team.

It was a chance meeting with Rohit ‘P-Man’ Pereira and Vijay Nair, that Deshpande clearly states as the turning point towards his career in this industry. Pereira,(then bassist of influential metal act Pin Drop Violence) played a show in Pune club Zaha organized by Deshpande , they both instantly hit it off and retain a friendship that stands strong today. Nair, was managing bands such as Acquired Funk Syndrome and Zero, while also running what was a nascent version of today’s Only Much Louder (OML), and invited Deshpande to work with him. By this time, around 2006-07, Deshpande had begun helping DNA Networks (of the first Iron Maiden India tour fame) put together shows in Pune. He packed his bags one Friday, received some apprehension and support from home, and was in Mumbai working with Nair at OML. During his stint at OML (and given his track record for diligence) Deshpande got to manage and tour with bands such as The Raghu Dixit Project, Superfuzz and Shaa’ir + Func, work on the iconic Independence Rock, and help out at their indie-lable venture Counter Culture Records. Within a short span of time, Deshpande knew at some point he had to take the plunge.

Word of his efficiency travelled and he was offered a job at KWAN, a popular talent management agency specialising in Bollywood; the other end of the independent music spectrum. A night before the job, he turned down the offer and joined forces with Sohail Arora (of Bay Beat Collective and KRUNK fame) to collaborate and develop artist management and event properties. In his own words, “that was also where I discovered what drum n’ bass was,” and began moving into more soundscapes and varied aspects of the mushrooming music scene. While their venture was mostly informal, both individuals, Arora and Deshpande, went their own way which led to the birth of Mixtape. Here, he signed on bands he was already familiar with: Shaa’ir + Func, Scribe, Whirling Kalapas and eventually Indus Creed, who were looking to make a comeback. Speaking of signing on with a young gun like Deshpande, Uday Benegal, frontman of Indus Creed says, “When I met Naveen he seemed very clued into the whole operation and was free of any bullshit—it was all about how to make this relationship work so that all of us benefited from it.”

Back then, Deshpande found support in Sainath Bhagwat, friend and business partner, and between the two of them all business and mischief was managed. He also managed to procure a booking for Anushka Manchanda (of VIVA fame, and Shkabang) in, oddly enough, Uganda, which really gave a boost to his confidence by his own admission. As of today, Mixtape continues to exclusively manage all of the bands mentioned,(except Shaa’ir + Func) with additions including Donn Bhat + Passenger Revelator and Sky Rabbit amongst others. Non-exclusively, the firm also books over two dozen artists including the illustrious  Shafqat Amanat Ali, Blackstratblues, Junkyard Groove and Lucky Ali. Over time, Mixtape grew with Zarwan Elavia and Anu Anna George joining the team. Talking of joining forces, his colleague George explained, “(Deshpande) set a standard for how independent artists needed to be treated. I joined Mixtape when the ‘scene’ was turning, or had just turned into a tiny industry. I figured he’d be a great person to join efforts with to make shit happen because he was honest about what he was trying to do.”

Given his keen interest in light engineering, Deshpande also signed on for a certification course with Avolites in 2012; a decision that paid off, and helped him make more money to keep the firm going, earning him a spot as one of the more coveted lighting engineers in the country. Year after year Mixtape has branched out further, dipping their fingers in more pies, running the ground production for music festivals such as Sulafest and Eden Festival in Mumbai, handling artist liaison for Magnetic Fields, India Bike Week and South Asian Bands Festival, and also put together India tours (with stopovers in parts of Asia) for international bands. Keeping with Deshpande’s ideology of working with newer artists, newer promoters and constantly evolving with the times – Mixtape has become an extremely reputable company, but more importantly, they are known as a team who always deliver. Developing new properties, collaborating with younger artists and building relationships that matter, are their strong point. This can be seen in new signings over the last year, including Ox7gen (DJ sets and Live), ViceVersa, lighting solutions for UnMute Agency’s RESET festival, or a music showcase for the President of India, two years in a row.

As they head into their fifth year, Mixtape is currently working on a variety of interesting projects. Whether it be a cultural festival with the government in Rajasthan, a new venture titled Ground Kontrolle under which they hope to train and eventually create a formidable team of light engineers, or their own music festival in the foreseeable future; trust Mixtape to be pushing boundaries, and ideating simply yet effectively. A lot of the credit to this must go to Deshpande, as echoed by George when she says, “we’re a really close knit team. Everyone’s got each other’s back. He (Deshpande) respects our opinions, and we have a really good time working and traveling together. I owe it to him to be able to create this sort of an atmosphere.” While the contemporary music industry in India is growing rapidly, companies such as Mixtape are what keep the wheels rolling and proving time and again that you don’t need big teams to make an impact, just the right kind of teams.