Sounds of a wandering soul…

“If the cosmos is nothing but a symphony of sounds and vibrations, then my role as a musician in this universe is to synchronously resonate and be a part of its collective existence. Perhaps, I could describe my musical identity as the inner voice of a wandering soul,” said Karachi-based producer Daniel Arthur Panjwaneey. Although discovering a multitude of sonic portals within sustained experimental structures led him to being the artiste he is today, his earnest exploration with his own sonic-scape lent him his current individuality.

With glints of glacial ambience, his experimental solo act Alien Panda Jury’s sound is an engaging recollection of timeless moments interspersed in infinite melodic echoes. Sometimes there’s an underlying groove amidst textures drenched in catharsis and then there are moments when immersive tones silence the brooding storm. And, as the sounds gently sway from anguish to joy, brutality to kindness and aggression to peace, he finds his symmetry. Perhaps, that could be the reason why music is intertwined with his existence and why he seeks clarity within the profundity and depth of sound.

Although Karachi may have influenced his soundscape with respect to fidelity, the bipolarity of its character encompassing its oppressive and violent history on one hand and its rich musical and cultural identity on the other has left an indelible mark on his existence. “Karachi can be one of the nicest cities to be in and absolutely mental at the same time. Then again, you can’t help but call it home and yet be intimidated by how unpredictable it can be. To be honest, it really isn’t what most media outlets portray it to be. We do live regular lives and most days go by quite normally. We’re just hard-shelled creatures because of some of the things that the city makes you put up with,” said Daniel whose journey with music began with a metal band in early 2000 and is currently the bassist and vocalist for Orangenoise – a psychedelic/shoegaze act. Over the last four years, he has developed a keen interest in production apart from experimenting and fiddling with several musical instruments. 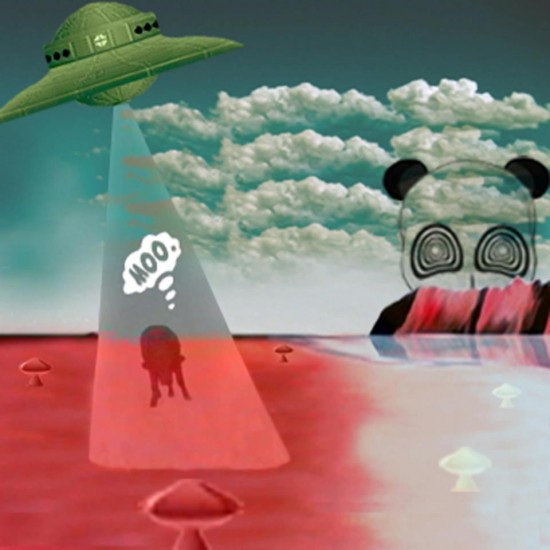 He believes that making music with Orangenoise is probably one of the most important collaborations he has actively been a part of and it has inevitably provided him alternate creative perspectives as an artiste. “I’ve been blessed to be around a diverse range of artistes who not only share their knowledge but also influence each other. It is like this wide collective consciousness that keeps us going. Alien Panda Jury would not have existed without them,” said the artiste who has also had the opportunity of collaborating on tracks with post-rock and ambient sounds of 6LA8  and Asfandyar Khan.

Creating an identity with music

Comprising of minimalist and almost mechanised sounds that are enmeshed in a bed of undulating tones, ‘Sound Science Love’ is a collection of thoughts, dreams, realities and discoveries. Layered with emotions, there’s a story hidden in almost every composite layer. And, as the cascading rhythms gain momentum within clashing notes, the serenity of his compositions blossom with vigour.

“I began writing and producing tracks on ‘Sound, Science, Love’ in the beginning of 2013 and hit a bit of a creative roadblock right before summer. While parts of it were done, some hadn’t even been created yet. Personally, I felt that it wasn’t a substantial piece of work. And, as fate would have it an assignment from my day job at Coke Studio at that time required me to fly to Nepal and record folk musicians and sample as many bells I could find in and around temples in five days. A change of scenery, quiet thoughts in a place of absolute serenity and a window into a whole new dimension in music as oblivious as I was to it at that time turned out to be quite inspirational. I came back and automatically found myself continuing what I hadn’t finished and creating new material for the EP,” said Daniel who is currently working on an EP and a release on Forever South apart from writing new material with his band which will all be out very soon.

Twirling with an infinite pastiche of serenading tones and glitchy rhythms, his compositions have the elegant appeal of a harmonic groove with the twist of a caliginous industrial timbre. And, as solitary beats and gritty textures are punctuated with canorous notes, each tonality acquires an identity that harnesses the fluidity of his melodic framework. The versatility of his musical creations reflects the inherent curiosity and adroitness with which he crafts every piece. For instance, in an attempt to instill a meditative/reflective state of mind, ‘Miniscapes’ was composed with a singular resonating note. On the other hand, ‘Superillustrated (feat. Ali Suhail)’ presents a more noisy industrial soundscape embedded in a sullen distorted drone-like palette that paints an ominous vision.

Music in a socially relevant context

With more and more artistes willing to step out of their comfort zone and explore sounds that are completely alien to conventional ears, it is only a matter of time before experimental/off beat sounds bring forth a new realm of genres. Daniel believes that we are now headed towards a wide spectrum of diverse sounds that will ultimately carve out an identity of its own; South Asia alone is booming with a lot of diversity in electronic music and it isn’t going unnoticed.

According to him, indie/experimental music in Pakistan is ever evolving and constantly growing. Although, there isn’t a specific sound to describe what is being created with respect to fusion, it does have a solid identity within the electronic music spectrum in the country. With him and artistes like Dynoman periodically dabbling with eastern and classical samples in their productions, experimenting with local sounds has earned them deep respect both within and outside the electronic perimeters. “I do believe that it is time the purists opened up their minds, broke a few of their own rules and experimented with their sound” said the musician.

He strongly believes that art gives people a reason to live, a reason to hope and inherently breeds a culture that strongly advocates the nurturing of various art forms regardless of distinctions, thereby, building an eventuality that thrives on human connection. “The arts are the only thing people actively seek out. Art in any form can bring about massive change in a ‘socially relevant context’. I think a bunch of us here started producing music sitting in our bedrooms based on a bit of escapism. In turn, it is churning out a lot of music and if what’s being churned out is affecting people in a good way, then that instills hope,” explained Daniel.

Often contemplating about music being his medium of choice to express his humanity, he has always discovered a pure connection to his art in some form or another. He ardently believes that the identity of a being, dissolved or not, is an entity regardless; and that’s the medium from where honest art is created. “I think it is important to break out of the ordinary and express your art the way you would want to and something will always connect at some level even if you didn’t mean for it to. If the music I create makes people feel good then that’s an achievement for me. Music is my happy place and is most certainly connected to my spirituality; that oneness blocking out external distractions keeps me sane on some level. It is personal and spirituality is personal,” said the artiste.

Although his journey with music has enabled him to reform his individuality and probably evolve to understand his own artistic expression, the innate sense of unity that music has brought forth to his existence reflects in his sound today. It almost seems as if he is relentlessly seeking for silence within those million sensations produced by dissipated chords and angst-ridden harmonies; for peace within chaotic realms; for hope within disparity. And, it is perhaps this journey that truly defines his character…