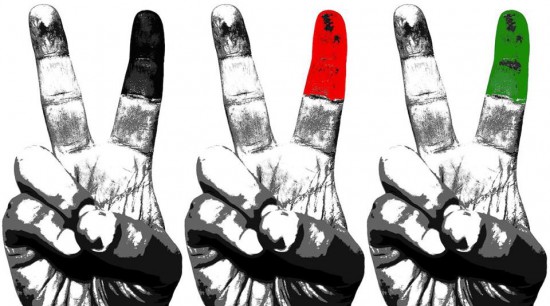 Although he initially began his journey into Afghanistan as one, however, this job description only scrapes at the tip of his relationship with the country. Beard, who has been a constant fixture (in one form or another) of the erstwhile expat-driven alternative scene of Kabul, has also previously written about his experiences hosting Sound Central, the first rock music festival in the country for BorderMovement.

“In 2001, the Americans were moving into Afghanistan to facilitate its apparent ‘liberation’. A lot of refugees were trying to surmount the border and push into Iran, but the borders were clogged through and, eventually, closed. So, to photograph and document the conditions of the refugee camps in Nimroz, I crossed the border with my team into Afghanistan for the first time,” he said, speaking to me from his current home in Beirut.

This experience seems to have been crucial in Beard’s subsequent fascination with the Central Asian country. When he returned in 2006 to head the Aina Photojournalism Agency, his interest in opening the region’s civilians to more diverse interests led to a prolific career that extended well beyond his professional tenure.

“We’ve done graffiti workshops in Afghanistan and taught the kids there how to skateboard,” he tells me modestly (Beard, although no longer an active component, is a co-founder of the immensely popular NGO Skateistan). “Of course, the logistics seemed impossible at first – how do we get spray cans here? Or skateboards, for that matter? In fact, how do you even explain the concept of a skateboard to someone who’s never seen one?”

Still, one by one, they overcame their hurdles. “We combined the words for ‘wood’ and ‘wheel’ and essentially made up an entirely new word in the language for the skateboard. Then we used visual examples to demonstrate.”

The cultural divide meant that it had to be sanctioned by the local community elders or the children’s parents, which often meant lengthy conversations. “Generally speaking though, we’ve been quite lucky in that respect,” says Beard. “We haven’t had any real trouble with traditionalists so far.”

‘So far’ has been a long and productive time, during which Beard also co-founded the Kabul Knights Motorcycle Club and Combat Communications, an umbrella group for Afghan artists. His crowning achievement, the Sound Central Festival, was a culmination of several years of gradual effort. What started in 2007 with a nearly 100% expat participation flung itself from strength to local strength – 2010 saw a Battle of the Bands, then with a mere 6 competitors. By 2011 this had metamorphosed into the very first incarnation of the Sound Central Festival.

Despite a host of difficulties, the October festival saw a turnout of over 500 Afghan youth. “At first the Afghans were just curious,” says Beard, “but by the 2013 edition everything had changed. The audience had surged to over 2500, and consisted almost entirely (85%) of locals. There was a cluster of workshops and we had international artists from Australia, North America and Europe come to perform.” 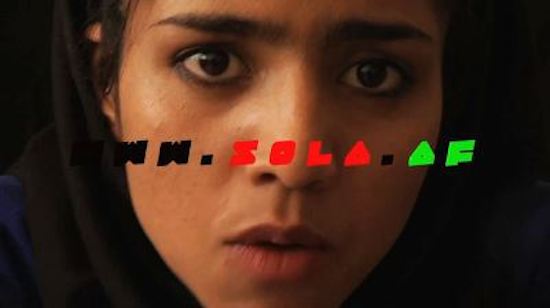 The first day was dedicated entirely to woman participation, and saw a turn-out of over 550 females. In a patriarchal society like Afghanistan, this was unprecedented. SCF 2013 was also broadcast online in what was the country’s first-ever live festival feed.

“Our work here was curating a platform, getting Afghanistan involved and willing – it seems as though interfering any more would detract from the spirit of the festival. So we’re now looking to hand over the reins to capable local hands and then redo the same process in other countries in 2015 – perhaps in Myanmar, or in the Central African Republic.”

But distancing himself from his pet project doesn’t mean Beard’s connection to the country’s social landscape is thawing. In conjunction with his team, this year he oversaw the launch of what was perhaps one of their most ambitious endeavours – the Presidential Election Anthem Contest. Inspired by the American Rock the Vote, the contest aimed to rustle up participation in the voting process (Afghanistan had its second democratic elections recently, and although they’ve been fraught by charges of electoral fraud, the voter turnout, at 58%, was a participatory victory in itself – in contrast, a UN audit had placed voter turnout for the 2009 elections at approximately a mere 33%). People from across Afghanistan and the land’s extensive (if fragmented) diaspora were encouraged to turn in an original composition in any genre or form, the intention being to push them into playing ‘a direct role in shaping and promoting peaceful election songs, rather than being passive recipients of elections messages’.

In keeping with this objective, the competition was entirely apolitical – in the minds of the organizers, the aim was clear – the campaign would constructively drum up enthusiasm about voting as a democratic process while deflecting the conflict and negativity that’s inevitably attached to taking a political side.

Its focus, of course, was the youth of the nation.

In a detailed conversation, we explored what it was like to make this unique campaign an actuality in the volatile socio-political landscape characteristic of the region. 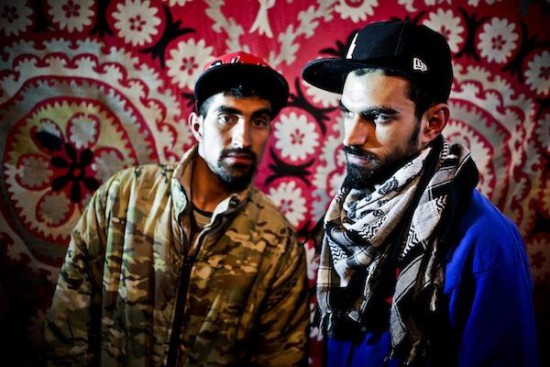 What led you to believe there was a need for such a left-of-centre contest in Afghanistan, or that it would work in an environment completely different from the American campaign you were inspired by?

Beard: Frankly, I didn’t know whether it would work in such an environment myself. It was an experiment – but then again, so was the Sound Central Festival when it began. These projects all tested the boundaries and cultural limitations of this new developing nation and its youth… but thankfully, they all worked.

As for who was involved – it was my team from the Sound Central Festivals – and, obviously, the contestants, the audience and the donors.

Was there ever a time you did feel unsafe?

No. Another reason we felt the need to develop this platform was security (or the lack thereof). We knew that an open stage in public would not be a safe environment for the Afghan youth to find a voice; so we took to the TV, the radio, the Internet. It was still the same platform, just a different medium.

How did the more orthodox amongst the Afghanis receive it? Did you get any support?

Beard: Well, we had the support of five embassies, two TV stations and six radio stations. The orthodox were not excluded, really, but it was clear from the way we marketed our campaign that our target audience was the liberal youth. The campaign was apolitical – that was the entire point.

Did any of the politicians have anything to say about it?

Beard: Not as far as we could tell from our monitoring and evaluation. But then again, I think they had bigger concerns than some kids rapping. 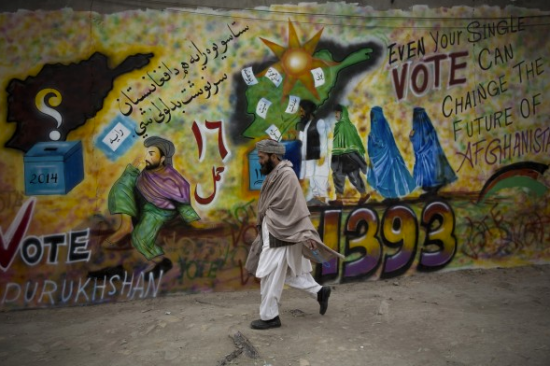 What sort of youth demographic do you think it appealed to most? The urban and the educated?

Beard: Mainly the 16 to 28 age group, and yes, they were mostly from the cities. It wasn’t restricted to the country, however – we had entries from Quetta, Saudi Arabia and Tehran. Prizes were offered in three categories – male, female, and a special consideration award that we instituted for our only Pashto entry. Our female category winner, Sonita, never finished school and works as a volunteer in an NGO for Afghan refugees living in Iran.
What would you say was the most effective method of getting the message out about the competition?

Beard:  TV is still the most effective way to establish contact with the people that composed our target audience. The radio is better when you want to reach every pocket of the country, but we were really only targeting the youth in the cities who might be up for a competition of this sort.

You mentioned that rap and hip-hop had a stronghold on the Afghani alternative consciousness, mainly because they’re easier to pick up in a country without infrastructure, where the masses have no access to instruments and teachers. Were most of the entries in these genres?

Beard: Most, yes. We did have one traditional entry. We didn’t direct them to restrict themselves to these genres in any way, though. It was just the natural direction that the competition took.

What region-specific difficulties did you face? Or were you, after all these years of association with the country, versed with them and ready to tackle any organizational hiccups?

Beard: Translating the lyrics was a challenge. Rap in any country is hard to understand, but in a country like Afghanistan, where rap had no place until 5 years ago, it was a challenge to decipher the intricacies of what they meant. After three years of doing the Sound Central Festival, however, this contest seemed easier to handle.

Tell us a little about your personal experiences with the competition.

Beard: To me, what was most important was the level of production by the contestants. Scant resources didn’t deter them from recording quality music. Some even made video clips – they went on to be the clips we used online and in the TV campaign. The experience was heartening, to say the least.

Watch the Presidential Election Anthem Contest’s winners’ videos below. Read more about the contest and the Sound Central Festival on the official website.

You can also learn about Travis’ Kabul based band, White City (one that was recently invited to the prestigious SXSW Festival in Austin, Texas in 2014) and watch videos of their performances here. You can listen to their impressive debut ‘Landlocked’, which saw a February release this year, on their bandcamp page.