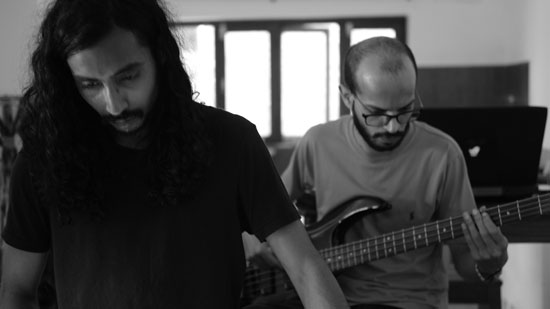 Named after the curvy, sine-waves similar to Kathmandu’s mountain skyline, comes the second edition of Nepal’s radically experimental Sine Valley Festival. In response to the unexpected and fond reception to the first edition, the Sine Valley inhabitants or ‘People Of Electronicity’, are back with a 10-day festival, featuring live performances, panels and masterclasses. Sine Valley will be held from 20th to 29th October across various locations in Kathmandu and is fuelled by one simple thing – the spirit of collaboration.

When Pakistani producer Daniel Arthur Panjwaneey, aka, Alien Panda Jury, was sent to Kathmandu for a Coke Studio assignment five years ago, he was blown away by the Nepali musicians. “The way they grasp an idea and noodle within it, is something you will not experience even with the best of the best Pakistani artists.” These sentiments were shared by Maldives artist M. Manal, aka Autonomotor, who found Nepali musicians to be – “very receptive”. Both of them met at SoundCamp Karachi in 2015, but it was the following year during the Karachi Files concert in Berlin where they decided to bring the artist residency format to South Asia, for South Asia. This gave birth to Sine Valley Festival. 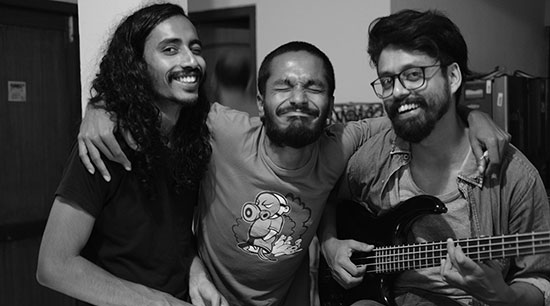 “The first edition which took place last year was very intimate and unexpected”, says Manal. They both felt that there were many talented Nepali producers who don’t get a chance to perform which made Kathmandu the ideal creative and geographic fulcrum to hold the event. The entire process was simple – both of them were in Nepal, so they called their musician friends. A bunch of them showed up, hung out and had fun making music. Manal says the important ingredient was – laughter. Lots of it.

While these two co-founders look after the curation and the collaborative aspects of the festival, Rishi Jha is behind management, Sana Nasir is the art director and Gibran Khaliq takes the lead with content. “It’s a labor of love”, says Daniel. For the second edition, the Sine Valley team have put together a solid program which consists of artists from France, Italy, India, Maldives, and Pakistan. The line-up also features local talent like the ethereal Irina Giri/Flekke, along with grind-core vocalist turned producer Bishal aka Foeseal, Ranzen, Zeromile and Voltaic. Personal favorites include Rajan Shrestha/Phatcowlee and Rohit Shakya, aka, The Author known for his delightful ‘Even Sessions‘. Then there’s Italy’s Marta Del Grandi, who previously taught vocals at the Kathmandu Jazz Conservatory and has some rather eclectic solo material. France’s David Monnin, aka, She’s Drunk, will be performing at the festival as a part of his BMR: South Asia residency. Earlier this year he met fellow BMR allumni Daniel, as a part of his residency in Berlin earlier this year. Daniel says, “The biggest takeaway from BMR is eliminating the notion that you have to conform to a sound or be specific. It taught me to express myself as freely as I can and try to create my own sound.”

In both the debut and upcoming edition of the festival, Sine Valley starts with a ‘Collab Week’ where the artists performing get together a week before and jam it out. This collaboration manifests rather uniquely into a live improv show on the days of the performances by the ‘People Of Electronicity’. The door is open to all as they aren’t restrained to a particular genre. One day they will have a singer from the Jazz Conservatory sharing some vocal lines, the other day they will have a sarangi player coming in. They are also collaborating with Word Warriors, a spoken word/slam poetry collective, to showcase how poetry and music go hand in hand.

A panel discussion dedicated to festival design has also been scheduled. “A festival is not just putting a line-up together. There are a lot of conceptual and visual elements to it”, says Manal. The panel will consist of co-founder and festival director of Pakistani music festival, Lahore Music Meet, Natasha Noorani, Sine Valley’s art director Sana Nasir and people from the Kathmandu Film and Photography Festival. Sine Valley’s own festival design has been inspired by the folklore of the different countries the performing artists have hailed from. The cherry on the cake will be a masterclass by Aditya Nandwana,/Sawhorse, on sound synthesis and the creative and physical process behind building pedals and synthesizers. 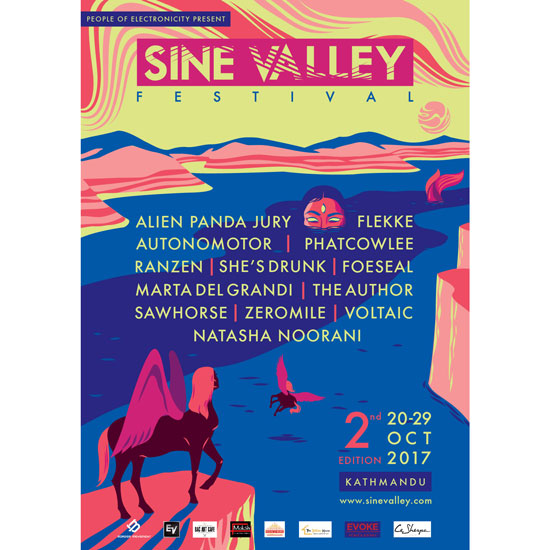 “It runs entirely on the spirit of collaboration”, says Daniel. Both of them have learned that your ego doesn’t count for anything when you use the word collaboration. The more selfless you are, the more fulfilling the entire process will be. In a world where everything is being broken down and there isn’t an ‘establishment’ so to speak, the art has acquired a true sense of democracy by the elimination of the gatekeepers. The artists are in charge of their art, nobody else. You can produce a track in your pyjamas at midnight in your home country and have listeners across the world appreciate your music. But on the flipside, the entire music scene has been divided into several small pockets of talent. This is why festival culture which is fuelled by collaboration is essential in today’s age.

Sine Valley Festival is a testament that we need more cross-cultural collaboration for both the art and the artist to flourish. We can only hope that the upcoming and future editions of the festivals are a massive success and inspire musicians in other parts of the world to do the same. Manal very aptly sums up the motivation to keep going… “Cause why not? It’s fun.”