She’s Drunk & The Art Of The Accident 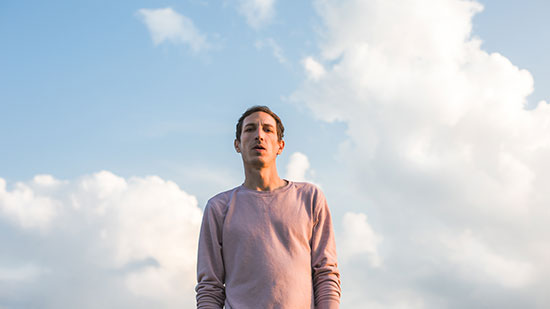 David Monnin talks slowly, deliberately, almost in a drawl. Like he’s carefully choosing the exact words he’s looking for from a compendium of letters. It could also, perhaps, be a result of him getting a grand total of four hours of sleep in the last two days. “My brain is not working,” he confesses. Monnin has a busy time ahead of him. First is the Sine Valley festival in Nepal, following which he’s off to Sri Lanka for 25 days, then to New Delhi for another month all courtesy of the Border Movement Residency, for which he’s been selected. Monnin writes percussive, techno-twinged electronic music under the name She’s Drunk.

First the obvious question, and also the one he has to tackle every time: what’s the deal with She’s Drunk? “Well, there’s a lot of reasons,” he says. “I wanted a catchy name, one that clicks and people can remember instantly. But also, I liked the idea that it confuses people; I’m a man, it’s a ‘she’. If people find me on the Internet, they think I’m female. I kind of like this confusion. It also raises the question of gender.” Further, it’s a nod to the kind of music he makes, not sticking to any traditional formulas. “It’s super random. I think my secret — if I can call it a ‘secret’ — is that I never had a recipe. I don’t want to. I always start from scratch and go with the flow,” he says. This could mean taking a field recording and transforming it into something entirely distinct from the original sound, or just picking a new VST plug-in, jamming around with it, chopping up the recordings, and working around them.

“My perspective in music production,” he says, “is to create accidents. Build things around, make them fit together.” More often than not, Monnin relies on instinct as opposed to sticking within the frameworks of ‘genre’. “I just can’t. One thing I’m obsessed with in music is I kinda don’t want to sound like anything else. It sounds a bit arrogant maybe — of course it sounds like something else. But maybe in the way I’m putting sound together… I like to surprise myself.”

Monnin, who’s 36 now, lives in Berlin and is originally from France. He began DJing in the early 2000s, influenced by the invasion of the Spiral Tribe sound system (originally from the UK) in France. “They used to throw parties in the UK in the 90s. This movement arrived in France; they brought these wild parties in nature. I spent seven or eight years through the parties in the forests, fields, and countryside of France, DJing in this very underground electronic music scene. Then I kind of got bored of these parties; people were really coming because of the drugs, getting shitfaced and stuff. I wanted to get out of this; it was not my thing anymore,” he says. While he began producing around 10 years, he spent a long time just understanding the different mechanics of production and writing music only for himself or with friends. 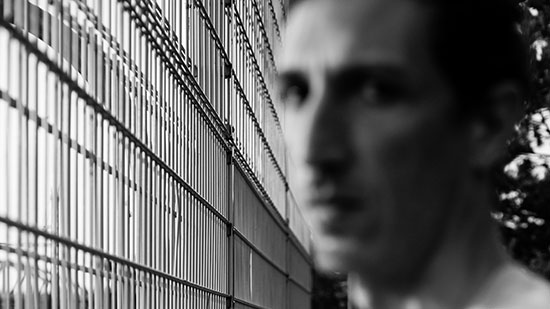 He moved to Berlin seven years ago; within a couple of years of settling in and making connections, DJing and producing became a full-time job for him. He’s released four EPs so far, and a fifth one is on its way next January, via label/collective Through My Speakers. Next for Monnin is the two-month residency, splitting his time between Colombo, Sri Lanka and New Delhi, India.

He lives in Berlin, but Monnin is far from being an urban-dweller. At heart, he’s a country boy. “I should mention that I’m a nature freak,” he laughs. “I like to spend time in nature. I grew up in the countryside in a very small village in France. My father was a farmer. I grew up with cows and animals and stuff! The life I live now is really far away from my youth. For me, being close to nature is very inspiring. It makes me feel good, it makes me relaxed, it puts me in a good mindset.”

He has a couple of gigs and workshops planned, including a slot at Magnetic Fields festival in Rajasthan, but beyond that, Monnin is somewhat torn between formulating a crisp plan for the residency and just going with the flow. “I want to leave some space to improvise.” One aspect he intends to prioritise is exploring the cities he’s in and reconnecting with nature. “I’ve asked them if I can spend some time isolated by myself in the countryside, in a simple hostel or something, and be close to nature,” he says. “I want to work with as many people as I can; meet a lot of people. But I also want to spend time not working, visiting different places to get entrenched in the culture of the country and get some inspiration.”

Like literally every musician in a foreign land, Monnin too intends to collaborate with local artists, incorporate regional traditions in his music — “I want to go in the countryside near Colombo and meet people that play traditional instruments, especially percussions,” he says. The plan is already in place; he’s supposed to connect with artists in Jaffna once he’s in Sri Lanka. However, Monnin has a welcome self-awareness, a much more holistic approach to collaboration. It isn’t merely for the sake of exotica, of adding ‘cool’, obscure samples to the music. “The thing is, for me, I don’t want to make the mistake of just going there and record some people and just produce something with that. My goal is to meet the person, spend a few hours together, get to know the character as well. I don’t want to steal culture; that feels very weird. I want to try to connect deeper with the people, and make something that makes sense, you know?” he says.