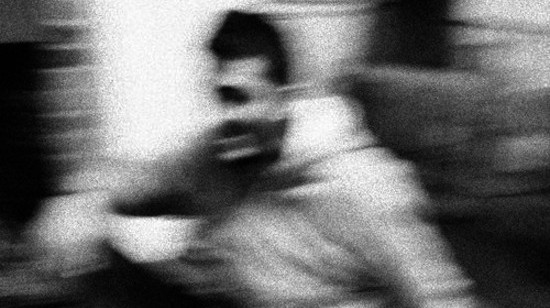 It’s been a while since we’ve checked in with the always compelling D_Poet , and he’s just dropped two new sexy gems for us.Although it’s the second track that he’s straightforwardly tagged “sex”, it’s D_Poet’s remix of Sweatson Klank’s bedroom banger “I Shouldn’t Be Here” that evokes the satin sheets. The remix doesn’t stray too far from the atmospheric tone of the original, but nonetheless manages to improve upon it.

A mournful piano line is buoyed by an expertly applied squelching bass synth. Skittering trap-lite hi-hats and chopped vocals give the track a very zeitgeisty club feel. And when D_Poet strips out most of the track and lets the R&B vocals breathe over the pulsing portamentoed bass line, it’s clear that despite the repeated lyric “everything we do is wrong”, this producer is doing many things very, very right.

The second track, a blunted remix of the Scratch Perry produced early Bob Marley tune African Herbsman, feels as if it’s come about three months too early. With Marley’s vocals nestled inside a warm, languorous synthesizer wash, punctuated by sparse typewriter drums and one slow muted kick drum per bar, this is a winter hibernation track. It’s a song to listen to while swathed deep inside warm blankets late on a bright and bitingly cold winter morning, sharing body heat until the track warms both of you up from the inside.

One tiny quibble; we would have preferred the vocals to be a bit lower in the mix; they’re accompaniment to the lush production, not the other way around.

We however do disagree with D_Poet. His African Herbsman remix shouldn’t be tagged “sex”. It’s much more than that.