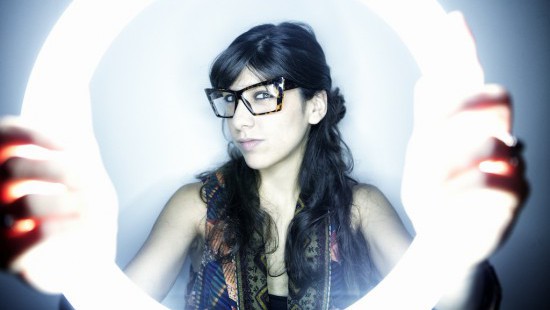 Keeping track of Sandunes’ rapid evolution over the past six months or so has never been hard on the ears, but this remix of the Shaai’r + Func banger ‘Oops’ represents a new level in her musical development. Sandunes has always placed her production in the future garage space, but although her tracks have borrowed bits and pieces from the genre, none have fully embraced its dancefloor potential in the way that this remix does.

Sandunes spends the bulk of the track putting Monica Dogra’s always welcome vocals through the wringer, giving them the old garage chop and shuffle, and all the while building a canvas of wide-open space punctuated by skittering percussion programming and this one finger snap that – really, we swear – ties the whole track together.

The tune slowly builds, dropping out some of the percussive complexity about two thirds in, when Mrs. Dogra’s vocals are given a moment to breathe. The tension, however, quickly ramps up again and the vocals return to their fractured, garagey best.

We’re excited about what might be around the corner for Sandunes, and this track gives us some ideas. We know that she and Monica are both working on upcoming releases. If this is any indication, the world would be better off if two of our favorite women in the Indian electronic music scene found themselves in a studio together. Whaddya say?

One response to “Sandunes & Shaa’ir Open Up The Garage Door”