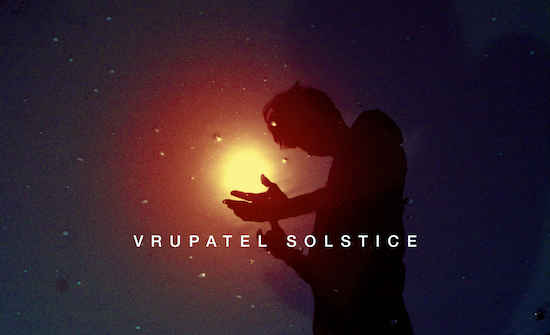 Depicting a journey to the sun in its final moments, Solstice showcases Patel’s trademark ambient multi-layered arrangements but with a heavier, vocal and guitar based edge. Synthesizing the influences of bands such as UNKLE, Boards of Canada, NIN, and Sigur Ros, Solstice is a record of not only hope, but also sonic and metaphysical intrigue. The naming of the tracks has been well thought out, and the element which really sticks is the distinct warmness of all of his sounds. The longer length of his tracks only adds to his ingenuity as a musician.

The album is available through Sonic Fire Records, a Berlin based record label in operation since 2009.

Vru Patel who is training to become a physician at Lublin, Poland is also a photographer and graphic designer. Dhaka Electronica Scene’s logo was his gift. One of the key people who have helped shape DES, from its very beginning.

A star in the making and an essential bookmark for music lovers. You can hear the album in full below: