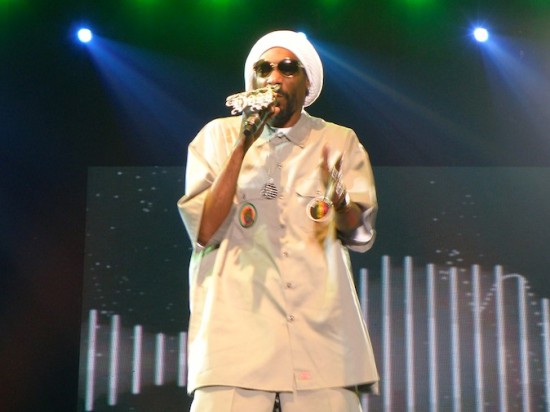 Halfway through Friday night’s Snooptacle they played Hero (I’m not sure that’s the actual title of the song, or really care), and the Lion began to shuffle around the stage like a pubescent cub, as expressionless as endearing. Not the Enrique Hero, mind – aim lower, aim Bollywood, aim Mika Singh.

In that first half, the audience had roared over and over like a wave – the authentic enthusiasm that only a true-blue superstar can generate. The erstwhile adult film director and West Coast legend, for his part, did not deviate from routine. A gangling awkward fourteen year old trapped in the body of an adult, Snoop barely twitched a facial muscle (other than a garish wink that was meant, presumably, to showcase his masculine wiles), rapped like a blast from the radio past and looked like a particularly disenchanted extra on the Wire. Then what, I wondered, was this magnetic gangsta aura he exuded that made every single man in the audience want to not be like him, but be him?

The answer, I realized, came down to one untranslatable word: swag.

Snoop had embraced the gaudy and the ghetto and emerged stinking of nothing but success. He reminds you over and over that he demolishes more ganja in a day than you probably have all year. He was in comedy shows and soap operas and pro-wrestling – he was even in Training Day. He has partied and abused, made misogyny an art form, lived the life beyond your glinting eyes – but he could show you what it’s like, vicariously, for one night only. All you have to do is tell him what his name is.

And that is why there is no more apt term – the man is swagalicious. 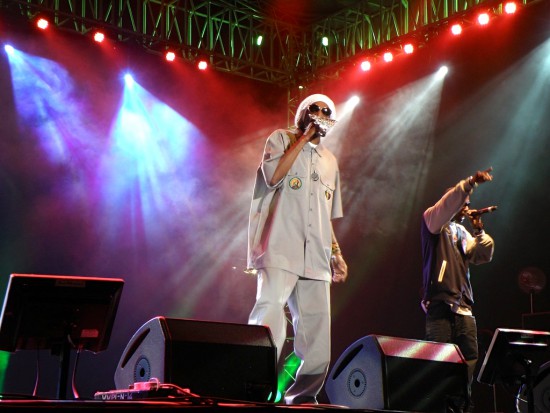 It feels slightly strange to me that the organizers of the show slipped Snoop Dogg from their arsenal, however. India as a nation has always been far more obsessed with guitar music, more with brawn than bling. Even when I was younger, the pop that flowed out my Walkman, at least, was usually boy band and not hustle.

Perhaps this is why Snoop’s show hadn’t as much a crowd as Iron Maiden or Axl Rose (estimates are misleading but it would be safe to say that the venue was running at less than half capacity). In this way Snoop Lion’s debut Indian gig was a local reminder that affectionate David vs. Goliath indulgence apart, it’s time we stopped convincing ourselves that Pune is more or less Mumbai. For one thing, attendees were not necessarily fans so much as people who could count large for tickets, food and alcohol. For another, Midival Punditz were playing a free show only a few kilometers away at the Indo German Urban Mela while Hashback Hashish was setting up elsewhere on the same night as well. 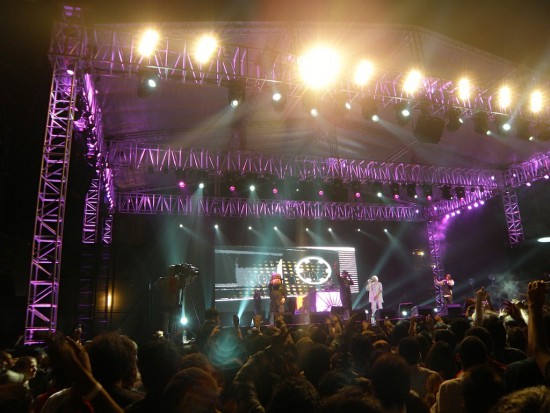 Snoop rolled on stage with his crew regardless, all flash, and delivered ‘chart-buster after chart-buster’ (ref: brochure) as promised. He beamed down on us from up high, like a benevolent father. Sometimes he borrowed from Justin Timberlake, at others he fled to Bollywood. There was a guy on stage in a dog suit for a while. Everyone was happy. Riding the wave, Snoop flew into his slightly less popular (Doggumentary era) hits – ‘Wet’ and ‘Boom’. These didn’t seem to sit perfectly well with an amped and restless arena, and the Dogg broke stride. Wait a minute, he seemed to think when everyone began mouthing ambiguous lyrics, they’re all posers!

The illusion was shattered and enthusiasm dimmed all around. Snoop eventually wrapped up the show with a couple of quick bangers, refusing even to say goodbye or unleash a couple of his new reggae tracks upon us. So much for ‘AKA Snoop Lion. For our part, we never hesitated, filed out in an orderly fashion with nary a call for an encore. Everyone went home feeling strangely let down and yet entertained. The King had come but the King had gone far too quickly.