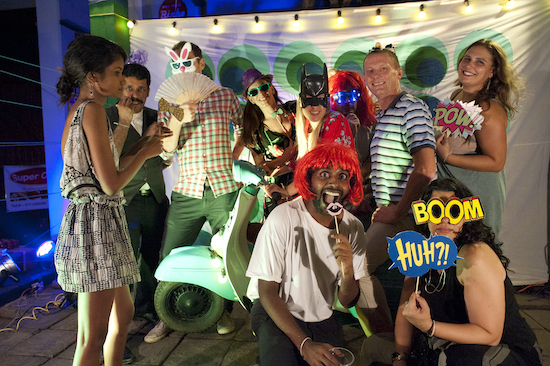 Capturing (the spirit of) live music is tricky: The more you get sucked into the allure of a night, the trickier it becomes, your judgement clouded by intimate conversations with strangers, neonlight fuzz, residual smoke… broads in batik. What essentially should be the task of an observer, becomes one of an accomplice, as the mind begins to wander along a slightly slanted axis of reality. But even at the best of times, memory is a flux. Ultimately, you want to tie objectivity to a tree, and bask in the real aura of the night. 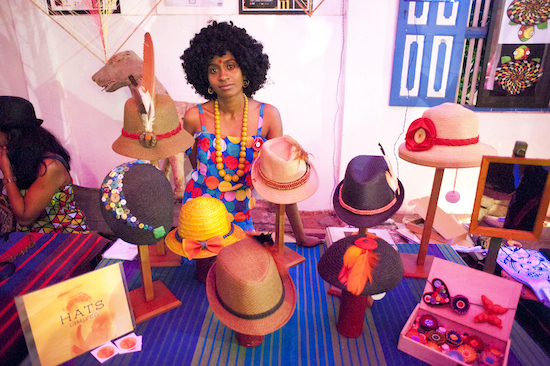 So there we were, at Barefoot Café in Colombo, to witness a collabo between Bang Bang and Border Movement created as a platform to showcase live (and non-beaten-to-death) dance music. The Funk Forum was fashioned as something a little different, with the aim of bringing together DJs and traditional instrumentalist into one setting: Asvajit, Sunara, Ravi B, In the Company of Clowns, Type B and Music Matters were featured on an evening of “Funk, Soul, Nu-jazz, Electro-Swing, Disco, Breaks, Funky-House, Nu-Funk, RnB and World musical goodness along with unique, colourful handmade art and handicrafts…” on a poster of an LSD’ed cat (we think) with vinyl sliding out of his head (yeah). 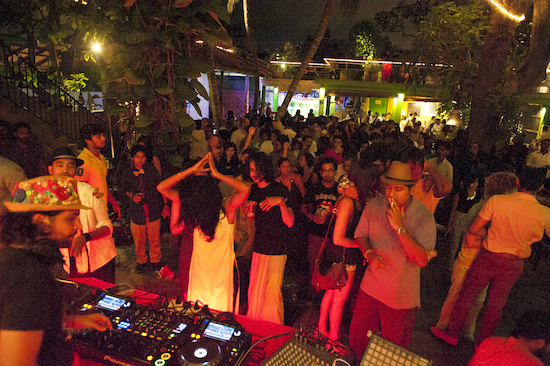 A cool and buzzing hideout in Colombo, Barefoot is reputed as an art gallery and café with a signature feel about both its content and ambience. The inherently colourful setting was amplified by an equally vivid crowd, with everyone from the disciples of CHOGM to the disciples of FUNK present. The conversations of the night were similarly slanted/enchanted — in between meeting the 2nd Richest Man in Maldives, discussing the merits of broccoli with Krema Diaz badman Toc Toc Bayah, seeing the ghost of an old flame, and reliving Funktion One dreams with Goethe Institute’s cultural attaché — we managed to experience some of the better live music in recent memory. 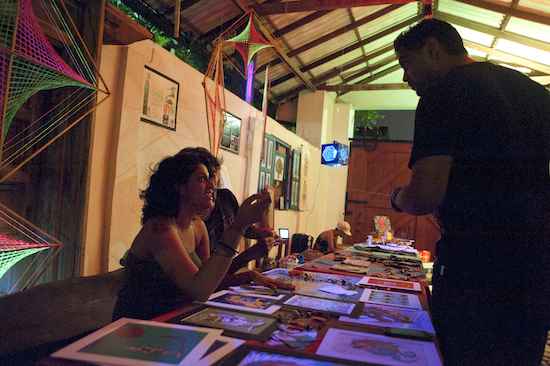 Things had started off with DJs Daham, Sunara and Type B (who we have featuredelsewhere, but were unfortunately unable to witness here) playing expressive sets of old-school dub, reggae, disco and house. Next up was Ravi B, founder and a curator of Good Music Movement, a movement that belies its Simple Jack name. Ravi B ring-leads a collective of local DJs and crate diggers pushing new sounds in the island, from Manchester Bass Music to Detroit Techno. As a selector, Ravi B’s palette on the night was as wide as his Bob Beamon smile, his floorplan including everything from Moritz Van Oswald to sensual women (yeah). By the time these Larry Heard and Kevin Griffiths burners grazed the floor, things looked prepped for an Asvajit Take Over. 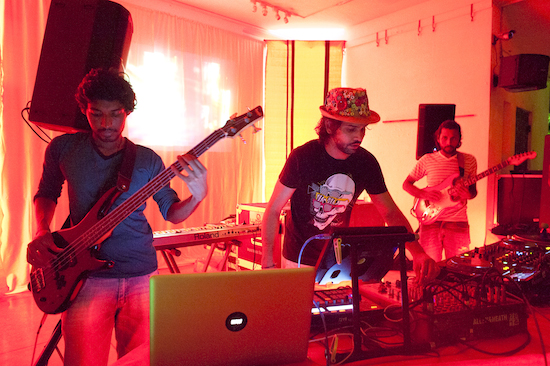 And the Take Over was decisive, bass guitars and live keyboards in toe: Working in tandem with guitarists Uvindu Perera and Sarani Perera of Music Matters and keyboardist Daham Rathnayake of In the Company of Clowns, Asvajit debuted five of his newest tracks. Korg Monotrons running through Boss delay pedals, Ableton basslines reinforced on the fly, Logic and Roland chords merged, it was testimony to thinking outside the seams of the square. The live set was regrettably short, but he moved unto a DJ set peaking with teacups n brass. After midnight, DJ Sunara picked up the pieces on a subdued sound system that cut her no slack, but she played game with a set of slow-mo bounce. 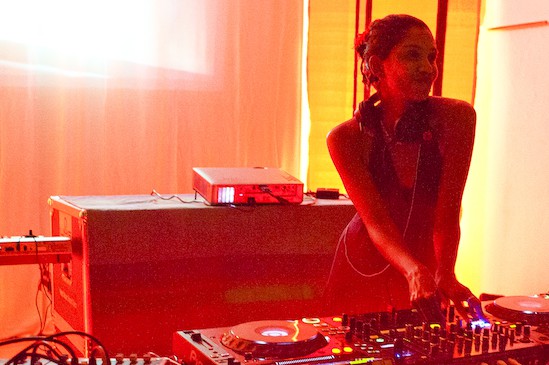 And there it was. The Funk Forum operated somewhat outside the rules: 8 to 12pm, non-traditional venue with no cavernous sound system, space for a multitude of genres, solely local bred talent, and in spite of this — or primarily because of — proved a success. With similarly intimate affairs with Asvajit, Blind Minded, and (Secretsundaze head honcho) Giles Smith on the horizon, the upcoming holiday season might just lead to an exciting new year. Good people, throwing good parties, for the right reasons: the new Colombo seems all about the music, almost. 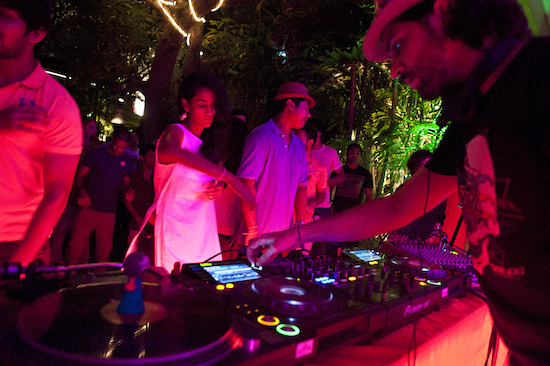