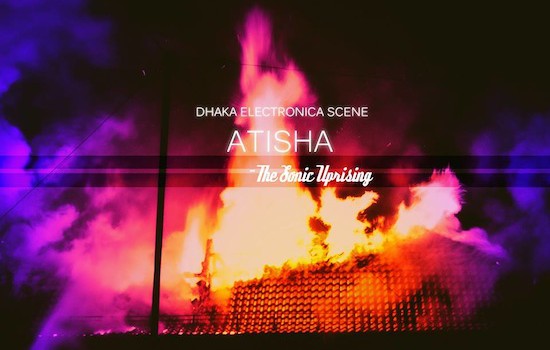 In a country where alcohol is mostly illegal, and in capital city which would envy the power supply of Gorakhpur, residents are often at a loss in their search for the perfect beat.

I once spent a week in Dhaka. Every person I met – all children of the Bangla elite – was looking forward to Friday night. A restaurant had been hired, the police had been paid off, the DJ was sorted, and there was going to be a party. Within a very tiny slice of Dhaka’s privileged wild young things, this party was the Friday night plan.

We bought our tickets – a place had to be reserved in advance – for the equivalent of about 1,500 rupees, and showed up early, ready to get a full night of partying in. There ain’t, after all, no party like an illegal party.

But the night was shut down before it even started. Somebody didn’t pay off the right cop.

There was no other party to attend, no club to check out. The rest of the night reminded me of college; everybody calling everyone else to try and find out where they could go.

But there was nowhere else to go.

The point of this preamble is to give an idea of the challenges one faces when trying to help bring together an electronic music scene in Bangladesh. Dhaka has long been a supportive place for the kind of rock bands that grow out of high school and college jam sessions; the kind of grunge inspired rock that’s common in Delhi, Bangalore, or neighbouring Calcutta. Electronic music, on the other hand, lacks a natural constituency. It’s not to say that dance music requires intoxication and nightclubs, but these things certainly make it easier to develop the critical mass of a cohesive scene.

The men behind DES (as it seems to be almost entirely men, sadly) are pushing to create a space for the scene, even if that space is at least partially virtual. The DES Facebook group opens a window onto the production chops of Bangladeshi electronic musicians.

DES recently released their second compilation of Bangaldeshi electronic production, Atisha – The Sonic Uprising. And though I’ve been intending to write a review for the past month, I’ve consistently let other projects get in the way. That’s because Atisha is a very difficult album to write about.

It’s difficult for two reasons. First, one usually expects some kind of sonic consistency from a compilation. But Atisha is only consistent as the diverse styles of Dhaka’s featured electronic music producers. This stylistic diversity means that all but the most ecumenical of listeners will dislike at least a few of the tracks on the album.

The second challenge is more contextual. I’m so happy about the fact that DES even exists, about the fact that a dedicated group of people are committed to advancing electronic music in Bangladesh, that I’ve struggled to force myself to be critical. Because though the album has much to offer, there are also several tracks that are more focused on what electronic music has been than what it could be.

Atisha’s strongest cuts can be found not in the club tracks, but rather those that craft a more atmospheric electronic landscape. Many, notably The B Regiment’s Fabric, echo the 1990s British Asian scene that fostered talents such as Asian Dub Foundation, Talvin Singh, and State of Bengal. Others, such as Fahad Zaman’s excellent Cluster, sound almost as if The Avalanches decided to make a South Asian experiment; a sample, chopped and filtered to the point where its origins are no longer relevant, is buoyed by a simple drum beat. When the tabla-inflected breakbeat drops and apparently human vocal samples are twisted forwards and backwards over a palette of percussive madness, it becomes clear that Zaman has delivered the compilation’s highlight.

A close competitor for the title, however, can be found in Kulhed’s Britton. I can’t quite put my finger on why I enjoy the track so much. It sounds unmistakably like someone took a groovy, warm house track, and filtered everything but the drums down to the finest whisper of groove. This is a track for sipping champagne on rooftops; neither too club nor too lounge.

Other tracks, however, get stuck in the space between dancefloor and chill room and don’t come out any better for it. Koshai’s Venture pairs a fucking fantastic and fully acid arpeggiated synth line with a tightly programmed melody and clean percussions samples. One senses trouble, however, with the arrival of the plodding dubstep-lite synthesized snare, and it is unavoidable when the mid-range wobble bass makes the track sound like… well, like a lot of other tracks.

Similar struggles are apparent in Rizvi Mahmud’s Zubair featuring Future Tribes of Electronica. The title couldn’t me more misleading; the dubstep-hard rock hybrid would sound distinctly at home on the soundtrack to a 2008 summer action blockbuster.

Dream3r, another contributor who dips his toe in dubstep inflected waters, fares much better. His Phobia is serious, hard bass music, deftly flitting between breakcore, dubstep, and drum & bass. I don’t usually go to the kinds of parties that play this kind of music, but if I did, I’d want them to play this song.

Mir Omar’s Bladed and RiZZi’s Aurora follow. It’s always a struggle to write about these kinds of songs. They’re big, high energy, four by four club cuts with pounding kick drums. And they’re professional, well produced versions of just that; I’m especially fond of Mir Omar’s out of context but awesome nonetheless stuttered handclaps. But I’m just not so sure that Dhaka – or any city – really needs more generic club cuts. The Stellar Lounge Mix of RiZZi’s Aurora, found earlier on the disc, far outshines the original, and could potentially blow my mind with a good Bangla emcee delivering a verse over it.

The album closes with two tracks – Hash Ezra’s Atisha’s Taste of Freedom and Mazhar’s Prajna – that wouldn’t sound out of place on a late era Café Del Mar compilation. Both would make for superb beach music, though Hash Eza’s comes across as the more compelling of the pair, if only because Prajna slightly fails to satisfy in the mastering and engineering departments.

When Atisha succeeds, it’s due to well-executed production by a group of talented electronic musicians who have come together to both open Dhaka up to electronic music and to bring electronic music from Dhaka to the world. When the album fails, it’s because it’s more worried about what electronic music should sound like than with exploring and expanding its own world.

As the Dhaka Electronic Scene comes into its own, we’re confident they’ll expand not just their world, but also our own.