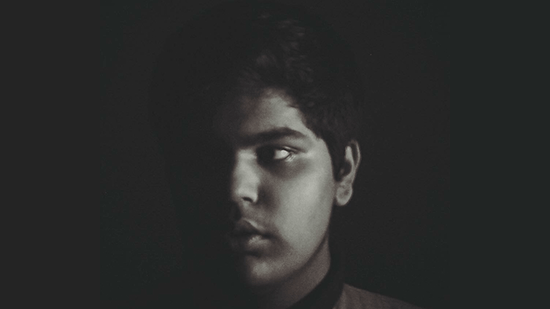 Both in their teens and still very much in high school, Abdullah and Hatim are, to the ever expanding electronic music scene in Pakistan, the new kids on the block.

Was it surprise, disbelief, or merely the mugginess of Lahore that had me so startled listening to Abdullah for the first time. It was the second instalment of Lahore Music Meet and walking into the Al Hamra, I was greeted by Abdullah’s voice. Described as ‘androgynous’ by The Fader (Abdullah: “my friends asked me what this meant but I didn’t tell them haha”), the voice is part wail and all ambient and as I turned to the showcase stage, I looked for it’s owner. Getting a clearer view of the stage, performing with keyboard, pluck and nothing else, was what looked like a boy, peach fuzz and all. The sound was mature, the singing confident and the crowd transfixed. Later, as I stalked his Facebook artist page, his years (or lack thereof) were still not apparent but his music and fan following were. His talent was soon noticed by Forever South co-founder, Dynoman, who threw us back onto the scent, making introductions to Abdullah and Hatim, both of whom he has worked with. 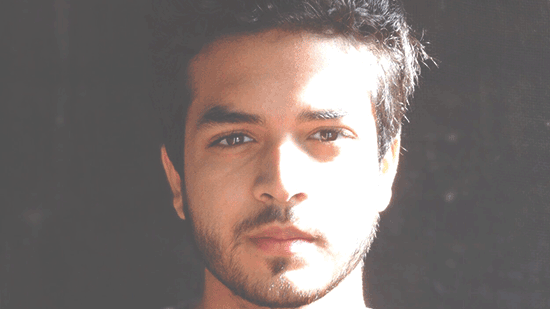 Abdullah and Hatim (who are not a duo or related) are, as with most from the Pakistani scene, bedroom musicians and while this may sound insular, it is anything but. The Internet has allowed them to connect with fans and other musicians, enabling them to lead parallel lives under the guises of very unassuming students. Interviewing them from Lahore, I got chatting to them about their music, careers so far and school results; though that may remain privileged information:

As to my first question, Abdullah replies, “they’re still going” and “17” but he does so in this mild, self effacing manner that belies a musician who has gone from a nervous 16 year old who suffered a “mortifying” pratfall right before he went on stage at LMM to a Lux Style Awards nomination (the Pakistani EGOTs). That’s something, considering you have school in the morning. But Abdullah maintains a dignified if insouciant air about his career and his accolades, being keen to note that his friends and family are definitely “unphased” and as for him, well, excerpts from the interviews are as follows…

So what has the reaction been like to your music so far?

No clear way to gauge what people think of me, there still isn’t, I just go by the numbers. I do get those reactions but I’ve kinda’ gotten used to them, I’ve been performing since I was 10.

How would you describe the Abdullah Siddiqui sound?

My music is… hmm… I was just thinking about what I was going to do next. I had just completed my album. I’m already thinking about the next one and for the next one, its going to be like a complete sonic reinvention. That kinda sums it up. I’d say it’s kinda electronic but that’s variable. I’m still trying to find my sound. Lyrically, I’m pretty certain but sonically I don’t think there is anything that I can call my own yet.

Tell us about the album, how did Dynoman help?

Haamid has been helping me, giving me critique and [he] sorted out the release and distribution.The rest of it was all me. Hopefully going to release it in the first few months of 2018. It’s called ‘Anhedonia’. Lyrically it’s about any random thoughts I had, but over time I started seeing a pattern. The writings were of a state of mind, and that state of mind (pretty consistently) was just the feeling of not having something to feel.

You were a happy child right?

Hatim moves quickly from his age (17) to answering questions about the IB, which for some reason or other elicits a ‘concerned parent’ level of interest in us. He describes it as “really, really tough”, bringing back unwelcome memories of school – I wonder how a 17 year old is able to be prolific in the time of tuition centers…

Nobody expects this level of production from a teenager, how do you do it?

I’ve been interested in music for a long time. I think I started messing around with production since 12 and put out my first song at 15 andI only just started singing, which I’m still not very confident about. I think you’re definitely right; a lot of themes that people write about are themesyou only get to understand when you’re older. When I put out music people often say, ‘why is it so depressing?’Haha! I think this is the age when you start experiencing a lot of things, you’re confused about everyting, and you’re questioning everything. I think it’s a very good time to start writing things down.

I love anime. The artists I’m inspired by do stuff for anime like Porter Robinson. A lot of the music I’m listening to is anime inspired. It’s really creative, it’s very different, the themes really get to me. That’s one of my dreams. To make music for any sort of anime. 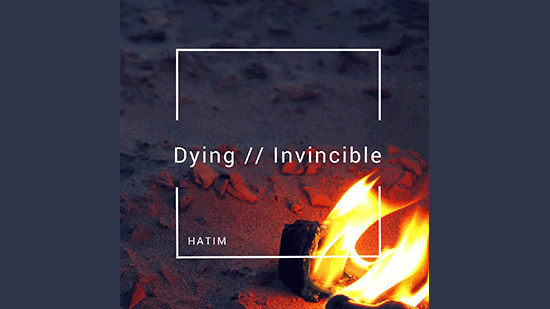 How have you been juggling school and music?

Recently it’s been harder ‘cause I’ve been doing uni applications. In the last 7 months I’ve only been able to put out 2 songs. I wasn’t happy with the stuff I was making. I thought it was getting too commercial; it wasn’t the kind of stuff I wanted to make. It was just one of those places where you question yourself. But now finally I’m making the stuff I want so I’m thinking of putting some music out in soon.

Do you want to make a career out of your music?

Definitely. This is the only thing I see myself doing. The only thing I can truly, passionately do, ideally mein ney yahi karna hai (this is what I want to do). But of course there are expectations from the family as well. You have Patari now and its setting up but you can’t rely on music as a career, so that’s why I’m studying right now. That’s why I’m applying aboard, cause I want to study music. But to be honest it doesn’t really matter where you are. Even if I come back, thanks to the Internet, I’ll still be out there.