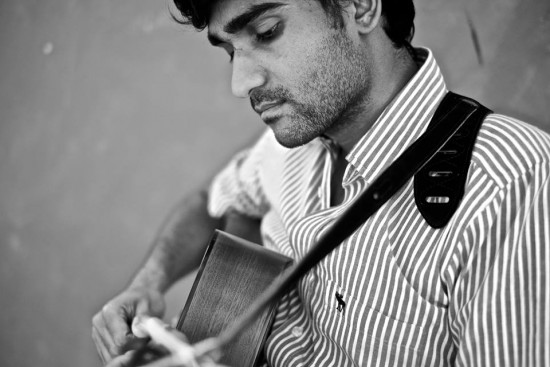 It’s been nearly two months since I watched singer-songwriter Prateek Kuhad launch his debut LP, In Tokens and Charms to an intimate audience at the Little Theatre at the National Centre for Performing Arts, Mumbai. The show was attended by close to 200 people, all who had pre-booked tickets at INR 500; this was the second event in his four city schedule. Pre-booking tickets to gigs isn’t a norm in India, which makes it important to mention (besides also tipping a hat to the courage shown by the performer and his manager-cum-label honcho Dhruv Singh). Aside from Kuhad’s performance being top-notch, it was heartening to see so many people come out to a show, without the alcohol and food of a regular club gig, another regularity in the country. Kuhad has now successfully completed his four-city tour, which kicked off in Delhi (Akshara Theatre) on January 30 and ended in Bangalore (Jagriti Theatre), on February 10, with a stopover in Pune (Kala Chhaya Theatre) on February 7.

Kuhad previously impressed with his EP, Raat Raazi and other demos, and has been actively playing club shows and festivals since his debut on the Indian indie music scape. This particular tour however, was a conscious step to taking his music to smaller, more intimate audiences in mini-auditoriums and amphitheatres. This step has helped the young songwriter isolate his listeners from the bustle of the regular haunts, keeping the focus primarily on the music and his craft. However, what really triggered this turnaround was a few shows Kuhad performed at the Akshara Theatre in New Delhi over the last year, alongside his Pagal Haina label-mates Shatanu Pandit and Raunak Maiti. He confesses to have really enjoyed the connect with the audience in such a space, while also being able to perform better – besides also finding comfort in the space. While the label did a multi-artist showcase at the venue in December, Kuhad has also played a solo gig at Akshara Theatre in the past, and has also been a part of the DIY Day gig, a crowd-funded single day festival in its first edition  at the same venue. 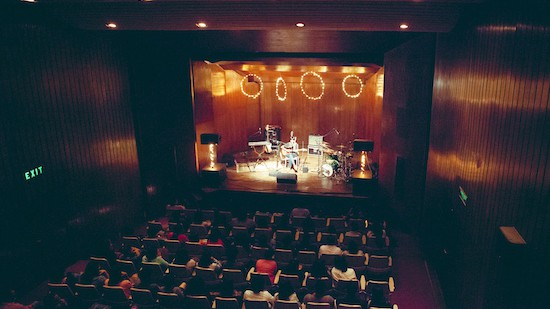 Although ticket sales had been encouraging in most cities, Kuhad did face a sense of apprehension initially from ticket buyers. Most event organizers in India will tell you that tickets sales are slow initially, and pick up only closer to the actual date of the event. While his music has takers in each of the cities he toured, the location of the auditoriums and amphitheatres, or accessibility to the locations had been a bit of a concern. Though Kuhad will have nothing to really complain about, making this a sustainable model of touring in India might take some getting used to. More importantly, it will also take some time.

Dhruv Singh, his manager and Pagal Haina label head is of the belief that an audience for such shows definitely exists, and even though it might be an uphill task to get people to attend ticketed, seated events, it will pay off sooner rather than later. He says, “this is really a starting point, and to tie it in with the album launch made sense. In 3 years from now, we want to be able to fill out bigger auditoriums and all of us (at Pagal Haina), believe in it. At clubs sometimes, not that they mean to, but some people do get in the way of the music – and we want to eliminate that; at least for some of the shows.” And that’s not a bad belief to be supporting, especially with the growth of musicians in a similar genre, where a good multiple-bill night could pack up smaller spaces such as the ones Kuhad toured in. 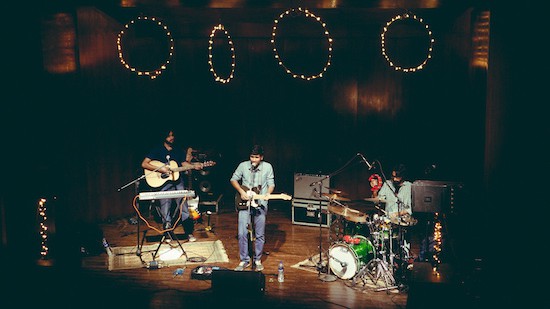 One could almost sense the beauty of why Kuhad’s In Tokens and Charms, or any of his music, would work beautifully in such a setting – reminiscent of a José González sound. The Mumbai show was opened by Meera Shenoy, a young singer-songwriter from Pune who impressed with her haunting vocals, and sparse guitar playing. Kuhad opened his set with the album closer, ‘Artist’ alone on stage, gently picking on his guitar, and using the silence to his advantage in a way I’ve experienced only a few times before. As he ran though his set-list, Kuhad played almost the entirety of his new record, some older Hindi material and also debuted two new songs. The lush sound of Vasudevan’s snare, the warm guitar tones prancing from Kuhad’s guitar, and perfectly timed pauses made the night a memorable one. All of the songs were punctuated, littered and immersed in moments of intensity and confident musicianship. Being his usual awkward self on stage, Kuhad’s persona only added to the aura of the show, glimmering across like the backdrop of rice lights, adding an ominous glow to the stage, and the music alike.

Sensing members of the audience hum along in unison to some of his songs removed any doubt one might have had about whether limiting the numbers and playing the album to smaller numbers would’ve been a good idea in the first place. Kuhad is on an upward slope, and he’s inverting the business model pyramid like you wish they taught you in management class.

Kuhad’s new album In Tokens and Charms can be bought on OkListen here.