You can’t see her face, but the woman wearing fishnet stockings, high heels and a short skirt is tired. She lies on her side in a bed which is a mattress placed on a dirty pool of water. The room she resides in is roofed by stars and its walls made of tall thickets of grass. Paolo Patrizi photographed the faceless woman as part of his ‘Migrant Sex Workers’ series – a poignant, moving and perturbing series about the women of Benin City in the south central part of Nigeria who travelled to Italy to work in the sex trade. The image is displayed with many others, all stark, visceral – singular dots of focus that say more than I can in words about the sub human habitat in which these people live. Nature, character, territory and belonging are all ways to understand ‘Habitat’, the theme for this issue of PIX, a quarterly that has been running since 2012 that functions on the basis of open calls for submissions from both amateur enthusiasts and professional photographers. The issues centre on different themes each time and have delivered some commanding issues that pushed the envelope in their own ways in the past – ‘Pix:Embody’ from December 2013 played with gender norms, ‘Freedom’, 2012, grappled with understanding that indefinable fundamental contained in every consciousness and ‘Trespass’ explored the ideas of imaginary and real borders, and what it means to breach them. 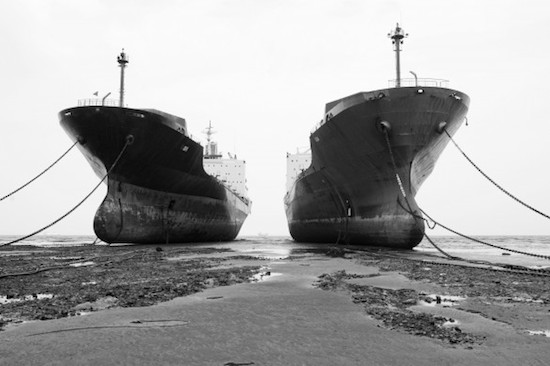 For its 10th anniversary, PIX has included the works of 16 different photographers from around the world, each with their own style of photographic practice who have tried to understand a ‘Habitat’ in which people are grappling to strike a balance with their environment and constantly negotiating their own identities. Needless to say, ‘Habitat’ is one of the most expansive themes yet and each one of the 16 photographers featured have given their own unique interpretation of it. I had the advantage of taking a look at the exhibit and the sheer diversity of art which PIX wants to put out there is astounding. It bridges the binary that normally exists between reportage and art photography to provide every possible perspective of the idea that it circulates around. Move away from the Paolo Patrizi series and you’ll find yourself below the imposing metal carcass of a former giant – the ‘Alang’ series by Delhi based photographer Shovan Gandhi illustrates the intrinsic violence in the presence of massive manmade objects which in this case are the dying ships of Alang, a town in Gujrat that has become a major international centre for ship breaking. The photographs represent a violation of their territory and the rebirth of these barges at the cost of the lives of many unimportant, forgotten men who die in the process. It’s a contrast to its audio accompaniment – soothing, organic sounds of nature that only highlight further the damage that these superstructures do to our environment. 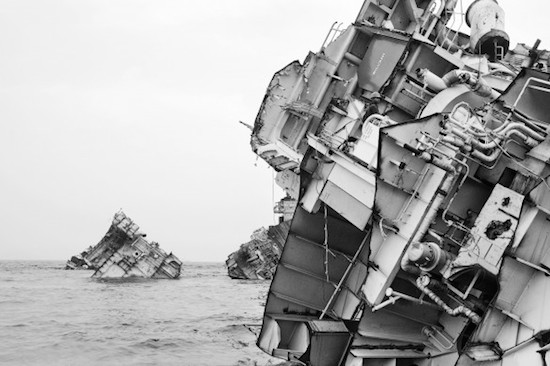 The quarterly also features accompanying texts by authors of multiple disciplines which include art history, visual anthropology, philosophy, culture and technology studies as well as artists, curators, media practitioners, critics and students who provide original material that accompanies the art. The contributors this time are Priya Sarukkai Chabria, Trisha Gupta, Ruchir Joshi, Kaiwan Mehta and Hemant Sareen. The featured photographers are Valentino Bellini, Asmita Parlekar, Alessandro Ciccarelli, Paolo Patrizi: Series, Deepa Kamath, Pargol Einaloo: Series, Amirtharaj Stephen, Anshika Verma, Antonio Martinelli, Devansh Jhaveri, Karthik Subramanyam, Rasel Chowdhury, Shovan Gandhi, Srinivas Kuruganti, Thomas Vanden Driessche and Tuhin Subhra Mondal. The team likes to make its audiences think in an age when, more often than not, thought, opinion and emotion are spoon fed to often complacent receivers of creativity. PIX explores various realms of the photographic arts in unique ways and would be a compelling event to attend for any creative, thinking mind in Delhi. Every single photographer who is a part of PIX has left a distinct imprint apart from the rest, which is partly because of the combined effect that so many global artistic perspectives can have on one topic. 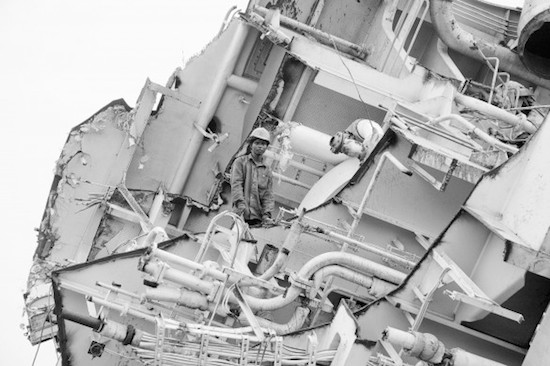 Events like this create a welcome atmosphere in Delhi with artists collaborating and displaying their work under one roof and along a single thread. The exhibition is on until the 16 of May and if you’re in Delhi, it might be a good idea to drop by, check it out and get yourself a copy. The PIX team is Rahaab Allana, Nandita Jaishankar, Tanvi Mishra, Kaushik Ramaswamy. PIX