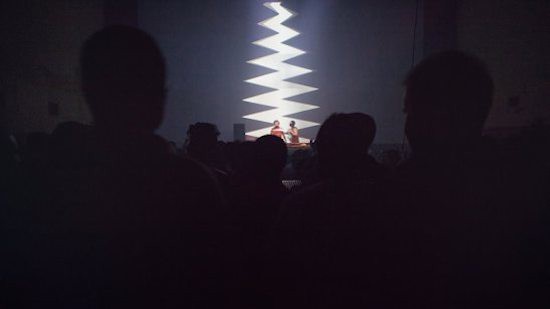 By now, this story has already been told. But let’s tell it again: Over the years, many gatekeepers have turned me away. But intimidation had never really struck until I was straddling the infamous fences of the Berghain. It was early 2007, Marcel Dettmann had just put out MDR 1 (a bat-out-of-hell 12”), sparking a small heatwave across Europe with his cyclonic DJ sets. From its wanna-be-startin’-somethin’ title to Thor-like kickdrum, “Let’s Do It” perfectly encapsulated that spirit (“1 part kick drum,to 1 part earthquake”). It was music that encased raw power like a bomb, held together by a seething cord. Ready to indulge, I slowly crept up to the old powerplant door. Sven (the gatekeeper) stared me down from the darkness, burning a hole through the guts of my soul. I am not entirely sure what he saw, whether it was fear or steel-eyed resolve. I got in. 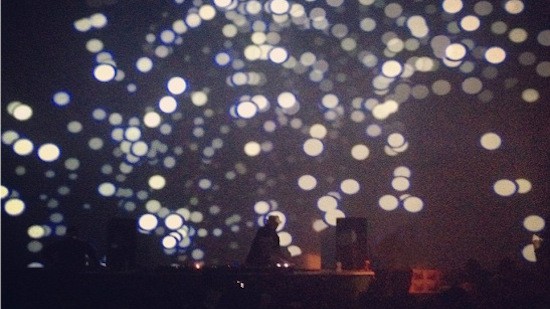 What went down in the cathedral chamber of that amazing space in Berlin, played a part in what happened next (perhaps a story for another day), but I digress. Stepping into the transformed Rio Cinema (an iconic cinema hall in Colombo, now turned into a beast of a club), I couldn’t help but think of the original parable (referenced above). There are countless interpretations to what Kafka meant, but maybe what’s applicable here is the simplest (‘this door was only intended for you’). Maybe the gatekeepers represent all the bullshit we get tangled up in, our drab routines, including music we learn to like, out of casual habit, everyday circumstance — gate-keeping us — preventing us from gaining admission, moving on further. There are better things in life out there, greener pastures, Rio Cinemas. The door is always open, if you want it to be. And the unprecedented turnout at the 3rd rendition of Pettah Interchange seemed to resonate this fact. 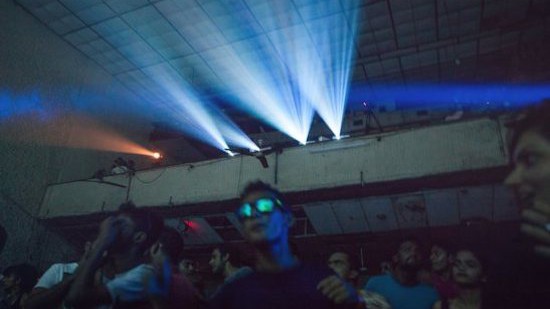 Or not. It didn’t matter: People probably came for many reasons, including the spectacle, the hype, the vibe, the girls, the music, the substance. It all worked. And this time, it felt like everything was tweaked to better ends: The Cinema Stage sound (i.e. the main stage) was loud, crisp and just right. The backdrop visuals (which confounded last year’s event at times), was delivered with more cohesive, minimalistic focus by cutting-edge AV collective Pfadfinderei. Phoenixed out across its wide-screen spectrum, the arena cinematography looked (and felt) majestic during some segments of the night (high ceilings, yo). The open air Hotel Stage offered refuge from what went down at the main stage (mostly the heavy stuff). The floors were greasy, the crowd greasier, and the hot, sullen air across the entrance corridor, the greasiest. Like previous Pettah events, the composition of the crowd felt fitting, a tribute to music being a social equalizer. Used as a recreational area adjacent to the cinema, the abandoned swimming pool and its nocturnal inhabitants depicted a scene from Requiem for a Dream: The Pool Party. 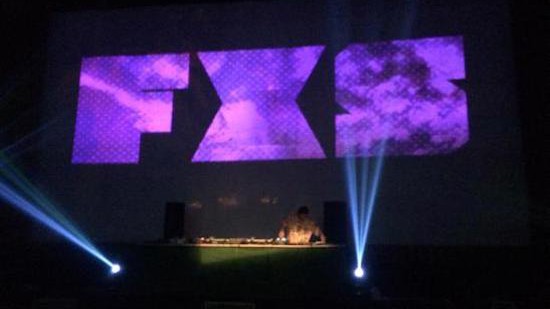 From what I caught*, Om(Mega) and Turmspringer were two of the highlights. Musically, the consistency of the night wavered, but understandably so, with a wide range of artists (hailing from Karachchi to Berlin) accommodated. Yet there were passages which were aurally, visually and viscerally enthralling, like gazing 300 years into an alternate future. At the controls, headliners Turmspringer rode out passages of brooding, ghost-techno that made you feel like the Headless Horseman was coming at you from inside the big stacks. And big stacks they were. Border Movement and Goethe Institute had delivered (again). So did Colombo, the dense mongrel, via the vulturous, rousing setting of Rio Cinema, as dreamt up by Jan Ramesh Schöning-De Saram & co, who also had the balls to realize this vision. Big rooms. Cinematic scope. Good music. History. The Trilogy of Pettah Interchange: The story has now been told.