//ORANGENOISE – A JOURNEY TO THE HEART OF MATTER 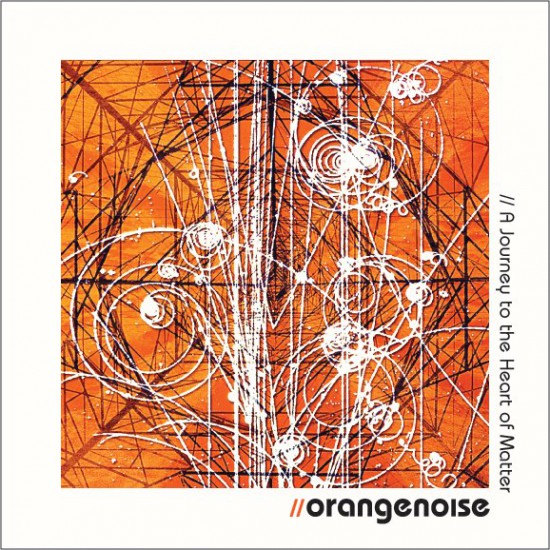 With 2011’s Veracious EP,//orangenoise brought Pakistan’s indie music into a greater public consciousness. Though there were bands and musicians who had been plying their trade before //orangenoise, none of them had coalesced music and ideas as well this four-piece from Karachi. In 2012, //orangenoise brought full circle what they’d started by appearing in an episode of Uth records (a TV programme centred around the idea of giving upcoming musicians time with Gumby, one of Pakistan’s foremost producers). Indie music in Pakistan, with all its electronic and instrumental offshoots, was now firmly in the public consciousness.

A Journey to the Heart of Matter however has //orangenoise stepping patently away from their work on Veracious. This time around there seems to be a greater focus on songwriting than on noise and soundscapes, though that’s not to say that those wonderful ideas have been ignored. Where Veracious was more in love with its psychedelia, A Journey to the Heart of Matter is more enamoured with the structure of the songs themselves and the ability to restrain them. ‘Getaway’ is this process working at its best – sonically the song seems at the precipice of losing itself in a vortex of cacophony, but the song’s structure is consistently present, reigning in every attempt to break away.

The guitars too are cleaner this round – nearly every song has musically traceable elements, with the production ensuring that distinction is possible. ‘Hopeful Creatures’, with its lingering bubbly synth magnificently contrasting the intricate guitar work is a prime example of this cleaner, less chaotic production and writing style. This approach works wonders for the songs as every instrument is immediately discernable, leading to a greater collective whole than a mere mashing of tones and timbres. From the reverberating, brilliant percussion work of ‘Sweet, Sweet’ to the chiming guitars of ‘Children’, //orangenoise have stunningly constructed songs full of instrumentation that can stand on their own, divorced from everything else.

Additionally, as easy as it is to fall into the layby of over-processed vocals when it comes to shoegaze, //orangenoise do remarkably well to avoid that particular trapping. This is ostensibly achieved by mixing vocals creatively, thus ensuring that even when drowned in reverb, the vocals are still distinctive. ‘Clipped’ is a brilliant example, with its lyric “Saturday / Feels so far away” carrying a hook that plays on what every slacker is thinking throughout the week.

One of the standout tracks on the album, ‘Chaser’, has a stunningly consistent wall of sound that is as unnerving and exhilarating a piece of music as one’s likely to hear all year. It’s a striking track that also features the best vocal hook on the album, with Daniyal Hyatt’s cascading crashes providing exactly the right sort of dynamic offset to the guitars. Album closer ‘Not The Same’ happens to be one of the most interesting tracks on the album, as it sees the band treading new territory – not sonically as much as in terms of atmosphere and mood. It’s a song far more sombre and introspective than anything //orangenoise have done so far. Early on the song even flirts with Slowdive-esque dream pop before settling into a familiar groove.

One of the more conspicuous aspects of A Journey to the Heart of Matter is Faizan Riedinger’s synth work. Occupying nearly the same relevance, space and significance as the guitars, the synth plays an apt companion to Talha Asim Wynne’s guitar lines – even though at times it helps hold down the rhythm section chaired by messrs Daniel Panjwaneey and Danial Hyatt. Riedinger’s synth work is one of the reasons why //orangenoise have been able to pull off the trick of having structure yet engaging in complex and wondrous instrumental work.

Where Veracious might’ve at times sounded like a band trying to find their sound amidst a myriad of influences, //orangenoise’s latest effort has them finally eking out a sonic identity completely their own. It’s a remarkable album for many reasons, but as brilliant as it is for its meticulously crafted and finely tuned exposition of sound, A Journey to the Heart of Matter’s impeccable songwriting is what renders it a heartening display from a band that seems to have achieved a ridiculously precocious comfort in its shoes.