These landscapes, these reveries, these flights of fancy. All represent artistic musings either as cover or album art that are putting a ‘face’ to the somewhat camera-shy musicians of the Pakistani electronic music scene, selling albums (hopefully), creating their own mythos and whipping a storm across the Internet.

Album covers, and before them, record jackets, were always the physical intermediary between listener and music, a tactile approach to an auditory notion. They were the musicians at first blush, a sample, a feeling of what was on the inside and while certainly secondary to the music itself, the art had become its own art form, footnotes to a wider narrative. They were the stuff of iconicism; going on in many cases to be that singular image emblematic of a band like the Pink Floyd prism, and despite the onset of the online store, continued to serve their inherent purpose of initiations.

With decades of pop music to its name, Pakistani music and its album covers religiously stuck to the 80s/90s credo of channeled intensity or longing; band members or single/solo musicians deep in thought as to their stylist’s absence that day, photographers aiming for monochrome or just simply ‘mood’. The works were standard fair, given the respect afforded to something perfunctory and one would be hard pressed to cite anything memorable (although pop singer Salim Javed does deserve an honorable mention). 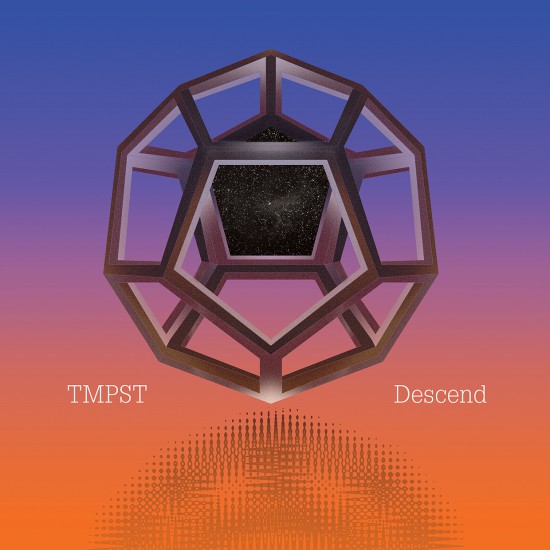 Of course this said something about the state of Pakistani music itself, being stale and one-note, wholly devoted to pop and its affiliates. This was the case of local music well into the last decade until from out of nowhere, electronica artists began to emerge from the country’s largest city, Karachi, a literal bolt from blue.

The acts were the products of individuals with very eclectic backgrounds, some even artists themselves, and it was through this movement, that not only did Pakistani music find its wunderkinds but album art itself saw a renaissance.

With this burgeoning movement only a couple of years old, what spurred it on was its adoption of multimedia, going Radiohead with its releases and complimenting them with music videos, launch parties, recorded live sessions (ala Lussun TV) and of course album art galore. 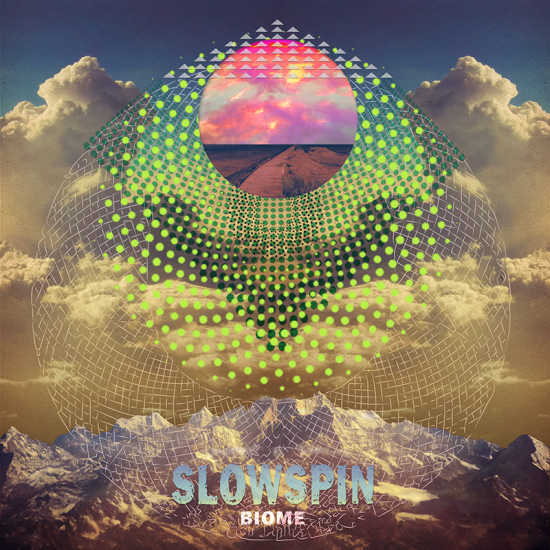 It is perhaps music going online that has so encouraged these accoutrements, allowing for easy access, dissemination and most importantly collaboration.

With Karachi as Pakistan’s de facto electronica HQ, it would only be fitting that the artists for this movement would be natives, readily tapping in to the city’s vibrancy.

Much like the Muses, these artists in residence were female, graduates of the prestigious Indus Valley School of Art and Architecture, and owing to that Karachi penchant for bringing creative people together, eventual collaborators with various artists of the scene.

Perhaps chief among these artists is Samya Arif. As artist du jour her work has adorned the covers of Toll Crane, Slow Spin, TMPST, Alien Panda Jury, Mo Yo, Noahs Heark, Tree House as well as for the collective Forever South, designing their signature logo. Herself, a noted graphic artist, Arif has been involved with the scene from early on, chronicling it one cover at a time.

Her visual account for this movement has been as inspired as the music itself, weaving worlds into canvases, producing singular art that has not only garnered attention for Arif but also for the music. 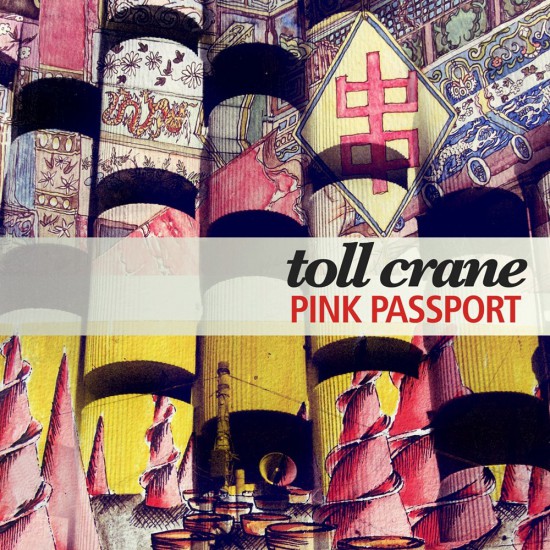 In an interview with Border Movement, the artist spoke about the work she had done so far, citing it as the main source of any “recognition” she had gotten. Of course because of it, Arif has been called upon by indie bands such as Sikander ka Mandar and most recently the Mekal Hassan Band to do covers for them, further cementing her position as the album art maven. Detailing the work she had done for both the electronic and mainstream scene, Arif alluded to an instance where she was asked to work on a local indie-pop singer’s album but this soon fell through, following creative differences. Speaking about this, the artist illustrated what set the electronic scene apart, saying “I feel like a lot of the mainstream musicians, their aim towards making or producing music isn’t always just for the sake of the music – it might also be involving their fascination with success, stardom, popularity or how much money they’re going to make out of it and I feel obviously the album cover that they want to go with reflects that. For these electronic guys, it’s more about the journey of the music, what they want to express so the art sort of goes well with it. They’re interested in how their music would look visually.” 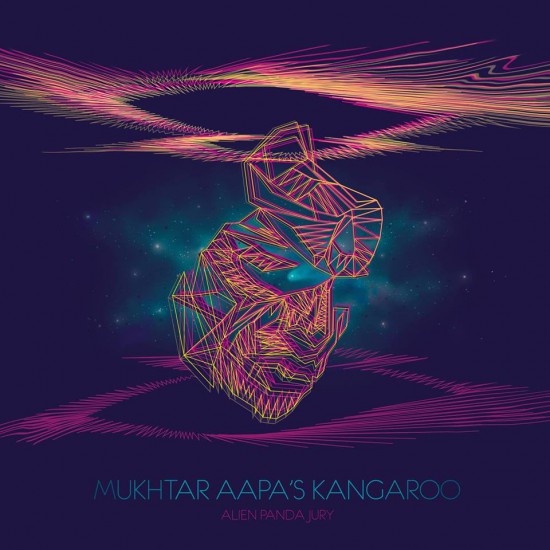 This very aspect, of creative freedom and experimentation, is something that typifies the electronic scene and also distinguishes it, making it such a lure for other artists as both Asma Javeri and Sana Nasir can testify. Confreres of Arif, they have also been involved with the scene, working for Dynoman and Alien Panda Jury respectively and speaking about this Javeri said, “The electronic music scene in Pakistan is definitely an effort which is bringing together various artists and their work, giving one another support and opportunities to express their creativity and grow,” while about album art Nasir credited the scene for it revival, saying, “electronic music has not only revived this art form, it’s given it an identity of its own.”

This ‘identity’ has certainly caused a stir in Pakistan as well as abroad as Arif was featured in an issue of the Fader, highlighted as one of Karachi’s and indeed Pakistan’s rising stars. Work between the musicians and the artists came to ahead as they came together at a gig in the city at the Commune, painting murals and playing music. At the event, the artists, including Arif and Nasir, were ‘cautioned’ to avoid painting anything that would be offensive, but as Arif puts it, “Having limitations forces you to find your own way. You have to fight to make things happen,” and that it seems is the story of her art, the electronic music scene and possibly even Pakistan. 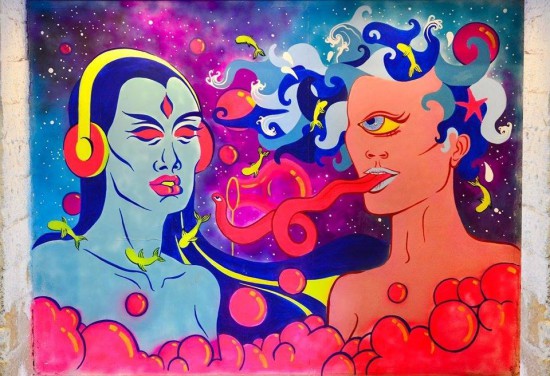 I was going through a really sci-fi phase at the time I made this. The image on the front was inspired by this book by Dali that I was going through. I think it was a sort of a Biblical book that had these fantastical paintings and it had this figure, a dodecahedron and I was listening to his music at the same time and I thought this is perfect, everything made sense.

The basic idea was to introduce the protagonist Cheebay, at the same time not revealing too much about him. Another aspect of the art work was to show Cheebay’s imaginary world Janaicah from a distance; as something that he sees and would soon be engulfed in. Dynoman had a vivid idea of what Janaicah looks like in his head: a huge futuristic sort of beach that over look an island with lots of trees and vegetation.

I wanted to bring across the feeling of electronic music and glitches of technology in the style I incorporated as well as the build up of the music that seemed like light slowly revealing the scenery from darkness. The beginning of something. The face I illustrated represents a moment suspended in time and space because that’s what music allows us to; visit that same moment again and again and grow from it. The face is Daniel’s (Daniel Arthur Panjwaneey aka Alien Panda Jury) and I chose it from one of his performances.