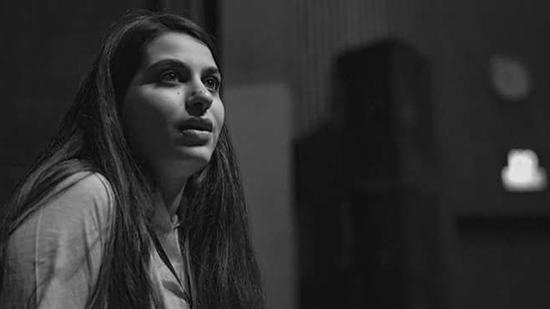 I don’t know if someone in their 30s should begrudge Natasha Noorani for having done so much, well, before her 30s, but looking at her makes you pause and wonder how you spent your 20s.

Natasha’s age became apparent when Facebook issued a reminder but left me wondering whether I could get away with a mere ‘Happy Birthday’ while others would be delivering a ‘Happy _ _(insert digits.)’

To avoid a faux pas, I opted for an inbox message and it was in this is the conversation that her years and the many things she’s done over them were quickly put into perspective:

But then I’m like I have 4 years to do something cool enough for Forbes 30 under 30 and that’s some real pressure.

So what were we doing in our 20s? Cause in her early 20s, right out of university, Natasha was organizing Lahore Music Meet, a 2-day festival in the heart of Punjab that she and partner Zahra Paracha founded.

This yearly event has become the indie music festival in Pakistan, which, as Natasha quips, has predicted the winner of Pepsi Battle of the Bands (a popular TV show) “two years in a row” (both Kashmir and Bayan played first at LMM). LMM has a knack for discovering or at least showcasing the next best thing – Abdullah Siddiqi took to its stage for the first time back in 2016.

You’d expect maybe a lesser person to rest on their laurels but Natasha is not quite done with her 20s. For her, music is three dimensional, each facet gradually being exposed as we all wonder what she’ll do next. Summer 2018 alone revealed more of Natasha to the world – her longstanding partnership with Zahra saw the release of their band, Biryani Brothers’ first music video following that up with her own solo album just in time to board a flight bound for SOAS where she is currently doing her postgraduate studies in music, which is where this interview was conducted.

So, we ask, what compels her to be so enterprising?

“The last couple of years have just been me making up for being bad at school.”

Interviewing Natasha, her voice out of a speaker, you immediately realise, it is one that could do just as well in an infomercial as it would a song (no wonder she did the voice over for Coke Studio promos where she also happened to be General Manager) and it’s this voice that started her on this path. 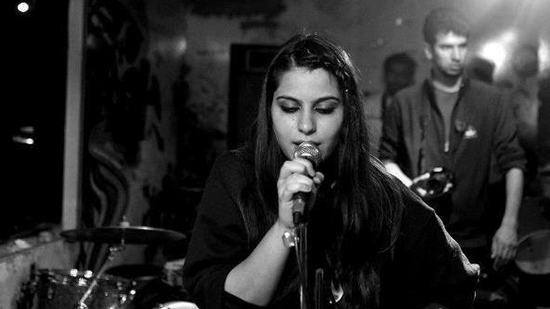 The story starts at 14 where Natasha, “obsessed with local music” could be found playing in a high school band, organising gigs at her school, and even “conning” the principal into opening for Noori. These interests took root in LUMS where she met Zahra (“musician buddies before business partners”).

Historically a city of the arts, Lahore has always been central to Pakistan’s cultural traditions with festivals like Basant becoming city-wide celebrations. Of course, fraught times in the mid-2000s meant that most of these festivals and concerts dried up – “bilkul khatam hogayee thi” (they had just vanished) as Natasha puts it but still not completely barren for in the distance, an undergraduate degree was being awarded and Noorani was fresh out of college with music on her mind.

Of course this music could’ve taken form as actual music but that was to be realised later, first she had to put on a show.

“Honestly, we didn’t realize what we were getting into. We thought we were unstoppable. If we had known what it would entail, and I think Zahra said this, we would’ve taken a whole other year to do it. But, we just went ahead. Even now, we ask this every year – Why do it?  Zaroori hai (it’s necessary). I know that’s not a really fantastic reason but hona hai (it has to happen).”

Natasha’s not sure whether it’s resilience or bravado that gets her and her team through every festival (now in its third year) what with constant struggles with sponsors and security issues (“twice we had bomb blasts a week before the events) but it’s that same pluck that informs Natasha the musician and Natasha the musicologist.

‘Munaasib’, a 5 track album in English is where we see all that music turn into expression. It was, by her own admittance, “very self indulgent” but while most of Natasha’s ventures have been for others, ‘Munaasib’ is all her. While she has been performing since her teens it was not until she was asked to play in Nepal at Sine Valley Festival last year that she was spurred into action, proverbially “propelling me to get my shit together”.

“I really enjoy performing; I prefer the stage to the studio. I admit it’s not a very approachable album but this project was for me.”

So have people taken to it?

“Well, I have made $4 haha. But I do want to keep doing this as a serious thing and not a side project. I think I’m at a stage where I want to figure out my next sound but I don’t want to be rash.” 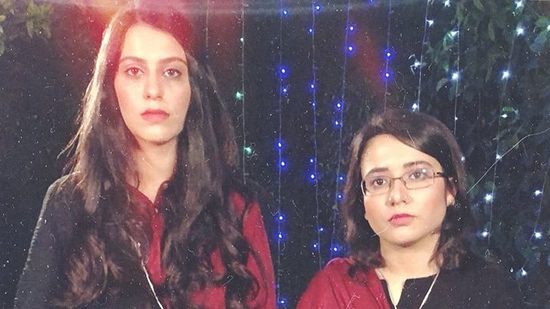 Of course her next sound may just have to be in a years time for during the interview it was mentioned that the library beckoned, that there was an academic in the making.

This of course begs the question, why academia?

“Haha I know it’s the question on everyone’s mind, they asked me this in an interview I just did. I’ve always been interested in researching music; I did that in LUMS as well. There’s been a lot of research on traditional forms of music but not a lot since ‘47 – the consequences of Partition and so on. No one’s really covered the evolution of say regional music in Pakistan. You have the Siidi community in Sindh who have very distinct music but no one knows about it. Growing up I knew more about British and American pop stars than I did about my own. There just wasn’t enough research or exposure. And while it may not interest everyone it should still be there. “

Music may be Natasha’s life but she’s the one really making it live, whether as a festival, a song or a postgraduate thesis.