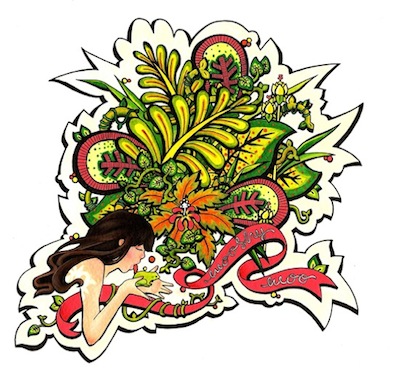 With an unassuming website – that has five zip files, alongside an uncompromising piece of fantastical art – there’s not much that Mooshy Moo seems to give away. It’s a treasure trove, hidden away within the recesses of the internet. Despite its inconspicuousness though, Mooshy Moo actually goes back a fairly long way.

In 2007, when most of Pakistan was still imbibing the ubiquitous, inoffensive pop meanderings of messrs Jal and Atif Aslam, there wasn’t much in the way of independent music floating around. Even though the country was inundated with the idea of music and of musicians, there was a depressing dearth of experimental music – whether in indie or electronic circles. Musicians, both young and old, seemed content with contemporary structures and sounds, looking to get their mugs on a TV screen and ape their heroes than making music that might be deemed challenging.

In a country where the concept of record labels doesn’t exist, and the ‘idea’ of music extended only to what made it through to television channels, starting an independent net label represented a brave – if not odd – decision. Founded by Sheryar Hyatt and artist Reem Khurshid, the impetus behind Mooshy Moo was fairly straightforward, as Sheryar nonchalantly states, “We just wanted to put out music and artwork for free, which is still more or less the agenda.” At a point in time when everyone was striving to make music for decidedly non-music related reasons, it is telling that Sheryar and Reem sought to avoid business models altogether, ensuring instead that the music they put out was available to anyone interested enough in seeking the label out. It’s an ideology that ends up touching everything Mooshy Moo is about and everything it’s ever been involved in. 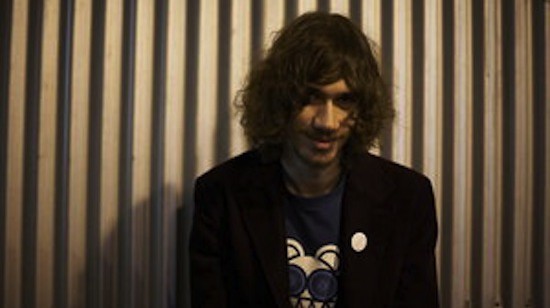 Whether or not there was space for an independent net label wasn’t a question up for discussion either. There wasn’t much electronic music in Pakistan circa ’06, especially music that catered to an audience that sought more than just four-on-the-floor house orthodoxy. Much of early electronic music in Pakistan was either cloying synth pop or Eurotrash leaning house and techno. When Mooshy Moo started, Sheryar states, “There was no ‘indie scene’ in 2006-7, besides a few bands playing verse chorus verse traditional guitar band stuff and cover songs and even the thought of someone making music on a laptop was weird. Having a laptop on stage was weird.”

It’s a strange failing of contemporary Pakistani music that it seems to either anchor itself with certain musical trends and not grow out of them, and simultaneously ignore all music (local or otherwise) that seeks to move beyond those very trends. New music is often deemed suspect, if not outright derided. Much of Pakistani radio too doesn’t dabble in experimental, genre-defying (or defining) music, leaving a majority of listeners without a direct route to groundbreaking scenes around the world. It’s all tied to a general lack of experimentation that ultimately permeates Pakistani music, despite a rapidly growing independent scene and mainstream shows like Coke Studio, which seek to blend modern day rock and pop with indigenous folk music.

When talking about how Mooshy Moo’s first release was by his Dalt Wisney project, Sheryar highlights this very impoverished tendency. “I didn’t know anyone else making electronic music at the time. Actually, I didn’t know anyone in real life making slightly outlandish electronic music on a laptop/computer till I got into the RBMA. I knew one guy who was tinkering with 128 BPM house beats on some Roland groovebox but I got a little nervous when he told me he only worked in that BPM range and we had polar opposite tastes in music.” He goes on to add, “I’d rather have had someone else be on the first release, but I didn’t know anyone at the time that embodied the weird aesthetic we had in mind for Mooshy Moo.”

If Dalt Wisney’s Lifetime Psychedelic Dance Lessons wasn’t out there enough, the follow up release, Mole’s We’re Always Home, certainly helped establish the label’s idiosyncratic ideology. Moreover, what’s enthralling is the very organic manner that these releases were set about. As Daniyal Hyatt of Mole explains, “When it came to Mooshy Moo and releasing the music, when Shady [Sheryar Hyatt] mentioned it, it seemed like the most obvious thing to happen. It pushed us to fix little things here and there and finally, master it.”

Often labels are set up by artists themselves to either proffer up a specific sonic vision of music, or when there’s nothing else around. With that specific weird aesthetic firmly in place, there’s a certain grounding that Sheryar asserts, as he argues, “There’s never really been a plan to expand the roster or to have a certain number of releases every year. I’ve seen the electronic ‘scene’ grow over the last couple of years which is exciting but it’s made me a little wary of signing the same kind of sound over and over just to have more artists on the label.”

That doesn’t mean that Mooshy Moo exists in a vacuum however, or that new music isn’t forthcoming. Nakama, for example, is another project of Sheryar’s that might see a release soon. To elaborate, Sheryar states, “Nakama is essentially music I made going through a rough patch and then shelved for a couple of years. I was in Karachi last month and my brother (Danial from Mole) made me hear some of it on the first morning I was there and I made up my mind to put it out. It’s weird music.”

To some extent, Mooshy Moo is like most independent labels in that a single person is at the helm trying organize everything. That singular purpose though is often a by-product of a labour of love, and Sheryar typifies that. For him, running the label is, “very, very personal. I can’t imagine it any other way.” Conversely though, Mooshy Moo eschews the spam heavy PR runs that labels employ. “It might be nice to have someone constantly barraging people with posts and tweets and the like about what’s happening with the label. I’m not good at that. But then again I’m not very fond of labels and artists who wake up and decide to pimp themselves on my twitfacetumblrbook newsfeed every morning!”

It’s also a relevant exposition on Sheryar’s views on how labels should operate, or rather how he sees Mooshy Moo as continuing to operate. In a world awash with blogs, webzines and PR machines running amok on Twitter and Facebook, there’s something to be said about someone who views labels as, “nothing more than a gallery in which art is displayed.” That idea of running a label as a curator rather than a businessman, or someone interested in the greater perceptions of the politics of a ‘scene’, is admirable. For Sheryar it seems to come from a relatively natural place as well, as he points out, “some of my favourite labels have the best curators at the very top. They have good ears and put out good art.”

This undiluted approach to music is echoed by Daniyal, who claimed that, “You just have to choose good music and that’s something I’ll always trust Shady with completely. I think Mooshy’s about the sounds, the releases. It’s about the EPs and the albums in their entirety; not the artists, their popularity or even the guy ‘Running Things.’” 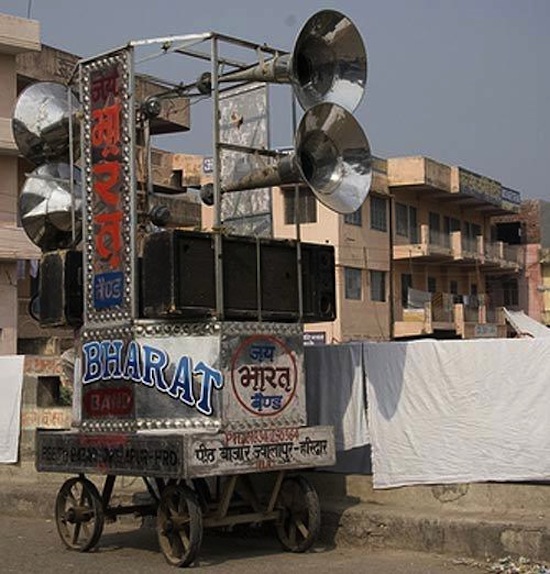 All of Mooshy Moo’s five releases so far have been complete experiences – the visual attached nearly as much significance and purpose as the aural. The distinct identity that Sheryar refers to is present throughout every single one of the releases, even though the sonic product is considerably varied. For Daniyal, it’s an achievement worth cooing about; “I think everything that’s ever come out on Mooshy Moo has been a solid, completed work of art. I love the collection we’ve got up there. I’d love to see/hear more of it, and add more to it. The EPs all seem to be very self-contained, different from each other and specific.”

Mooshy Moo’s and its artists’ influence on independent Pakistani music would be easy to understate, particularly as it has never been overt. As Daniyal recalls, “in 2007, Shady [Sheryar Hyatt] was back from the RBMA and gave us folders of music and shared his software and some tips here and there. I had just grown out of being angry and grunged out, and wanted to know more about synthesizers and soundscapes so I paid very close attention. We were really into Radiohead. It took everyone a while to switch over. Faizan [Riedinger] hated electronic music initially. We all started discovering new stuff; music and ways to make it, sharing this info along the way. It was like a big support group and we made hours and hours of music together including We’re Always Home and two more albums we never put out. It was a hyper-charged time for all of us. The beginning of something really new and exciting. We were all working together but everyone was learning to do their own thing too.”

In tapping that very exigent period of prodigious creativity, Sheryar was able to induce some semblance of a structure to independent music in Pakistan. Even though it took a good three to four years for electronic music in Pakistan to match up to Sheryar’s vision, its debt cannot be undermined. The quietness of Mooshy Moo’s presence can be a bit beguiling at times, but it’s hard to question an aesthetic that works as profoundly as Sheryar’s does.

Though more releases are lined up, it’s safe to assume that Mooshy Moo is going to keep operating the way it does – the way it always has. With Smax’s exquisite Tribe EP recently released on the label, Sheryar’s shown his commitment to new, inimitable music. Consequently, Mooshy Moo’s status as a label of curation rather than an aggregator of releases is not only maintained, but also goes on to push Pakistani musicians towards sounds and ideas that challenge the boundaries of music as we know it – and I feel Sheryar Hyatt wouldn’t have it any other way.

This website stores some user agent data. These data are used to provide a more personalized experience and to track your whereabouts around our website in compliance with the European General Data Protection Regulation. If you decide to opt-out of any future tracking, a cookie will be set up in your browser to remember this choice for one year. I Agree, Deny
552