Kashmir, Blood, and The Cypher:

MC Kash And The Immediacy Of Authenticity 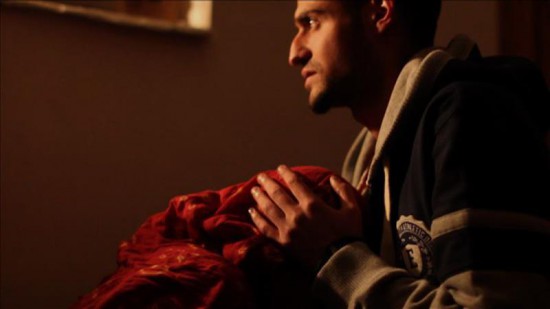 Authenticity in music is rare. I absorb music as the arrogant among us absorb themselves, though subject to an inbuilt figurative moisture barrier. That which is insincere remains away from me to evaporate, as far away from me as possible, left to pollute our collective environment. Conversely, that which is sincere never leaves me. I am admittedly mercenary with my musical tastes. But I cannot internalize that which is clearly forged to serve the lowest common denominator. I am the music snob archetype, and I revel in this shamelessly.

I state this as a context to present why the music of Roushan Illahi, AKA MC Kash, has affected me in the way that it did, and has. Here is a young man who seems almost alien in how real his chosen narrative goes down. I first heard his music in November 2011 with my snob radar on overdrive and my glass on bottomless mode, thinking to myself that the production was weak and his flow stunted. That is, until I started to disengage from my inebriated state and pay more attention to what I was hearing, which on further analysis stopped time, drawing me in helplessly. I was commanded to reassess the musical aspect of what I was hearing in light of a remarkable verbal narrative. I had never heard anything like this coming out of India, let alone Kashmir. Roushan was using hip-hop as a means to eloquently voice his frustrations of living in an occupied territory, referring to martyrs, the Qur’an, and historical events; tools that other rappers may use to pepper their delivery with references to pop iconography. It made other rappers seem childish and ephemeral in comparison. 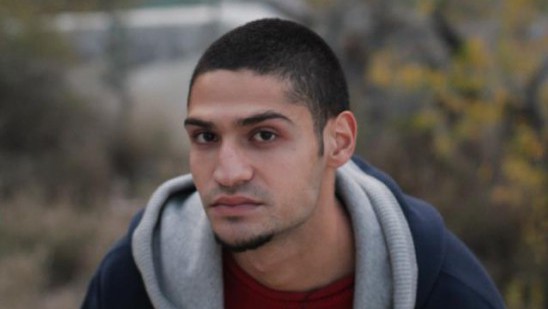 I went home, and resolved to myself that I had to meet Roushan. Within two days, I sent and then received an email from his “manager” Shayan, responding to my proposal that I come to meet him in the context of documenting him and his story, and within a week I found myself in Srinagar at a café about to meet him. For the next three days, we hung out, discovering a mutual love of hip-hop that served to forge a sort of bond between us. Personally, I discovered hip-hop in 1989 when living in rural Canada and suddenly having access to cable television, something I never grew up with. Two forms of music soon changed the way I appreciated sound and its meaning; punk and hip-hop. Both seemed utterly authentic, and both made me react in ways I never had done before. If the rush of late 70s punk served to forge a battlefield for prepubescent confusion, the urgency of late 80s east coast hip-hop presented a catalyst for something entirely new; an arena to nod my head to relentless programming coupled with an astonishingly creative use of cadence to complement this reaction. I was hooked.

Roushan on the other hand grew to love hip-hop in a slightly different manner. If I was drawn initially to production, he was drawn to the poetry, and if the onset of 24 channels of television in pastoral Nova Scotia was my access point, his was the widespread availability of broadband in the valley. For Roushan, rappers like Tupac presented nothing short of a revelation is how the form could be used to voice concerns about communities and their shared frustrations. We were both seduced by sincerity, but while I was (and am) drawn to turntablism, samples, and 808 snaps, Roushan was all about the lyrics. I am a filmmaker by profession, and so the natural form of documentation for me was to roll camera. Yet, I did not wish to merely interview him. To do so would not truly allow for the environment in which he exists within to truly be assessed by him, and him alone, which was what I wanted to achieve.

The only way to accurately incorporate the inbuilt bias of positionality that plagues most attempts at reportage was to allow him authorial agency. I wanted him to interview others. And not merely “others”, but those who have been directly affected by the occupation: mothers and wives of the disappeared, grave diggers, former militants. He was apprehensive about this initially, as he takes his work seriously and demands to be taken seriously. So while he was initially unsure as to whether or not he would be able to convincingly take on the role of an interviewer, he did respond to an assertion I presented. If he did not engage directly with the characters whose stories he narrates, would that not lead to a potentially uncomfortable self assessment of his own authenticity as a storyteller? The “A” word won, as it always does. 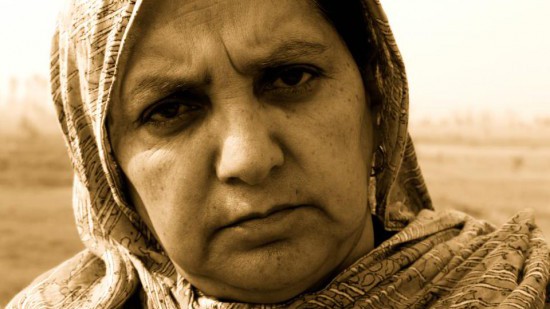 Over the course of those two weeks and the many interviews he conducted, he was rendered upset, confused, and moved – often all at once – and forced to come to grips with stories that more than often disturbed him profoundly. Stories of torture, of kidnappings, of unimaginable loss, and of a profound frustration with an Indian state apparatus that now had a newfound context to “rebel” against. His being banned to record in Srinagar studios is one catalyst for this frustration, but to hear first hand how brutal the regime is – though he himself has of course lost dear friends – lent his frustration a new level of clarity. What emerged out of this was one song titled ‘Take It In Blood’, which detailed his experience in spending time with the other primary character of the film that I directed, activist Parvina Ahangar. Losing her son and her twenty years of unwavering faith in finding him provided a canvas on which to paint a lyrical picture.

On our second to last day together, I played this song to Parvina. In one of the most difficult moments I have experienced to date as a filmmaker, I continued to roll camera during a very intimate moment; first, Parveena’s shattered reaction to his work, and second, their interaction after listening to the song. Roushan could not bear to be in the room at first, but on her wish, he came. That moment served to bond them in a way that only music can. I am not exaggerating when I state that the two of them woke up the next day with a newfound appreciation of one another. Recording that moment was my job, but it was the music that formed the workspace. I am perhaps biased myself in writing about this now, as I, in a sense, curated the moment. But I cannot deny or curate reactions.

Roushan is now 22. While there may be elements of an adopted narrative he has borrowed from artists like Immortal Technique – a favorite of his – one cannot convincingly suggest that his adoption dilutes the strength of his narrative. The sincerity of his voice is nearly impossible to question, as his legions of fans in Kashmir attests to, and hopefully as the film referenced below can offer an insight towards. There is a movement happening now in Kashmir; other rappers have been inspired by Roushan to also use the medium to voice their frustrations. It would be unwise to ignore this, or attribute it to a trend alone. Hip-hop has found a fertile ground to take root in Kashmir, and if the profound frustration of being subject to over five hundred years of the geopolitical power struggles of the former and current nation states that surround Kashmir is any indication, this story is just beginning. And this cypher is an authentic as it gets.

Words and Photos by Rana Ghose

5 responses to “Kashmir, Blood, and The Cypher:”