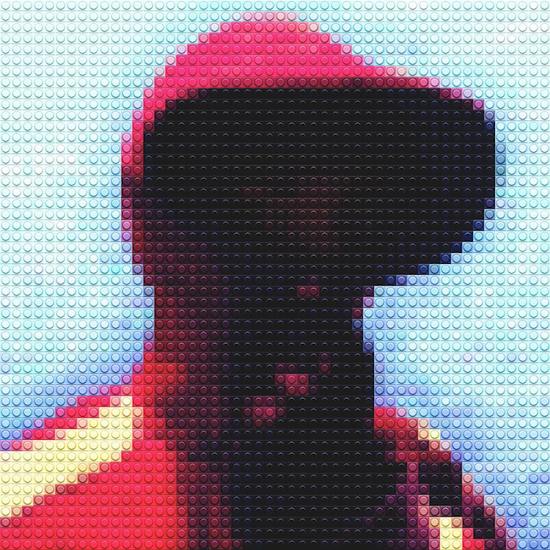 It’s usually not that hard to pin an artist’s sound down anymore, mostly because with the Internet and piracy, anyone anywhere can be influenced by anyone anywhere – it’s not outrageous to listen to a producer from Nepal churn out off-kilter, off-time beats a la Flying Lotus, or even find an upstart beatsmith nick and steal from some other upstart beatsmith. There’s confluence and congruence everywhere, and it’s fairly easy to pin down sounds and scenes and inspiration.

Occasionally, however, someone throws a spanner into the mix, and all you’re left with is a stumbling description of their music that’s inadequate not just in terms of describing the moods and emotions prevalent, but inadequate in terms of describing the objectivity (and this is a leap of faith here) of the music itself. With Tollcrane, for example, German etymology and nomenclature all of a sudden make sense: technoacidmaximalelectrogrimejazz.

And I’ve still left out half a dozen descriptors.

The man behind Tollcrane, Talha Asim Wynne, also happens to be the guitarist for //orangenoise, a Pakistani shoegaze band that has been at the forefront of a mini musical revolution within the country. He’s adept at handling quite a few instruments, and as Tollcrane, has shown himself to be equally adept at navigating treacherous genre waters. With nearly a half dozen releases under his Tollcrane moniker over at Bandcamp, Talha has established himself as one of South Asia’s more prominent, and prolific, producers, with a sound that is not only incredibly unique but also constantly shifting its shape, slinking in and around genres and moods, structures and ideas. His music as Tollcrane is incredibly visceral, at times almost overwhelming, yet there’s an ingenuity to it as his maximalist approach is built not from overpowering you with a billion different sounds or synth presets, but to instead take a few sounds and have them never really settle, ensuring that even when the music is in constant flux, it’s never overburdening. 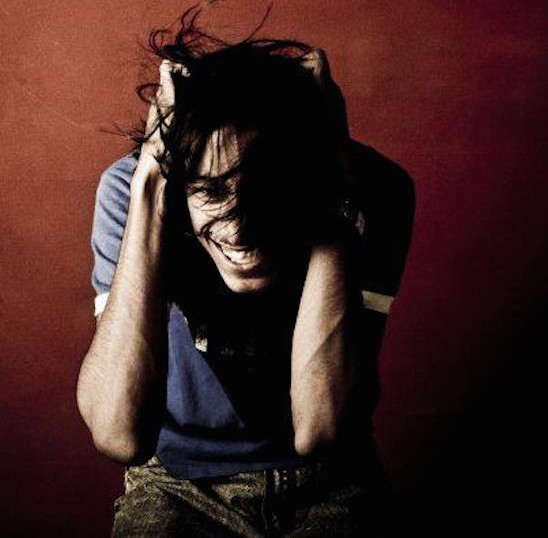 I got in touch with Talha to chat about his Tollcrane identity a few days after he was contacted by the Red Bull Music Academy and told that he’d be a part of this year’s cycle.

You’re part of //orangenoise, a shoegaze band – how did the decision to create music as Tollcrane come about?

I had been toying with the idea of making electronic/computer music since we started producing stuff for //orangenoise. I remember it was that one day after recording a particular jam that I thought to myself, I really need to make some dance music of my own. I guess that started it all.

Why dance music? Your earlier stuff as Tollcrane had more jazz affectations (though your music to this day still has influences of that nature) but you’ve seemingly found an identity now that’s rooted in techno. Was this a natural route for you, and if so, why exactly?

I listen to all kinds of dance music but the techno sound always appealed to me with its blank nature, using textures and atmosphere to guide the track, and it also allows more room for noisy or offset elements. It was kind of a natural selection for myself as I try to not embellish my tracks with unnecessary sounds or ideas. I’ve always had an inclination to stay close to the ‘roots’ or essentials with my creative work, be it design work or music.

Your music is very ‘maximal’, in the sense that it’s a maelstrom of music and melodies, rather than minimal. Was there a conscious decision to make music like that?

Initially my approach was very minimal with respect to selection of sounds and methods. I had always been into big sounds and saturated music so eventually my methods converged to the kind of sounds I’m making now.

With regards to a saturated sound, how do you balance using a throw-the-kitchen-sink approach musically? With so many things going on, do you ever feel that certain ideas might get lost?

It’s almost never a throw everything into the mix approach for me. Everything is there because I put it there. Most of my early days producing, my laptop couldn’t take more than 3 – 4 layers in Ableton Live. I was stuck with 3 functional layers and one effects layer if I’m lucky and almost no VSTs ever. I was always confined by these limitations my computer put forth and it fashioned my methods to be more in control of what I want in a mix. I do love over saturating sounds making them more complex because you never know what a particular set of ears might take home with them that day. I feel that this chaotic nature of music allows it to be organic and possibly allows for new discoveries every time you listen to the same track.

There’s also an element of starkness in your music – it’s very rough around the edges, certain times almost lo-fi but rarely ‘earthy’. Is that a conscious undertaking, to not ensure everything sounds like it was, to use a terrible term, “professionally produced”?

Yeah a lot of music that I like to listen to has a ‘home-made’ feel to it, that idea carried on into my production when I started making electronic music and became part of the Tollcrane sound. I find overly produced music lacking in character and feels a bit generic to my ears at least. There is some conscious effort involved when I’m making a track to not clean it up, but that is not always the case, sometimes it just HAS to be smashed up. (All you Need from The Last Days of Lo-Fi – )

Are you looking to bring hardware into your music? For example rhythms machines like the TR8 or a Korg Volca? Maybe a hardware synth? Is that something you’re actively working towards or are you perfectly happy with things at the moment?

I can’t wait to get my hands on some hardware. I’ve been stalking the TR-8 for so long, wouldn’t mind a set of Volcas even. I’ve spent enough mouse+keyboard time and I really feel the need to get my hands on some hardware, anything with knobs and faders would do. I recently borrowed a Traktor Kontrol X1 with which I started DJing and that was a pretty neat experience, anything hands on with music automatically starts working for you, that’s a no-brainer there.

You’ve mentioned that you’re an instrumentalist – do you feel making electronic music is considerably different from how you would make shoegaze, e.g. with //orangenoise? Does it require a completely different approach/thought process?

For me the computer is just another instrument. I’ve never been hesitant to get my hands on an unfamiliar instrument. The approach will probably always be the same for me regardless of what medium I choose to express myself with. It’s basically a switch between producer mode and player mode and knowing how to maintain equilibrium in all states.

Your music has a strong link to Karachi, even if it’s not in terms of found sound or something similar. Do you feel you’d be able to make similar music, thematically, if you were living in another city?

Yes, I moved to Lahore last year for a year and that didn’t stop me from making music. I carried the Karachi aesthetic with me and kind of married it with the laid-back atmosphere Lahore provided me with. I’m highly motivated by my surroundings and everyday life, so I don’t think moving to another city would ever be a hindrance, it would only be a complimentary addition to my sound.

What went through your mind when you realized you were going to be part of RBMA 2014?

Disbelief at first, then a wave of excitement, because HEY, how often do you get to go to Japan and that too for a whole 2 weeks filled with music. 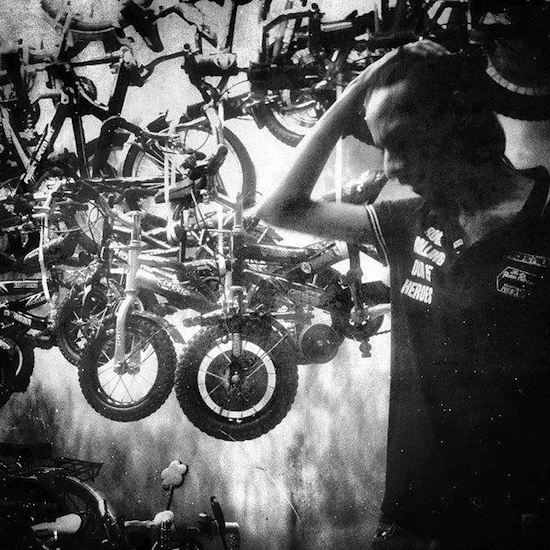 Are there any producers/musicians you’re looking forward to working with/learning from?

There’s a lot of like-minded people in the batch, I heard a lot of noise, experimental and techno influences so I guess I shouldn’t make up my mind right now and just see what they all have to offer when I go to Tokyo. I’m really looking forward to the lectures and learning from the whole experience.

You’re part of Forever South, a collective of electronic musicians from Karachi. Do you feel FXS has an intrinsic relationship with the city?

I guess so, mainly because a bunch of us Karachi producers started this thing and we played shows around town in our early days. I’d say the ‘south’ in Forever South could also be a hint at the coastal city.

Are there particular inspirations of yours when it comes to making electronic music? Artists? Sounds? Albums?

I draw inspiration from discordant, lush, saturated and atonal sounds, be it a manic Stravinsky crescendo or a whacked out breakdown in a Zappa song. If it’s weird I dig it.

Is there any piece of music you use as a benchmark?

Different tracks for different things. A benchmark in my case would be only a reference point for mixing and mastering a track. So it could even be a well produced piece of crap music but it would serve its purpose as a benchmark track. Also, my standards are in a state of constant fluctuation so a benchmark wouldn’t stick around for too long.