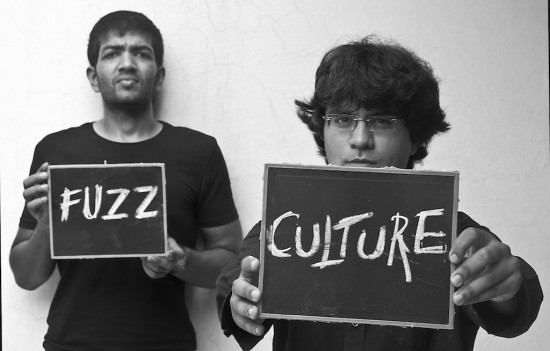 Delhi based alternative act FuzzCulture recently released their debut EP, “Indulge.Divulge”. Just about a year old in this avatar, the duo of Arsh Sharma and Srijan Mahajan have forged an identity by fusing their rock and metal roots with electronic music. In this conversation, they talk about their influences, taking the electronic music route and the experience of playing and experimenting with new sounds.

FuzzCulture has been around for a relatively short period of time. How has the experience been till now?

Srijan: FuzzCulture has been around for almost two and a half years from the time we initially started conceptualising. The most important thing for me during this period was the process of shedding all inhibitions with our sound. To do exactly what we wanted, how we wanted, regardless of whether it was fitting into anything.

Arsh: The experience has been interesting. In a way, FuzzCulture has been a chronicle of our production learning curve over the last three or so years together. Vis-a-vis gigs, it has been a great ride. Over the past year, we’ve played to different audiences and received varied responses from members of the music fraternity.

Both of you have played, and continue to be part of very successful rock bands. How would you compare the experiences?

Arsh: For me, FuzzCulture was an extension of what we already do at The Circus. Just inverting the philosophy. With The Circus, we add a lot of electronics and experimentation to songs after the desired sonic identity from our instruments has been achieved. At FuzzCulture, the songs are studio productions first and we figure how to take them live later. The difference lies in the approach both the bands take: FuzzCulture is very rhythm and groove based, while The Circus is a little loose and flowy. 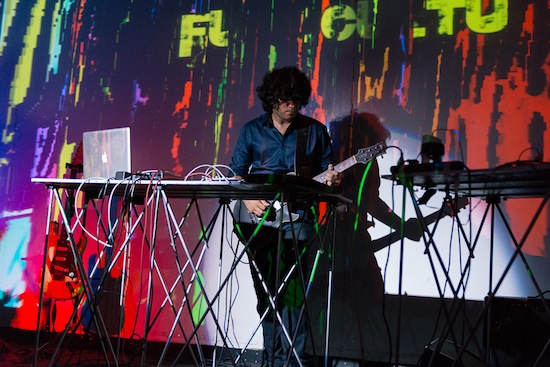 The Blue Frog Delhi album launch party was opened by Curtain Blue, which is a side project of the remaining members of The Circus. Is The Circus taking a break to explore other projects?

Arsh: The Circus is not taking a break to focus on other projects. Everyone in the band is well versed with computers and production, and has individually been making music on computers for well over the last six years. It’s only now that some of these projects are coming to fruition, so it is more a matter of timing. Curtain Blue is a bunch of Abhishek’s songs which he has been writing for a while and is taking live now. At The Circus, we’ve already begun writing our third album. Currently, we are mixing and mastering a full live concert which we plan to release soon. Plus, we plan to play as many live gigs as possible in the near future.

Initial impressions when you released the first couple of singles were of an industrial, somewhat metal, heavy sound. The heaviness in the sound is still there, but the sound has incorporated heavy drops.

Arsh: Industrial “metal” would be a little too far out, but definitely industrial. We love sounds which are as big as they can be. The outcome is sounds which are pushed far to the front. This is one reason why a lot of the music sounds upfront and aggressive. On the music sounding bass heavy, a lot of the bass parts are in fact guitar riffs or drum grooves translated via a synth trying to sound as nasty as they can. Writing rock is in our fabric, and is something that will always be a part of the aesthetic of our sound.

Srijan: I really don’t know what genre FuzzCulture is. All I can say is that we like our sounds to be big, heavy and powerful.

Your thoughts on dubstep, and any reasons why you feel metal might have developed an affinity for something like it?

Arsh: I used to like dubstep a lot. As someone rooted in rock, it sounded a lot like metal. This made my early electronic music listening experiences to include a lot of dubstep, D&B and jungle. Right now, my music listening sensibilities are a lot more varied. Noisia, Burial, Fever Ray, Four Tet, Mount Kimbie, How to Destroy Angels, Nine Inch Nails, Eskmo , Two Fingers – these have become essential to my listening experience in addition to what I heard earlier.

Srijan: I like some of the dubstep from whatever I’ve heard. Undoubtedly, it is very groovy, but it tends to bore me after a while. I do think, though that dubstep is a lot like metal.

How does FuzzCulture complement your involvement with the other bands which you are a part of?

Arsh: What I learned while producing songs for FuzzCulture has been applied in our music making with The Circus. With the opening of production possibilities, there’s a lot of experimentation happening in The Circus camp as well. So I would say that being a part of FuzzCulture has opened up my mental palette to see what more I can do with the Circus.

Where do you derive influence and inspiration for the sound of FuzzCulture?

Arsh: The songs we write originate from a very basic stem, which can be from anywhere. It might be a riff in someone’s head, a vocal line, a drum groove, a sound design sample we’ve been working on. We try not to let the music we listen to, or the scene around us to influence us too much. So the basics of the song originate in a very free and open minded space. After that comes the detailing, which takes a month or so to complete – to get every aspect of each bar of the song correct, and in some way, unique.

Srijan: I don’t really listen to much electronic music, but am very intrigued by the sounds that you can come up with computers and synths. I love Rick Rubins’ style of production, and a few electronic artists.

A lot of bands are experimenting with electronic music these days. The obvious reasons would be the excitement of a different genre and the flexibility which technology offers. At what level does electronic music speak to you?

Arsh: Electronic music, especially experimentation with sounds has been a major part of how I’ve always written music or played the guitar. My approach has always been to coat the basic of the song in as many soundscapes as possible. This is quite visible in our work with The Circus as well. It was just a matter of time before I started experimenting with synths, sound design and electronics. This is a natural progression in the learning curve which I had been trying to develop for many years now. I love anything which sounds new and exciting, and that excitement of trying to find a new place sonically is what drives FuzzCulture too. Sound and its manipulation are characteristics at the very root of my personal writing style, and I see Fuzzculture becoming an extension of that.

Srijan: I treat electronic music as I would any other music. You make songs, you play them live. Just the tools for making music are different in my opinion. The thing is, we’re both rock and roll boys and we can’t help but approach music as songs, and not endless loops of grooves.

Looking back at the EP now, is there anything you might want to have done differently?

Arsh: Vis-a-vis the way it sounds, nothing at all. I am very happy with the way the EP has turned out. We went crazy trying to get the mixes right, which we then sent them off to Darius Van Helfeteren (the genius mastering engineer behind Noisia) for mastering.

Srijan: Not a thing. I can proudly say that I’m completely satisfied with the E.P, which is a rare feeling and I hope it lasts. 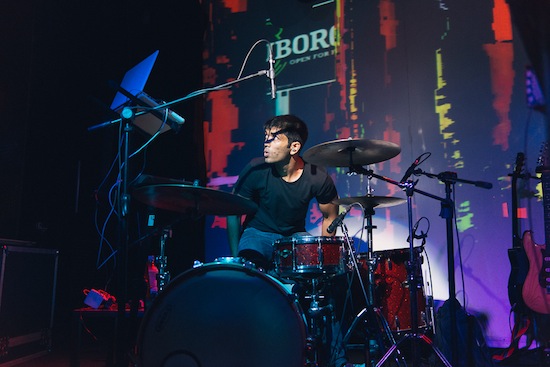 The kind of audience which you attract is still very “rock-n-roll”. Do you think your music might act as a bridge between fans of rock and fans of electronic music?

Arsh: The audience will be very rock and roll as both of us are very rock and roll. It’s hard to erase 15 years of rock school training; not that we’re trying at any level. I don’t know about the people who listen to the music but personally for me it’s all about bridging the gap between rock music and electronic music and any other forms of music. It’s always the marriage between organic and inorganic elements. For example, a core question would be on how to make music made on a computer seem as live as possible, or how to make an instrument as live as the guitar as “un-guitar” like as possible. So, I’m sure it’ll appeal to rock music fans listening to electronic music and vice versa, because we are rock boys making electronic music, and that will always be an integral part of FuzzCulture.

Srijan: Somewhere, I do feel that FuzzCulture is a crossover act that will appeal to both the rock n roll junta and the electronic music junta, and may help them understand more about each other.

If it is helping you widen your fan base, what makes you think so?

Arsh: I don’t really know if it’s helping widen our fan base but I do know that it’s an integral part of who we are. All I know is that I love making and playing the music we make. Its first and primarily for us, and whoever likes it is welcome in our slightly strange camp.

Srijan: I feel people with open minds would like listening to crossover music, thus, they will be open to listening to something like FuzzCulture.

What path is FuzzCulture taking in times to come?

Arsh: Continuing to write songs and playing as many gigs and festivals as we can. As of now, the journey has just begun.

One response to “Interview: FuzzCulture”