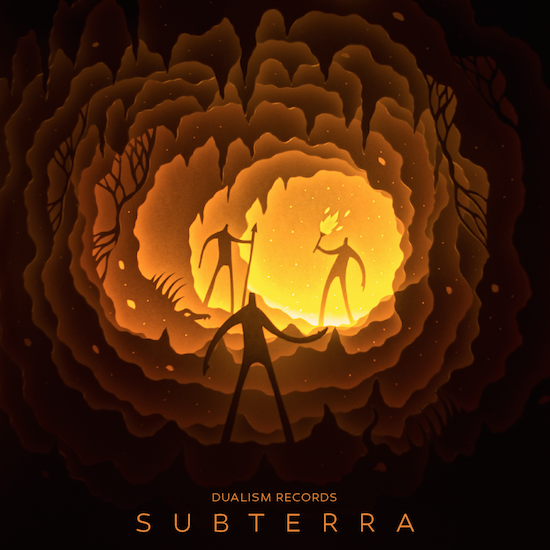 In a first-of-its-kind move for Indian independent music, Dualism Records , the label launched by producer, composer and guitarist Sahej Bakshi, aka Dualist Inquiry , has just released ‘Subterra’, a compilation of eight tracks by eight fresh artists from the Indian electronica circuit.

‘Subterra’ is the second release, but the first ever compilation on Dualism Records, after his successful debut full-length record Doppelganger last year. The label was founded with the objective of functioning as a platform to help fans discover new music, while also helping these artists reach out to a wider audience. With the release of this compilation, Dualism Records takes its first step in this direction. It was also launched with the promise of always giving away music for free, so as to maximise its reach, which it continues to do so with ‘Subterra’.

Speaking about this move, Bakshi says, “I’ve wanted to do something like this for a while, but was waiting for the right time. My peers in the Indian electronic scene have been making some amazing music over the last year, and I was fortunate enough to get to hear most of it because I am in direct, personal contact with them. However, I really wanted everyone else to hear it too, and this is my way of helping that process along a bit.”

He further explained, “The one thing I was looking for in each of these artists is that they don’t belong neatly in one genre, and instead have a sound that is uniquely theirs. Of course, in addition to that, they are talented individuals who have a solid vision of where they want to go, and they really, really love what they do.”

Dualism Records will be printing physical copies which will be available at the launch parties and online stores soon after. The primary platform is the Dualism Records Bandcamp page, where they will allow free downloads of the entire compilation.

The preview of the compilation gives a lovely insight into the style of each producer. While ‘Pastels’ has its own detailed and intricate feeling, ‘Grinding’ is a more club friendly track. Downtempo ‘Fill Your Dragon’ has a clear harmonic touch while ‘Fingerprints And Mugshots’, composed by Raxit Tewari leans towards a very definite pop infused electronica with Tewari’s crisp vocals that are a class apart. ‘Rescue Me’ has a more international pop-ish feel while Madboy/Mink’s ‘Funkenstein’ really stands out as different from all the other offerings in terms of the vocal layering and beats. ‘Good To You’ (dance edit) is signature Sandunes with the layers, heavy dropping of beats and fast paced rhythm. And last but not least, there is ‘Issotera’ (Dal lake edit) by Dualist Inquiry himself.

As with Dualist Inquiry’s debut album Doppelganger, Subterra, too, lays great emphasis on the album artwork. Harikrishna Panicker, the US-based artist responsible for the artwork of Doppelganger, has done the album artwork for the compilation as well. Apparently, both, the label, as well as Dualist Inquiry have an ongoing relationship with Panicker and will continue to work with him for future releases. With Subterra’s cover art, Harikrishnan employed some incredibly unique techniques. Although it may appear so, this is not a digital image, but a close-up photograph of a paper-cut light box. This approach of cutting paper by hand lends the image an incredibly lifelike depth that would be nearly impossible to achieve using digital techniques.