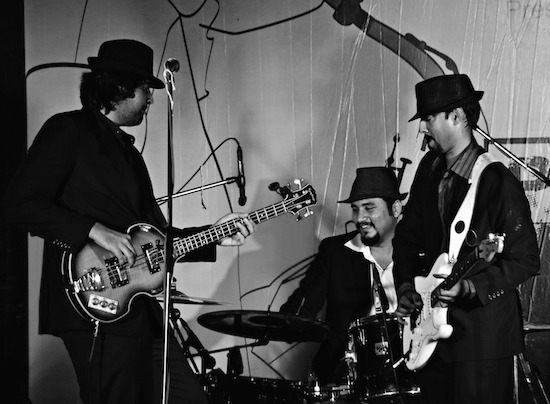 When Buddy Guy threw his guitar picks in the audience at the Mahindra Blues Festival in 2012, people went into a frenzy – the moment became a landmark in the musical history of India. However, it wasn’t as remarkable as Metallica’s tour or even The Police who performed at Rang Bhavan. Yes, true, it isn’t right to compare two artists or outfits belonging to entirely different genres but the fact remains – blues still hasn’t gained the foothold that it deserves in this country. There are multiple reasons for this and some of them stay common to the music scene in the country as a whole – the audience interest, artist presentation, frequency et al. But first, let’s try to understand this demographic and how it all started.

Down To The Ground

Brian Tellis, director at Fountainhead Promotions and Events who host the Mahindra Blues Festival every year gives an insight about the tall task of understanding the genre in order to curate the festival well. “Typically one understood the genre by listening to classic blues players such as BB King and John Lee Hooker. Popular sub-genres include the Chicago blues and the conventional blues. But the truth is that the genre has evolved. There are other genres that have emerged from it in its current avatars. Blues is about angst and movement. There are various stories about it.” Hence, efforts were made for the music to manifest itself in various forms – be it print, live or recorded music. Today, the festival concluded its fourth edition with a stellar line-up which speaks volumes.

Rudy Wallang, the lead guitarist and vocalist for Shillong-based blues band Soulmate avers that tickets were sold out two days before the show – a testimony of how the genre has grown. At the same time, he explained that groundwork needed to be done by the band in terms of spreading awareness about the genre and its beauty. “Blues is not pop or heavy metal; there is a niche crowd that listens to the music.

There needs to be passion for anyone to be able to play the blues or even listen to it with dedication,” he says. “When we started performing a decade ago, we began by showcasing how the music that was popular actually had its roots in the blues.” Wallang thinks that apart from dedicated blues festivals and events, popular properties such as the Bacardi NH7 Weekender and Storm Festival have also played a role by including blues artists in their line-up. “It has allowed us to spread the music among young audiences and now we have a demographic from 16 to 60 year olds attending our shows.” Yet, it’s all happening in a small way. 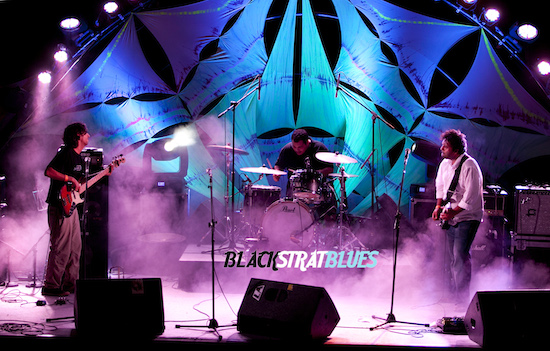 The blues is about musicianship. It is not a youth-based genre and one has to pay attention to the intricacies in the sound. “So, a college kid won’t attend a blues festival as the beats are not fast enough for his headspace and there will be extended guitar solos. So, you have to change the experience to suit the perception and also, a buzz needs to be created frequently,” says Luke Kenny, Programming Head at 9XO and Festival Director at Simply The Blues.

Will people go to a club to hear a blues band play every week? Will a consistent or a different audience come for a Tuesday night of blues? “We won’t know ‘till it’s tried,” Kenny affirms, “blues is a fan-based genre and not a lifestyle or experience based genre like electronic dance music. More or less it’s the same people going to Mahindra Blues every year.” He further questions, “is the genre growing within the audience and vice versa?

Kenny’s question is countered by Tellis when he speaks positively about his radio programme ‘The Blues Show’ on 94.3 FM. Tellis has found that people are getting interested and involved with the genre since he started the show over 2 years ago. “Sunday night from 10pm to 1am is not the best slot in the given week but three hours of content is brilliant. It was helpful to reduce the average age of the blues and do away with the perception of the blues as a tired, has-been kind of genre. It meant exposing listeners to blues rock and inflections of the genre.”

Tellis thus plays R&B, jazz and gospel music as well and has people writing into him appreciating artists and saying that they bought a CD or downloaded the music from iTunes. The creation of promos infused with trivia has also created interest, generating points for people to get into the show and find something that resonate with them.

Where Are The Artists?

Let’s try to name a few popular blues artists from India. Probably most would be able to name the two obvious ones – Soulmate and Blackstratblues. Both bands are brilliant and have been there at all the festivals with the same people attending their gigs in the cities they perform.

Kenny shares, “we did Simply The Blues for one season as a platform for blues musicians in India and realised that we showcased whatever was there. After that we got calls from those who aren’t blues musicians asking if they could do a blues set.” He believes that there are very few artists staying true only the blues.

Kenny concludes that having one festival a year won’t really help as people attend it for the sake of it and don’t care about the music. Wallang agrees with this phenomenon when he says that of all the attendees at Mahindra Blues, 15 per cent come to see what the fuss is all about. However, with young artists such as Johnny Lang and Popa Chubby taking to the stage, there are those who feel that they can now perform the blues.

However, Wallang believes that playing the blues is not everybody’s cup of tea. “It’s a different form of music altogether. You have to feel it and be honest when you play. It is not about learning scales or chords. You have to be emotionally naked on stage. You cannot hide what you feel, and if you are not honest with yourself the audience feels it.”

Yet, when you have people swinging to Zac Harmon’s harmonies, you know that it’s more about the music. You know that there are those who still say, “the blues is my soulmate.”